Every four years, the amount of Bitcoin awarded to miners is halved, this event is known as BitCoin halving. We will explore this today 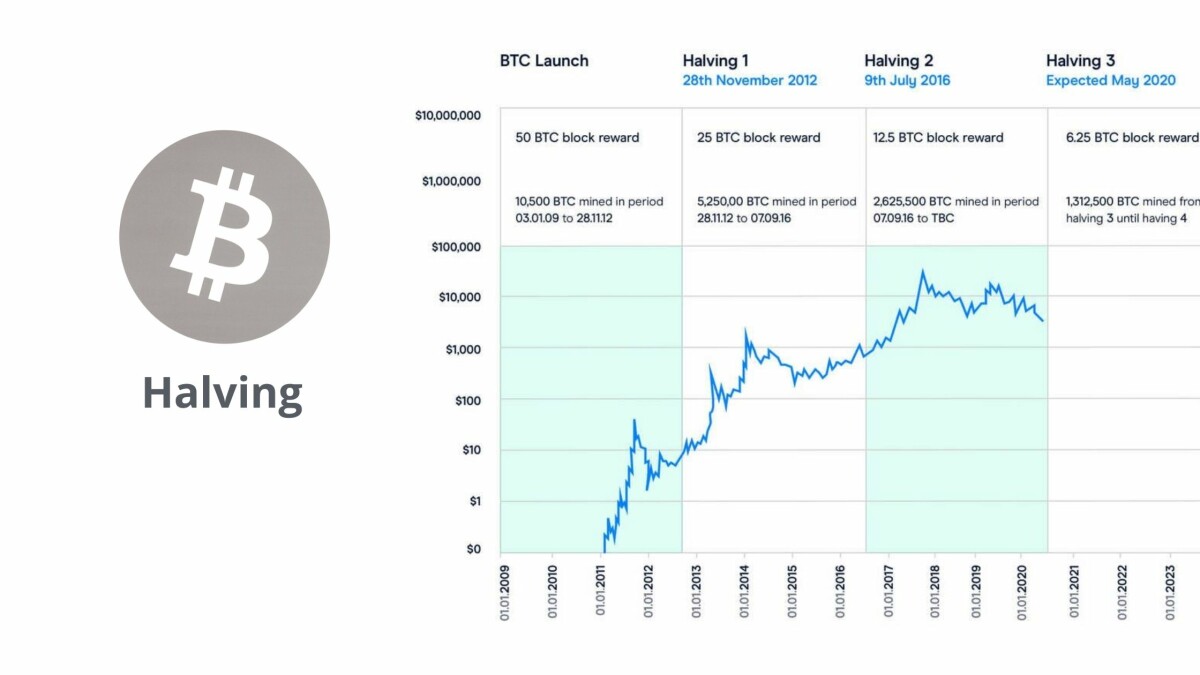 Bitcoin is rightly touted as a store of value and is seen as digital gold by many crypto investors & enthusiasts. One of the contributing factors that makes it a valuable asset to hold and preserve is its Reward halving cycle. This event makes it more scarce and increases the demand due to supply shock which creeps up.

Today we will look into this unique phenomenon and understand how it functions and why it enhances the Bitcoin value.

What Is Bitcoin Halving?

Before we delve deep into this question we need to understand what are the underlying technology which powers the bitcoin network. So we will cover the following concepts briefly

Bitcoin's blockchain network consists of hundreds and thousands of nodes(computers) that run the bitcoin client (mining ) software, these nodes stores all the transaction history across the network. These nodes are owned by common people or businesses and are distributed across the globe. The key role of these node owners is to approve or reject any transaction in the network.

How do they verify the transactions?

Every node who participates in the blockchain network as a miner runs a mathematical operation and performs a series of checks to validate the transaction for correctness. They check all the parameters in consideration are valid. For example, nonces of the concerned transaction should not be exceeding the length of the block which is pre-defined as a rule in the blockchain.

Every user who owns required computer hardware and has software installed to run a bitcoin client, and if he plugs his node in the blockchain network he is treated as a miner. These miners engage in the network to process the said transaction and validate it for correctness, this process is known as BitCoin mining.

Now that we have understood the bitcoin mining concept, we also need to discuss the consensus mechanism which is employed in the blockchain network to validate the transaction and proof the same that it has been done.

The answer lies in the lucrative mining reward which is handed to the miners for authentic and successful block mining against the said transactions. Miners get back. But it is not as straightforward as it sounds.

The value of rewards depends upon the capacity and quality of mining hardware. The more power and hard work which gets into the mining process leads to higher rewards.

Bitcoin mining process to get new bitcoin out of the code is the digital equivalent to the physical work done to pull gold out of the earth.

Now that you are aware of all the technology in play, its time to revisit our BitCoin Halving concept and see how it works

How Does Bitcoin halving works?

As discussed earlier bitcoin halving occurs after every four years. Bitcoin’s most recent halving took place on May 11, 2020. Bitcoin block halving is a pre-coded rule built into the software protocol with the simple objective to gradually reduce the supply issuance. Bitcoin first experienced the halving phenomenon in 2013 where the reward value for successful block mining reduced from 50 bitcoin to 25 bitcoin and

Bitcoin halving event triggers after every 210,000 blocks being mined, which happens to be roughly after four years. The miners' reward for processing transactions is cut in half, with this halving cycle. It is imperative to know that this halving also cuts the rate at which a new bitcoin is released into market circulation. This event can continue to exist till the year 2140, so what will happen to miners reward, will they mine any further bitcoin, no by rule this will cease to exist, but there will be a fee that will be paid to the miners for processing transactions that will be paid by network users

History Of halving Event Till Date?

What Is the Significance Of  Bitcoin Halving for Investors?

This event is of prime significance as this also leads to a supply shock and makes Bitcoin scarce and valuable to hold.

So if you are a long-term investor this event is a positive sign for you.

Though many investor & miners are well informed about the value associated with this halving event, the evidence from the market also proves this hypothesis, with every halving the market does react with positive sentiment thought that reaction has not been so significant, but psychologically it does instill the confidence among all who are hardcore bitcoin fan(I am one of them for sure)

Even though radically no logical cause-and-effect relationship exists between halving and prices, the narrative it sets does increase the market participations which also impacts the price in a positive manner.

Empirical evidence does show that bitcoin price tends to rise in anticipation of a halvening, often several months prior to the actual event.

This article was first published on Medium, Here is the link,