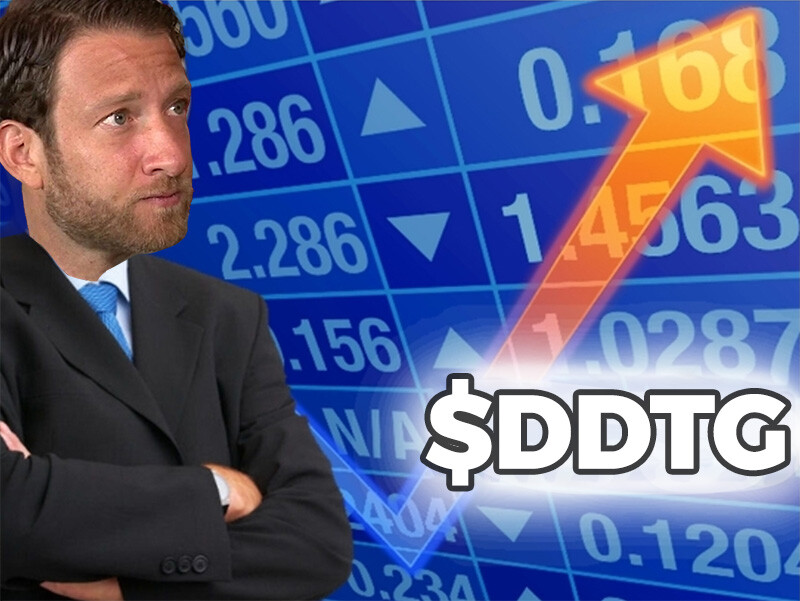 One of the strongest use cases for memes is most evident in the crypto-verse and provides for some seriously entertaining commentary about the state of the ecosystem and contemporary culture. From funny to not so funny, they are indeed a graphic representation of society and mindset in the 21st century. "Meme" etymology as described in the dictionary - an element of a culture or system of behavior that may be considered to be passed from one individual to another by non-genetic means, especially imitation. a humorous image, video, piece of text, etc., that is copied (often with slight variations) and spread rapidly by Internet users.

So this brings me to the subject at hand and your attention to the virality of Barstool Sports founder Dave "El Pres" Portnoy (1.7 million followers on Twitter) that is playing out across the interwebs and socials, spreading like a virus to all four corners of this bright little cosmic speck of dust, we call earth. Twitter recently went absolutely mental and seemed to reach a premature ejaculation event as "El Pres" started tweeting about "Bitcoin" and asked the Winklevoss twins (Owners of 1% of all Bitcoin) to educate him about "Bitcoin" which actually resulted in a House Call from the Winklevii, at a secret location in Nantucket. "El Pres" told them that the Crypto people were in his ass and he needed to get them out, then proceeded to discuss in layman's terms how to use Gemini exchange which of course is owned by the Winklevii.

After El Pres went through the process of buying Bitcoin ($200k) and Chainlink ($50k), he mentioned an idea to create the DaveCoin, and perhaps this is just a very big joke or part of an elaborate strategy by El Pres to take over the world and stick it to the Suits and the mighty US Treasury as well as the now defunct US$. The twins advised El Pres not to do a pump and dump coin and that his coin should have some relevant utility in order to be viable, this was left open and El Pres might or might not have more discussions with the twins. 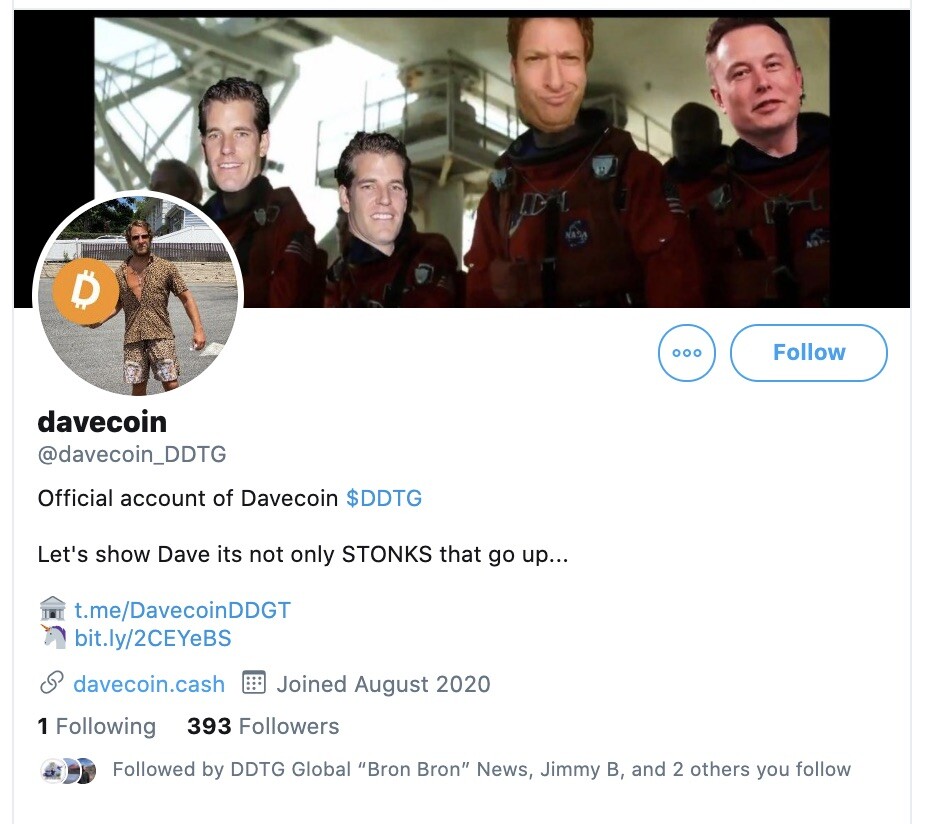 Most memes, in reality, have an element of life imitates art or visa versa, and so $DDTG found it's genesis in this confluence of madness and comedy, the developer is on a mission although done in a humorous and tongue n' cheek way. I have linked their site and socials below, needless to say, this meme token "$DDTG" and their mission is a noble one to get the attention of a media mogul and spread wealth and good cheer in a time when the world has gone to shit and the call to cancel 2020 is growing louder, bring on 2021.

A series of posts about tech companies and startups that are disrupting a multitude of industries from cars to lifestyle, and everything in between, we will cover many different aspects of new and innovative projects that are giving us a glimpse into the future.