Nigerians taught us a great lesson: How to win a battle against Ebola

This post is dedicated to all brave Nigerian women and men who contained Ebola outbreak in 2015.

I don’t know if you realized this but thanks to their effort we are still over 7 billion people on this planet. You may ask me why?

Covid19 is a virus with a relatively medium death rate, which goes from 2 to 14%, it depends mainly on each country’s health infrastructure where Italy has proven to be totally unprepared for this and there are certain factors related to Covid19:

I didn’t investigate much about Ebola. But Ebola is known as one of the most mortal diseases on this planet.

This disease isn’t new, it comes from isolated provinces of Democratic Republic of Congo. Once it made it to its capital Kinshasa, it started to spread to other countries.

It’s death rate goes between 25% to 90% depending on a strain and population, it’s average death rate is 50%. This is something we can only compare to black plague from the Medieval Ages.

Between 2014-2016 Ebola did a nasty outbreak in Western Africa – the most affected countries were Guinea, Liberia and Sierra Leone. There were total 28,652 cases with over 11,325 death.

But what happened in Nigeria?

There were only 19 laboratory confirmed cases with 8 deaths.

This has been extraordinary result for the most populous country of West Africa.

I don’t know if people realizes this, but if the situation weren’t cointained in Nigeria it would have spread to many more countries because Nigeria is the most important country in terms of economy, business of whole Africa.

I saw a movie about it on Netflix on how the irresponsible Patrick Sawyer flew into Nigeria despite he was ill and how all the members of a private hospital in Lagos were able to hault and cointain the deadly ebola over there.

If you read about it, Nigerians disinfected their national airport.

“Health officials used a variety of resources, including phone records and flight manifests, to track down nearly 900 people who might have been exposed to the virus via Sawyer or the people he infected. That group was monitored for symptoms for 21 days. Those under observation were required to check in with officials twice a day to provide health updates, according to The Independent.

If someone was showing symptoms or failed to provide an update, that person was checked on.

As soon as people developed symptoms suggestive of Ebola, they were isolated in Ebola treatment facilities. Without waiting to see whether a "suspected" case tested positive, Nigeria's contact tracing team tracked down everyone who had had contact with that patient since the onset of symptoms.” (BusinessInsider.com)

Do you know what I admire about Nigerians?

I could learn very little about them.

I don’t mean the fact, that Lagos is a capital of Nigeria or the amount of millions that live in Nigeria or that they are leading oil producer in Africa.

I refer working with them in our VA team, they are hardworking despite all the hardship they are living in their country – hard economic conditions, power outtages. Despite that they are one of the most distinguished Trenndians, cold numbers and stats speak by themselves.

What I admire about Nigeria’s effort to halt Ebola?

They were capable to do it. They won a battle over Ebola. I don’t want to diminish Covid19 importance, but Ebola is a much bigger deal than Covid19.

If Nigeria didn’t halt Ebola, there would be hundreds of millions people less here today because it would spread to many other countries.

They managed to cointain this because they were highly organized, consistent, disciplined, persistent – all the qualities that a leader should have.

I bow in front of them, they honestly did a much better effort than health authorities and governments from many countries today.

Even China, where the outbreak of Covid comes, was capable by organized effort of the best doctors, construction workers to build hospitals and infrastructure to cointain Covid19.  Despite all the criticism towards China, Chinese did much better job than people from other countries; and I say that even if I am not a fan of their government.

I propose the following the people who were able to cointain this outbreak should travel, give conferences and they should become an advisory staff of other governments which have proven to be inefficient in responding to this pandemic.

And if you are unsatisfied with them and they don’t do anything, vote for the opposition party, it’s a democracy and you have a right to choose better representatives if there are still some.

We have to admit that a lot of countries (I’m not mentioning them because I don’t wanna cause any hard feelings) failed to cointain it and were completely unprepared towards this pandemic. The solution is also to change completely stuff of health secretaries and pick new capable people with expertise and enough experience who are able to act fast.

Therefore I dedicate this post to all Nigerians because they were capable to act really fast and do something what we apparently cannot do in our western countries. We sacrificed health of our citizens because of economic purposes, and there would be no need to exclude elderly in Italy from their right to have a proper medical attention. I hope we get this lesson. 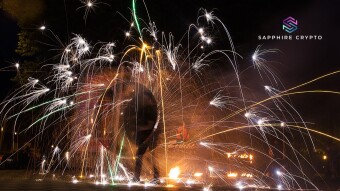 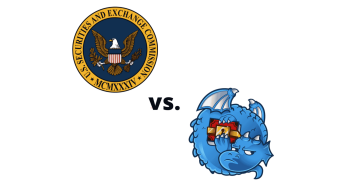