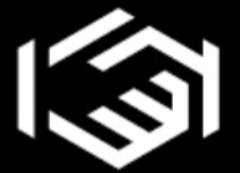 Two Blockchain Based E-commerce Platforms Which Could Disrupt Legacy Enterprises

With Ecommerce expected to account for 95% of all purchases by 2040, there is no market more ripe for disruption by blockchain than ecommerce. That's because, just as with legacy social platforms like Facebook, the current ecommerce giants have just as little respect for our data and participation in the online economy. And when people are presented with alternatives built on blockchain technology that show them more respect, they will certainly avail themselves of it. Enter Permission.io and Pi Network.

As it's the one further along in its development, we'll start with Permission.io. Permission is helmed by CEO Charles Silver, a seasoned business veteran who got his entrepreneurial start in the quick oil change business in the 80's. After some success he sold his businesses for a good sum and became interested in the newly emerging internet. His next endeavor was also successful, a website I personally remember using many years ago called RealAge.com. His many years as an internet entrepreneur, as well as the overall experience of the team, give Permission.io a bit of an advantage over the Pi Network in their respective ambitions of building a successful ecommerce platform in my opinion.

One thing Permission and Pi have in common is they will both be attention based marketplaces. Much like Brave's popular Basic Attention Token concept, it simply means that, rather than users being bombarded with ads they didn't ask to see, they opt in to ad exposure, and in exchange for their attention are rewarded the respective platform's native cryptocurrency. When you shop on Permission, you earn Permission's native ASK token in exchange for seeing ads, making purchases, taking surveys and more. Along with promises to secure privacy of data via encryption, this fosters a greater sense of trust between the platform and its users. Users in turn will be able to spend ASK and other cryptocurrencies on the Permission platform. 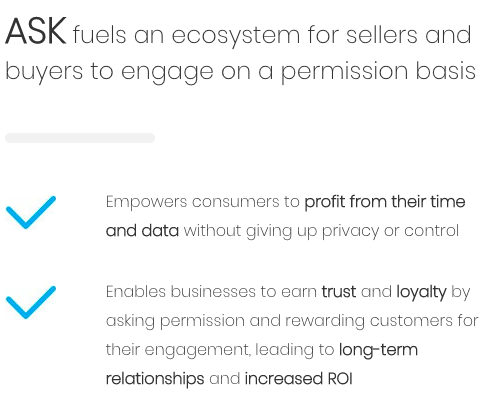 Built on its own independent blockchain (a fork of Ethereum actually), Permission also has an SDK in the works for developers to build Permission based apps... "that allow any business to adopt the Permission model and use ASK to meet consumers’ increasing demand for rewards. Widespread use of permission-based apps will incentivize the currency’s growth and enhance its compounding effect." In theory this could be huge. Shopify, or even Amazon huge.

Pi network meanwhile, has been in development for significantly less time. But as Pi and Permission are creating rather different products, I'm not sure there will be a great deal of overlap in competing for their respective markets. Permission looks sharp and is led by some very experienced people with plenty of connections in the ecommerce world. Getting a later start, and not having the same caliber of business leaders on their team, I believe Pi will have their work cut out for them. Certainly onboarding a few million users to their pre-product launch app will help. While right now that number is closer to 1.5 million, there is no reason to think they won't have several million by the time they launch their attention based platform some time next year.

Like Permission, Pi is also a fork of another major blockchain, in this case the Stellar Network. Right now the Pi app is functioning as a simple centralized database keeping track of the Pi tokens earned by their early users they have dubbed "Pioneers." The app appropriates the term 'mining' to draw users to it in exchange for what amounts to a slow but generous daily airdrop of Pi tokens in an effort to build a pre-launch base of users. Like ASK, Pi currently has no market value and is currently not listed on any exchanges (Permission, by the way, assures us they are in talks with the world's leading exchanges). The founders wanted it this way, as they wanted a more equitable distribution to users the world over regardless of their economic status, an approach I appreciate. Exchange listings are expected next year however.

Pi aims to build the world's most inclusive peer to peer ecommerce marketplace. Not exactly a small ambition, and one the details of which have been a bit slow in forthcoming. If you read their FAQ for instance, it is entirely about the introductory app, and includes literally nothing about the actual product/blockchain they are working on behind the scenes, though there is a fair bit about it in the white paper. But as white papers are difficult for most non tech literate/non crypto enthusiasts to understand, this is of minimal help for a product whose aim is to be inclusive of the everyday person. This has led to some confusion and lack of compelling interaction with the app, causing many who initially join to abandon it, as it isn't being made clear enough exactly what it is, and that this is not the actual end product. Not being able to do anything with their Pi, many simply get bored of it and give up. Most don't even seem aware that the phone mining is not going to even be an enduring feature and will be coming to an end in the relatively near future. The tokenomics also so far seem to be completely up in the air and are to be revealed at a later date. 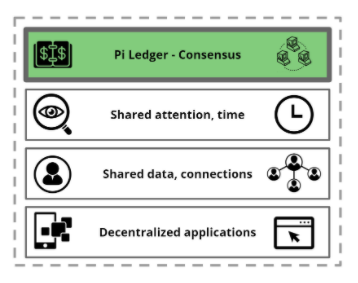 In the meantime, the best we can do is turn to the white paper. Priding themselves on a low barrier to entry, Pi opens with these hugely ambitious statements.

Our Mission: Build a cryptocurrency and smart contracts platform secured and operated by everyday people.

And then goes on to outline a marketplace where users will be able to leverage their attention to earn Pi from companies who want it, which they can then use to purchase different services, as well as procure exposure for their own content, services and products. The white paper offers ideas such as virtual storefronts where users can sell anything from a spare room they have for rent, to gig economy services which avail one's talents, whether that be programming, website building or whatever other skills one may have, and claims that over time Pi's value will be supported by a growing number of these exchangeable goods and services.

Priding itself again on low barrier to entry and a fair economic distribution model, Pi aims to build a truly distributed network with plans to introduce node software that the average person could avail themselves of with a simple laptop or Raspberry Pi. They also very much believe energy consuming Proof of Work coins are old news and tout their use of the Stellar Consensus protocol as being among the most energy friendly of any crypto endeavors with large scale ambitions.

From the somewhat vague ambitions expressed by the Pi white paper, I can only conclude that while Permission will be challenging the traditional physical goods platforms like Amazon, Overstock etc.,  Pi Network, initially at least, will be geared more toward disrupting sharing economy and gig services platforms such as Air BnB and Fiverr with its peer to peer platform. Though they by no means rule out the sale of physical goods, the white paper does not seem to focus on it.

As we are clearly still in the very early and speculative development stages of these projects, and the introduction of cryptocurrency as a whole to the world at large, it is obviously too early to make even an educated guess as to what chance these two platforms have at disrupting the legacy enterprises who have gotten filthy rich off of exploiting us and our data, but these are two of the most promising ones I have come across. With their very experienced leadership, I personally believe Permission especially has a shot at making inroads into these markets.

Are you aware of any other blockchain based ecommerce start-ups that are endeavoring to disrupt the legacy enterprises? If so I'd love you to mention them below.

If you want join Pi network to earn some Pi (and support my writing in the process), you do need an invite. Please use mine 'CryptoScrimper' here 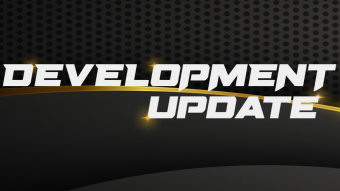