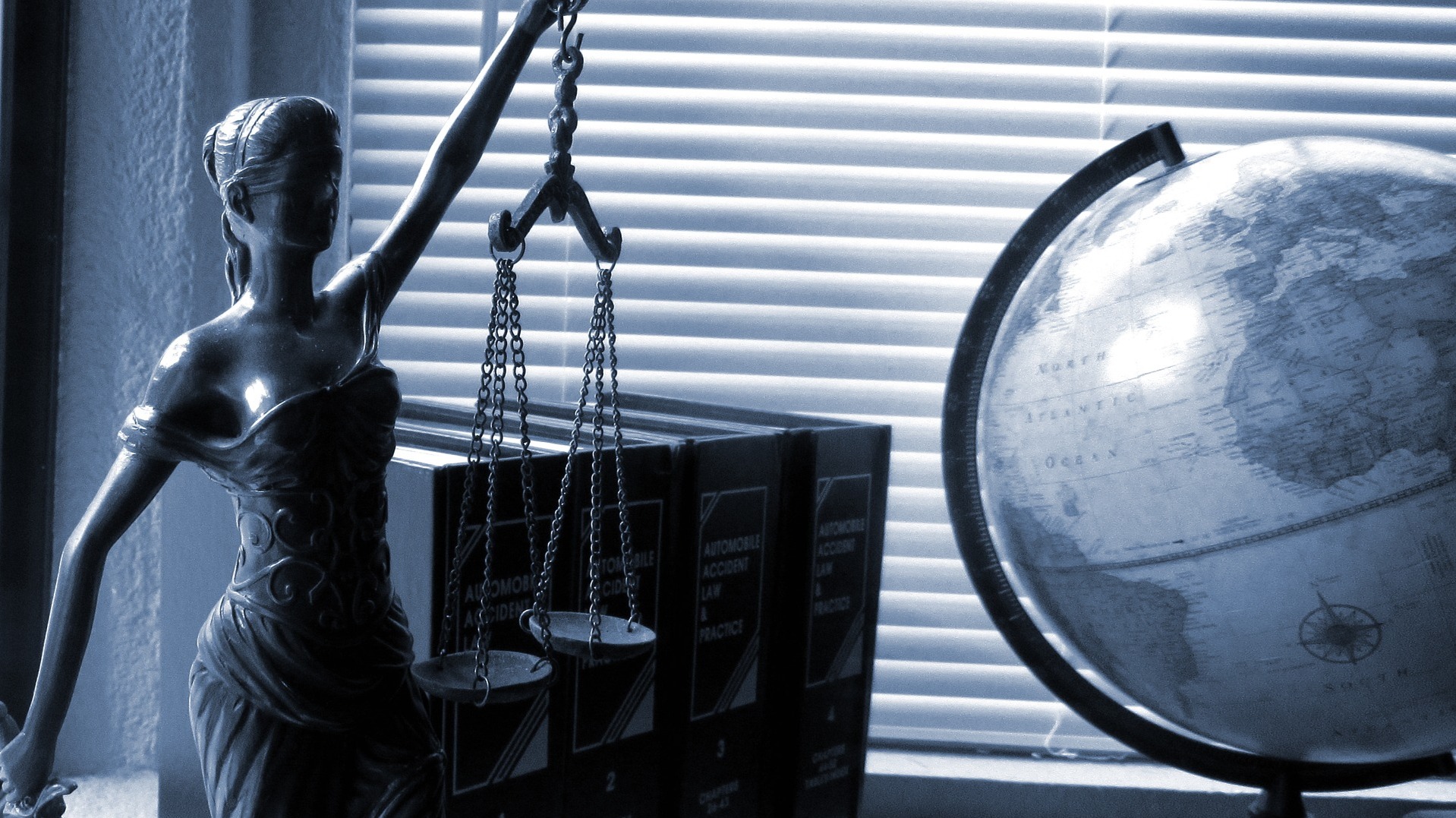 An Overview of Digital Currencies’ Regulatory Landscape in 2019

During the past decade, ever since the development and deployment of Bitcoin, cryptocurrencies as a concept as well as the subject whether they’re viable mediums of value exchange or not, sparked a wave of skeptics, financial and political regulators, and banking institutions among other gov-backed organizations to dive into the distributed ledger scene and try to access the newly-generated self-sustainable market of decentralized digital assets by their own terms.

In this article, we’re taking a closer look into the regulative approaches as cited by different countries, and/or financial power-brokers subjecting cryptocurrencies under various branches of the current legal financial system, or even creating clean-cut virgin laws tailored to the newly-created digital asset class.

Crypto Legislation in a nutshell

In 2009, Bitcoin’s launch introduced both laypeople and financial institutions to blockchain technology while offering specific supply at a time when the respective demand was absent. During 2013-14 many of the first official governmental statements -including warnings and guidance reports- regarding Bitcoin’s function in the economies were released.

Today, the number of jurisdictions that are involved with or have expressed interest in digital assets is rapidly increasing; and for good reasons. Notably, scientific interest towards the world of digital assets has been following the same trend with various academic research attempting to shed light on related topics.

For example, the Cambridge Center for Alternative Finance, of the University of Cambridge, in collaboration with the Nomura Research Institute (NRI) recently published a comparative analysis of the global status of digital asset regulation.

In this study, researchers offer a theoretical framework to understand regulatory applications and investigate potential challenges that should be taken into account by regulatory bodies. The main topics of the study include the regulatory authorities that are involved, current terminology and classification of digital assets and related activities, and regulatory processes and responses.

As the researchers stress in their study, before delving any deeper into the innovations and challenges of blockchain technology, it is important to distinguish between the right terminology.

Until 2014, the term “Bitcoin” would be used as an umbrella term for all blockchain-powered technologies. However, today albeit there’s no standardized vocabulary, there seems to be an unwritten consensus regarding the interchangeable use of the terms “cryptocurrency”, “digital currency”, “virtual currency” (‘currency’ can also be replaced by ‘asset’), with the term “virtual currency” being the most frequently used.

Already since 2013, regulators have expressed their concerns on how to ensure at the same time financial stability as well as protection for the consumer. Some are worried that digital currencies could enable criminal activities, such as money laundering and tax evasion, while others believe that an unregulated peer-to-peer economy could threaten the stability of our societies.

Therefore, the basis of the regulatory framework would depend on one’s definition of “virtual currency”. Most jurisdictions so far distinguish between digital currencies with a case-by-case examination based on whether the currency meets the qualifications to be considered a security or not. Some have even gone further and classified the cryptocurrencies into 3 categories: payment tokens (or exchange tokens), security tokens (or investment tokens) and utility tokens.

Depending on the jurisdiction, there can be several authorities engaged with establishing a legal and regulatory framework. It is often the case that the spheres of different regulatory authorities overlap; on average, 3 different national bodies per country have been involved with issuing official statements (or warnings). Nevertheless, central banks have historically been the first body to issue statements succeeded by ministries and financial supervisory bodies.

When it comes to the various policy-legal frameworks that have been proposed, one can spot the emergence of some patterns among different jurisdictions, as a study conducted in 2018 by the Policy Department for Economic, Scientific and Quality of Life Policies of the European Parliament showed.

First of all, it is worth noting that since 2013 more than 30 jurisdictions have issued notices warning consumers and investors about the potential dangers when dealing with unregulated cryptocurrencies, especially in the case of a theft or a capital loss.

On the one extreme of the regulatory spectrum lies the approach of completely banning any and all activities related to digital assets. Examples of this approach would be jurisdictions such as Algeria, Bolivia, Egypt, Iraq, Morocco, Nepal, Pakistan, United Arab Emirates, and Vietnam.

An interesting variation of this approach can be found in Qatar and Bahrain, where all crypto-activities are banned but only within the respective local economy. Some other jurisdictions have imposed indirect constraints by excepting local financial institutions from facilitating transactions involving virtual currencies. Examples of this approach can be found in Bangladesh, Colombia, Dominican Republic, Indonesia, Iran, Kuwait, Lesotho, Lithuania, Macau, Oman, Saudi Arabia, Taiwan, and Thailand.

Moving further along the spectrum, although some governments would not proceed in recognizing cryptocurrencies as a legal tender, they develop a crypto-friendly regulatory regime as a means to spur investments in tech companies. Spain, Belarus, Cayman Islands and Luxemburg have adopted such an approach.

On the other extreme of the spectrum, come the jurisdictions that have decided for the issuance of a state-backed digital currency. China, Venezuela, Lithuania, Ireland and the Marshall Islands have so far made such announcements. In addition, eight island economies of the East Caribbean Currency Union have entered an agreement with the East Caribbean Central Bank (ECCB) to issue and adopt a new digital currency.

According to the authors, bespoke regulation is considered the most innovative approach as it entails the issuance of new laws/regulations that specifically regulate digital currency activities. Countries with lower crypto activity usually are followed by more bespoke regulations offering more flexibility. Some example jurisdictions that have adopted a bespoke regulatory approach are: Abu Dhabi, Bermuda, France, Gibraltar, Israel, Malta, Mexico, Russia, and Thailand.

More powerful jurisdictions are more likely to respond with existing regulation; that is, the application of existing laws and regulations. In that way, they respond faster to the challenges which are more present and complicated in countries with high crypto activity. Example jurisdictions with such a regulatory response are Hong Kong, India, China, South Korea, Switzerland and the USA.

Lastly, the third regulatory response that the study identified is the ‘retrofitted regulation’. More specifically, a regulation as such essentially broadens the scope of an existing law to secure certain crypto activities. Examples of retrofitted regulations have occurred in jurisdictions such as Australia, Canada, Estonia, EU, Germany, Japan, Singapore, and the UK.

A notable fact that shows the manifestation of regulators’ concerns regarding the safety of digital assets is that all jurisdictions in this study have brought at least one crypto activity under their Anti Money Laundering (AML) and Counter-Terrorism-Financing (CTF) regulations.

If you are a tech company that is wondering where to start up, there are basically three broad options:

Overall, we are experiencing a peak in global regulatory attempts that focus on different aspects of the market and are serving different incentives respectively. Hence, this is the era through which the first (possibly, legally binding) foundations will be laid over for future innovations.