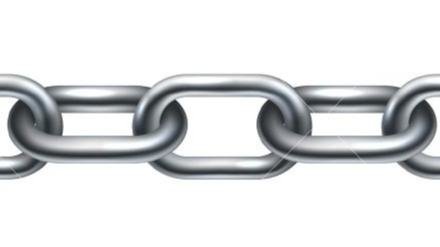 The world currently has technologies that in 2020 we can define as "advanced". It seems stupid, but sometimes cutting-edge technologies are developed but not applied in areas that are required and that could reach unimaginable levels of development.

Blockchain technology (BCT) is a digital innovation introduced in the IT-financial field for several years and when it is named the first association that comes to mind is Bitcoin, a cryptocurrency.

In reality, its potential is very high and its applications are innumerable, one of them all: healthcare and the national health service (NHS).

Let's start from the beginning, what is the Blockchain? The BCT is a distributed digital ledger, a system for storing and saving data on a decentralized network. There are two fundamental aspects: how the BCT saves data and where it saves them. As for how, it must be said that this technology makes use of highly sophisticated functions that reduce a series of information to a universally readable data string (hash) and of defined size. This is where the second aspect opens, the string obtained from the starting data must now be stored inside a block, a box, which is then sealed and placed at the end of a chain within a network. It's not over: to make this technology safe, immutable and transparent, in fact, every participant in the network (called Node) saves a copy of the blockchain in real time and that is why no one can modify it.

Today public health does not excel in functionality and some see it almost collapsing. In fact, there are certain areas that are not doing well. Let's consider an example: a patient on therapy with a certain drug, wanting to skip the queues at the doctor, goes to the pharmacy and requests that drug without having a medical prescription. Normally the pharmacist at this point refuses the possibility of having it to the patient, but we assume that he gives it to him anyway. Who supervises this work?

Let us now look at the case of a doctor who visits a patient and incorrectly prescribes a drug. Who conducts a performance check?

By integrating an advanced system such as BCT into the NHS, an almost utopian situation would be created for the present day, where every single patient's history would be written in a clear and universally readable way within a network accessible by professionals in the sector. Prescriptions would be immutable, unsophisticated, and healthcare spending would be strictly controlled. The doctor would visit the patient, produce his prescription which would be saved in the first available block. The patient would have the possibility to collect his drug in any pharmacy in the area by simply showing a card or an app and no one could dispense quantities or dosages other than those prescribed.

Tokenization of the world.

Pharmacies, in particular, would be called to be the nodes of the decentralized network of the NHS. This means that it is possible to implement a system of tokens and smart contracts within the BCT as layer one. What does it mean? Well, imagine a token with a monetary value within the healthcare circuit and with which to purchase healthcare / pharmaceutical services. Then imagine the contracts between doctor and patient, which can be spent entirely within the BCT. The first step towards world tokenization is done. This is just an idea but the future is all to be written.