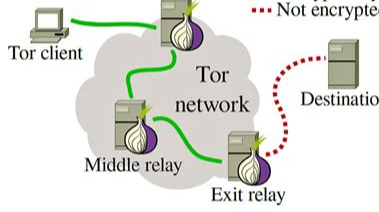 TOR: Necessity for the Dark Web

"To advance human rights and freedoms by creating and deploying free and open-source anonymity and privacy technologies, supporting their unrestricted availability and use, and furthering their scientific and popular understanding."

The Tor Project officially popped up as a 501(c)3 nonprofit in 2006, and since then has become a safe haven for the protection of a free web.  But did you know that the idea was there since the 1990s?  At that time, it was becoming apparent that as useful as the internet was, tracking and surveillance were also simple.  At the U.S. Naval Research Lab, developers were coming up with a way to create a way to mask or conceal internet connections.   This resulted in what we know today as The Onion Routing or TOR.

If you have never heard of or are unsure what TOR is, it works as a way to make it extremely hard to identify who does what on the internet.  It does this by using layers of encryption.  Think of this as good old fashioned snail mail.  On every envelope or package, there is a receiver address and a sender address.  The internet functions pretty much in the same way.  Imagine mailing a letter and having multiple envelopes in multiple envelopes.  When it gets to one address, it gets opened, and there is a new address.  It gets mailed again and again until the origin is forgotten.  TOR makes your data like an onion, in that way, with many layers.  In the end, it is challenging to know where it originated from.

Now for the interesting part, who would use this?  Generally speaking, this process of bouncing around nodes makes things safer, but it also slows down the surfing process.  This can be used to enter the dark web.  Sounds terrible, but it depends on how you use it.  The dark web is a version of the internet with no restrictions.

For those that live in oppressive countries, this is a way to get to the international community and even social media.  Ironically, companies like Facebook have their own dark website.  So if they don't have your information for sale due to location, they can still get it and sell it to the highest bidder.  Also, Pro Publica offers a dark website as well and promotes publications without fear of retribution.

For the freedom of speech, the Darkweb is necessary.  Whistleblowers and movements such as the Arab Spring or Free Hong Kong movement require this tool.  Between the need to get through iron firewalls and social PC firewall, this is crucial. Unfortunately, it also opens the floodgates for illegal activities such as drug trade and worse.