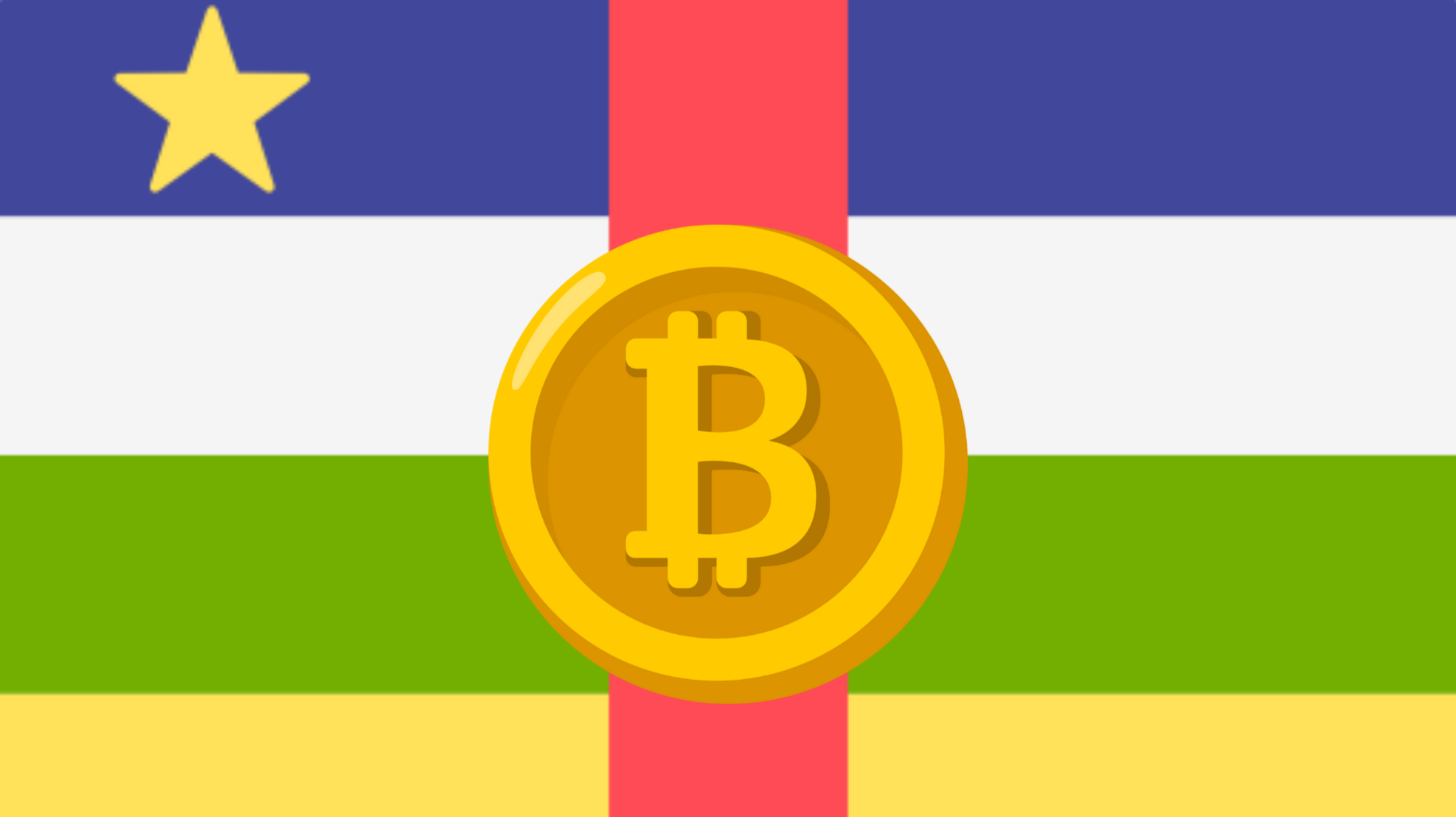 Why Did The Central African Republic Adopt Bitcoin As Legal Tender?

By CryptoChad | CryptoNews; The latest about the cryptoverse | 29 Apr 2022

Central African Republic (CAR) has officially declared Bitcoin a legal tender and becomes the 2nd country in the world to do so after El Salvador adopted Bitcoin last September. Why did the country adopt Bitcoin and how will it impact global finance?

Last week the deputies of the National Assembly passed a law recognizing Bitcoin as an official currency alongside with West African CFA Franc. On Wednesday it was approved by the republic's president Faustin-Archange Touadéra, who reportedly said that the exchange rate between Bitcoin and XAF will be determined by the market. Tax payments will also become feasible in Bitcoin through government platforms.

It's a historic milestone for Bitcoin and cryptocurrencies in general as more countries are exploring the potential to adopt crypto as legal tender. In this article, we will discover the situation of CAR and the reactions to the declaration. Last but not least, we'll try to understand the potential consequences to global finance and the steps of other governments in regulating cryptocurrencies.

What's the current situation of the Central African Republic?

According to the World Bank, the Central African Republic is one of the world's poorest and most fragile countries. It's engaged in a devastating civil war with the government controlling the west and paramilitary rebels occupying northern and central sparsely populated regions. There are more than 632,000 refugees abroad and 630,834 internally displaced people. In recent years, the government has become a close ally of Russia in an effort to fight rebels and Russian mercenaries have been stationed in Bangui.

The economy relies on exports of gold, diamonds, and other minerals. In 2020 economic activity remained at 0.8%, more than 2 points down from the 2019 level. Agricultural infrastructure is inadequate, power and resources are consolidated by a small elite and the FCFA is backed by France which has a massive influence on the country's economic sovereignty as the former colonial power. Over 71% live below the poverty line.

What's the reaction to the adoption of Bitcoin in the Central African Republic?

The adoption of Bitcoin has culminated in both encouraging and critical statements.

Obed Namsio, chief of staff to Touadéra characterized the move as "a decisive step towards opening up new opportunities for the country". Another spokesman, Albert Mokpeme, said yesterday "By legalizing the use of Bitcoin, CAR hopes to attract investors" emphasizing the need for investments to boost the national economy after years of chronic setbacks attributed to the war.

Critics of the move include the IMF which had previously voiced concerns about the legalization of Bitcoin in El Salvador, citing risks over financial stability and consumer protection. Furthermore, former officials expressed concerns because the procedure didn't have the support of the Bank of Central African States (BEAC) and social groups protested the law claiming that imposing cryptocurrencies as the national currency jeopardizes sovereignty.

David Gerard, an independent author and crypto follower explained to CNBC why the move requires further analysis and action so as to create better grounds for development:

“The big question is who the cryptocurrency ruling is for. Internet coverage in the CAR is 11%. Perhaps the government has been told that this will bootstrap payments in the country, but it’s not clear how”.

How will this impact global finance?

Now that we have gotten into the climate, we are going to understand the consequences of this decision and what's next in the legalization of cryptocurrencies.

In terms of price movement, Bitcoin has remained stagnant with a 2-3% decline. The market remains in turmoil due to the war and the general decline of cryptocurrencies since November 2021.

But in terms of the legalization of Bitcoin, there is stable progress in various countries,

African governments are leading the path of regulations. which shows the continuous rise of cryptocurrency adoption.

The Central Bank of Nigeria has launched its own digital currency, the eNaira. Despite expectations for wide use, the eNaira has so far performed poorly and its use is limited. This is often attributed to the rivalry between Buhari's government and the Nigerian youth.

Another country exploring the potential of cryptocurrencies is South Africa. The Reserve Bank issued a statement in 2014 declaring that virtual currencies will remain unregulated. With the recent changes in the global economy, regulators are working to make cryptocurrency use transparent.

Last but not least, the Bank of Tanzania has stated it has been working on the regulation of cryptocurrency-related activities following the legalization of Bitcoin in El Salvador.

The recent decision of the Central African Republic has caused widespread debate about its pros and cons. In my opinion, despite the flows of the decision like the centralization of power and wealth and the lack of Internet access it has the potential to change the views of many regarding the safety of crypto. The possibility of a ban on the use of cryptocurrencies is less common than some years ago when central banks were considering crypto transactions to be money laundering. Despite these ridiculous claims, money laundering through cryptocurrencies is less common than through traditional methods.

Cryptocurrency adoption is progressively escalating. The need for inflation hedges and financial safety is more urgent than ever and many people are realizing its importance. The decision of the Central African Republic will hopefully show the way to others.

Hold on your cryptocurrencies for life! Your keys, your future!

If you found this article helpful consider offering a small tip. It's provided to you for free and it's a great incentive for me to post more frequently. :) You can additionally comment your opinion below and suggest topics I need to cover (from recent news to tokens).

CryptoNews; The latest about the cryptoverse