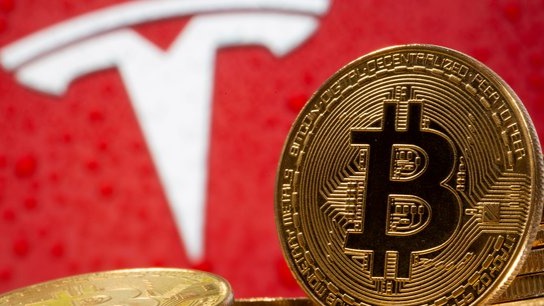 Cryptocurrency: an about-face of the boss of Tesla plunges the bitcoin

Elon Musk no longer wants us to be able to pay for a Tesla in bitcoin, a currency that is too polluting. This unexpected turnaround sent the cryptocurrency star and the entire market down by contagion. Bitcoin loses 9% to 50,269 dollars (41,633 euros). Low-polluting “green” cryptocurrencies are on the rise.

The boss of Tesla, unleashed a storm in the "crypto" and bitcoin market. Tesla will finally no longer authorize payments for its vehicles in bitcoins. The reason ? Bitcoins are "too polluting" because of the high electricity consumption of its transaction network.

“Cryptocurrency is a good idea on many levels and we believe in this bright future, but it doesn't have to come at a high cost to the environment,” said Elon Musk.

This explanation from the boss of Tesla did not convince. The polluting dimension of bitcoin, its “carbon footprint”, has been known for a long time. It is the object of controversies and debates. This aspect of bitcoin was known when Tesla announced that it had acquired $1.5 billion worth of bitcoin in January, in theory for long-term holding.

This unexpected turnaround by the boss of the electric car manufacturer brought down the leader in cryptocurrencies and the entire market by contagion.

Most cryptos are in the red. The Galaxy index of cryptos established by Bloomberg gives up 8%.

Coinbase stock loses 5% to $ 269. It has experienced a decline of nearly 16% since its IPO a month ago. Its price is highly correlated with that of cryptos, for better or for worse.

This market correction could do the business of Steve Cohen's hedge fund Point 72, which is preparing to invest in the cryptocurrency market and the sector (unlisted companies), according to "The Block".

"Green" cryptos in the green

The Tesla boss clarified that he was looking at “other cryptocurrencies” that consume less energy and are “cleaner” than bitcoin. Some “green” cryptos concerned with the environment and renewable energies have grown very strongly.

The green crypto BitGreen took advantage of this statement by Elon Musk and soared 344% in 24 hours to 1 euro.

One of these cryptos will perhaps become the new face of the boss of Tesla and appear in the group's treasury. Given the small size and liquidity of these cryptos, their prices could soar.

On the occasion of the announcement of its quarterly results this year, Tesla had already announced that it had sold 10% of the bitcoins it held in its treasury and which had been acquired in January.

These bitcoin sales brought him $ 101 million in profits in the first quarter. The market fears further bitcoin sales from the group, now that its leader seems to be distancing himself from this cryptocurrency.

Elon Musk, however, has pledged that Tesla will no longer sell other bitcoins.

Elon Musk and bitcoin, the two were made to get along. Some compare bitcoin, an “anti-establishment” asset, reluctant to authority and turbulent, to Tesla. It is a technological bet, promising but risky.

For Tesla shareholders, bitcoin purchases create uncertainties and large variations in its results, given the high volatility of the cryptocurrency, which is the counterpart of its strong performance.

Elon Musk still believed at the start of the year that bitcoin was a volatile asset but sufficiently “liquid” (sellable quickly without suffering a drop in price) to be considered an equivalent to “cash”. An opinion very far from being shared by investors.

This year, the evolution of the price of the automobile company disappointed Wall Street and the shareholders of the group. Its title lost 20% to 590 dollars while the market for American technology stocks gained 2.5%.

Since 2020, Tesla's stock market history remains impressive. Its price has been multiplied by almost 7. Investors are convinced that Elon Musk is an exceptional entrepreneur, but they wonder more and more if he is able to manage a listed company with all the constraints that this implies.

Tesla's price was stable at the start of the session on Thursday and did not benefit from the rebound on Wall Street.

A small blog on crypto