There are almost 9,000 bitomats from 43 manufacturers around the world. With their help, users can buy and sell their Bitcoins in 75 countries - Poland is in the top ten!!

According to the data provided by the Coin ATM Radar website, there are currently 8,967 Bitcoin ATMs worldwide. In terms of their largest number, the United States is in the lead. Canada and the United Kingdom are closely behind them.
And how does it all look like in Poland? Amazingly, our country is in the top ten countries with the largest number of locations with bitomats, and more precisely, it ranks 8th. There is a total of 60 bitomats here. Most of them are located in Warsaw and Kraków. 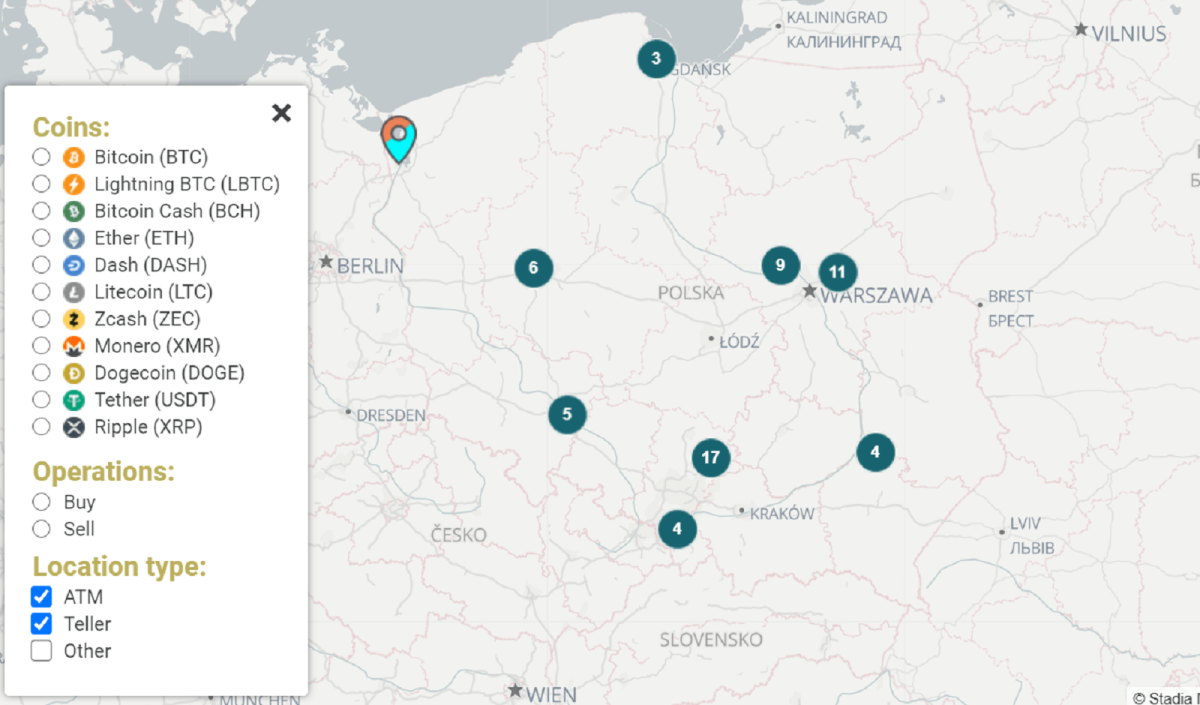 Of course, this is a small number compared to the US, which has as many as 6,890. Bitcoin ATMs reign in cities such as Los Angeles, Chicago, Miami and Houston. Nevertheless, it is worth boasting that out of 75 countries around the world, ours is in the top 10.

As it turns out, the number of new BTC addresses has recently increased significantly, reaching levels close to those from January 2018. This, in turn, means that this cryptocurrency is of interest to a growing group of people.
probably the main impetus for the increase in interest in Bitcoin was the rally in its price. The BTC is currently over USD 11,700. Although it's still a long way from ATH, this cryptocurrency is well on its way to breaking a new record.