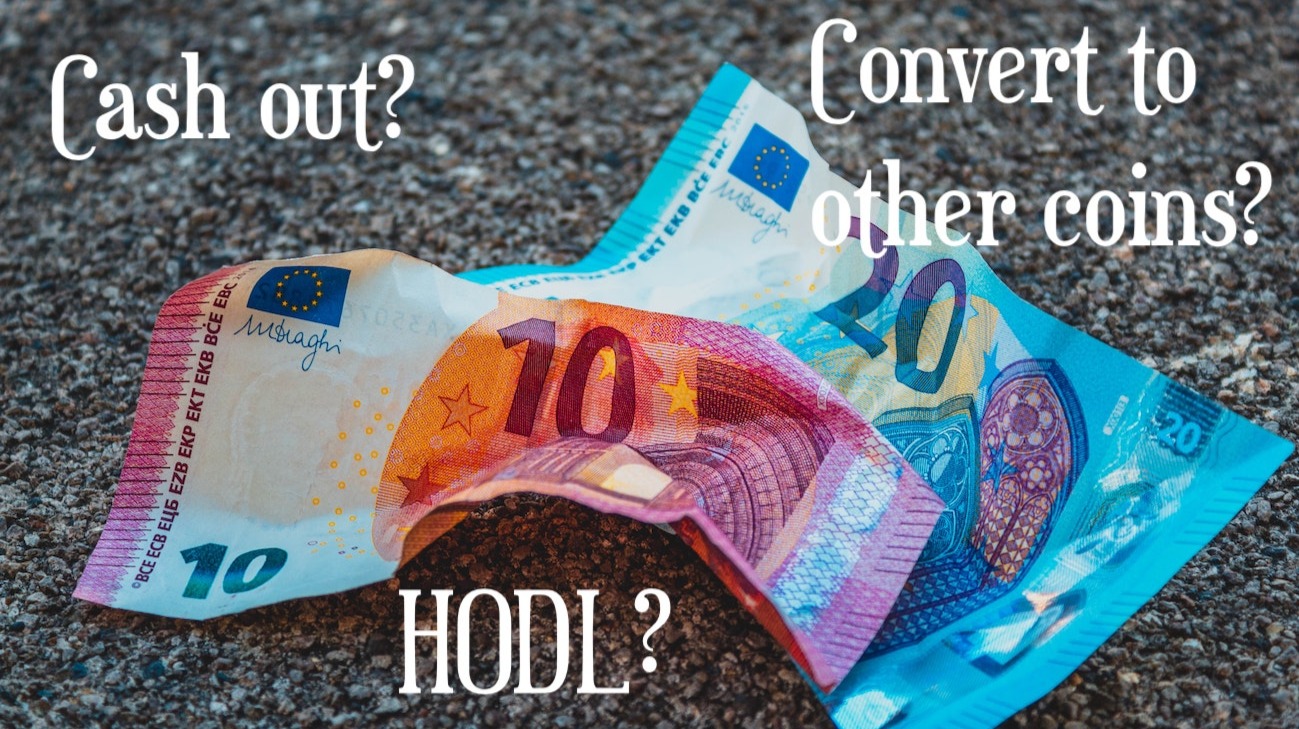 Why HODL? Why not cash out?

If you are a regular visitor to PublishOx, I'm guessing you are collecting various tokens in various wallets and brokerages.

So what to do - cash out, just keep every token or strategically convert between tokens?

It's a difficult question, but I'd recommend the latter two.

Anyone who got in early has a horror story of selling Bitcoin unnecessarily for a (now) ridiculous rate, so cashing out might not be the best option.

But on the other hand in my Binance account I had a lot of small amounts of coins and I used the "convert small balances to BNB" option, and that worked out rather well.

One more point is that all of these airdrops and promotions - from a certain point of view the time / reward balance isn't good at all, on the other hand IF the coins appreciate, suddenly the balance shifts. There is also a possibility of a UNISWAP-style airdrop (anyone who interacted with the protocol could claim 400 UNI tokens) with the UNI tokens cashing out at say $8 might have seemed a good idea, but not with hindsight now (around $401).

Ampleforth seems to have been a similarly great play with its $FORTH governance token airdrop!

There are several options to exchange tokens on specific platforms; in no particular order:

So what do other PublishOxers do?

Answer in the comments.

*** This is the six post in my Experiment to see how much I can accumulate in tips over one week, posting twice a day ***

Photo by Imelda on Unsplash