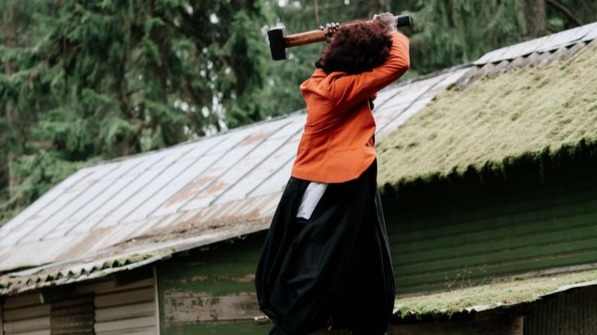 Deus.Finance — A Lesson in Why Centralization * Ethereum Shitcoins = SUCK

Even if you're not invested in this project, it's a good read to stay away from projects like it.

I got roped into Deus.Finance because someone I respected told me about it. On the surface, the idea is good — it wants to bring stocks, including IPOs, to crypto. The first project after initial distribution was Coinbase.

Before I get into the details of the shit rollout, I should tell you that the development team for this project is basically one guy. The intellectual capital and the actual capital are very centralized in this project. Basically, you have here a mini-Fed. This should have stopped me from going in, but I'm far from a perfect investor. Hopefully you take my mistakes as warnings to keep yourself safe.

So the fuckin guy rolls out the Coinbase IPO with an IOU that starts out around $150 per coin. He then opens a liquidity pool where you can pair that IOU with USDC and earn DEA, one of the two main coins in the project. The APY is high, as it should be, around 500%. Coinbase isn't even out yet and the project has a low market cap. Anyone coming in this early is taking significant risk.

I'm willing to put up with some loss on the Coinbase IOU to farm DEA. But this idiot then announces out of nowhere that he is coming out with vaults like 2 days later. He also tries to initiate a bonding curve when he puts the IOU on Uniswap. In order to incentivize people into the vaults and to even out the curve, he says he will be dropping the APY on the liquidity pool. He dropped it to like 40%.

So I'm not a rich investor, especially not on Ethereum's standards. When the fucking fees go up, I'm basically stuck. That's what happened with this project. I trusted this fag to keep a steady hand on the wheel, and he's just running around willy nilly fucking shit up by manipulating APYs and shit. What's funny is all of that "monetary policy" didn't do anything to stabilize the price of the IOU. As it stands now, the IOU is down 50% from its start price. If it doesn't turn around quickly, it will be in a death spiral.

So this little shit is basically Jerome Powell, trying to overthink policies that will stabilize shit but actually just fucking shit up more for everyone. Hey dipshit, not everyone has the cash to fucking move from a liquidity pool to Uniswap to a vault without losing fucking cash, idiot. But that's how most of these projects are on Ethereum. It's rich fucks who aren't worried about $100 per transaction fees playing around and creating situations where people are actually LOSING money while bitcoin is hitting all time fucking highs. How stupid do you have to be to get caught up in some bullshit like this?

I guess I have a lot to learn. That fucking piece of shit definitely dropped a "Deus" on me.