What is iFARM?.... in plain English

What exactly is iFARM?

iFARM token is a new addition to the Harvest Finance ecosystem. The proposal to introduce iFARM was voted on between 11th February and 13th February 2021, with an overwhelming majority (97.27%) of FARM holders who took part in the poll voting yes to deploy iFARM.

The most important reason for deploying the iFARM token is that it allows the FARM token to be composable. To be composable means to be able to be used with other components in various combinations. As far as FARM is concerned, composability means that the token can be used for various purposes in multiple applications. It also means that existing infrastructure can be used to build upon and used for other purposes. This essentially eliminates the need for developers to build completely new applications from scratch. According to the governance proposal for iFARM, this presents the following benefits:

What iFARM is…. in plain English

iFARM is a receipt that is received when you stake FARM tokens on Harvest Finance. Basically, the iFARM token is like “evidence” that you have staked some FARM on the Harvest Platform and you own a share of the staking pool. This token is transferable; therefore, the “evidence” of ownership of the staking pool can be given to other people. Also, in case of a network upgrade to the staking pool, there is no need for FARM stakers to withdraw and restake their tokens.

The iFARM token is the interest-bearing version of FARM. This means that iFARM will be worth increasingly more than FARM over time because while you’re holding iFARM you are earning profits as long as Harvest continues its emissions (30% of farming profits are used to buy back FARM and distribute to FARM stakers). The rewards are compounded on every interaction with the Profit Share pool. However, your FARM or iFARM balance in your wallet will not change. What changes is the value of iFARM against FARM. If you exchange your iFARM for FARM, you will get more FARM. When you exchange iFARM for FARM, your iFARM will be burned.

In conclusion, I will leave a simple TL;DR infographic about how iFARM works. 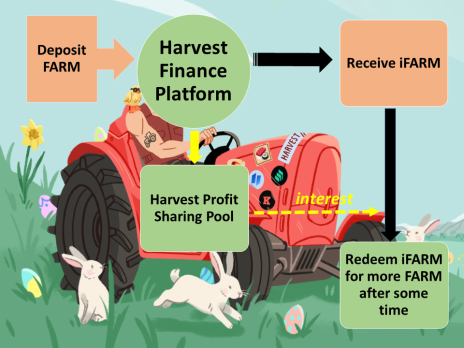 This a blog about tips and tricks to successfully find your way through the crypto world. 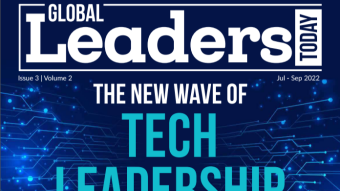