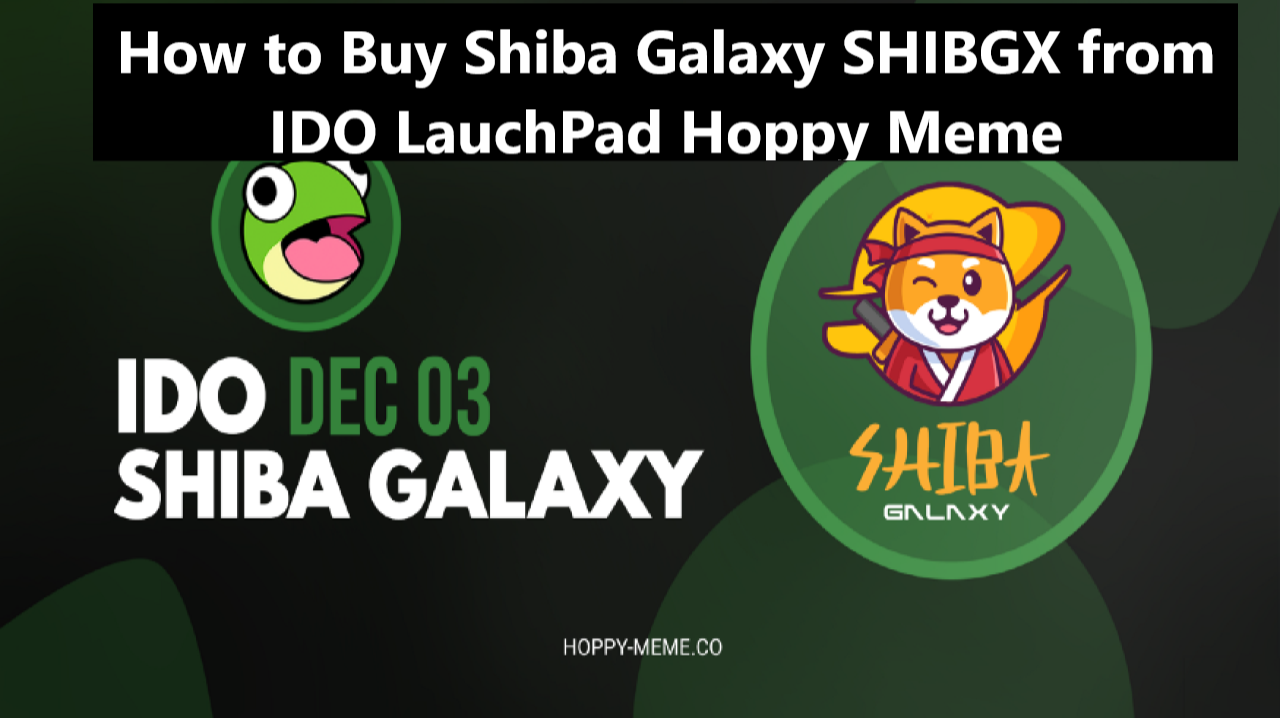 I will teach you how to Purchase Meme IDO token Shiba Galaxy from LauchPad Hoppy Meme.

What is Shiba Galaxy?

Shiba Galaxy is building a metaverse for all shibas on Binance Smart Chain. According to official channel "ShibaGalaxy is united by a history long forgotten , ShibaGalaxy is currently under attack and all hope lies on the shiba warriors to keep angry bears and dragons from invading the metaverse."

Listing on the 4th December2021, Approximately 1430 UTC. 40% of IDO tokens to be released during Token Generation. Total initial Marketcap to be approximately USD 175,570.

How to Join HOPPY Meme’s IDO?

There are 3 tiers for HOP hodlers to enroll in an IDO (To be contributed via HOPPY pool link provided below). Tier3 Baby Tier you need to buy 3 billion HOP tokens at total price of $354.6. It is first-come-first-server tier without guaranteed allocation. You want to buy 75 billion HOP to be on Queen tier.

The Public-sale pool shall be opened to the qualified community from Girl Story after the allocated time for Queen Tier and Baby Tier investors end. Contributions are on a first come first serve(FCFS) basis on the 4th December 2021 between 1130–1230 UTC.  Remember to calculate your local time based on UTC (UK time).

Once in the pool page, connect to your supported wallet and the Pool page should load with list of the ongoing Project Pre-launch with the following:

An indicator to highlight which tier you have qualified for. (There won’t be any indicators for the Public Sale tier and you’ll just have to wait until the allocated time starts.)
A countdown for when the tier would be open, and when it is open, a countdown for the allocated time before it closes.
Details of the Minimum and Maximum BUSD or BNB each tier would be able to contribute.
If the allocation time ended, you are unable to do any contribution.