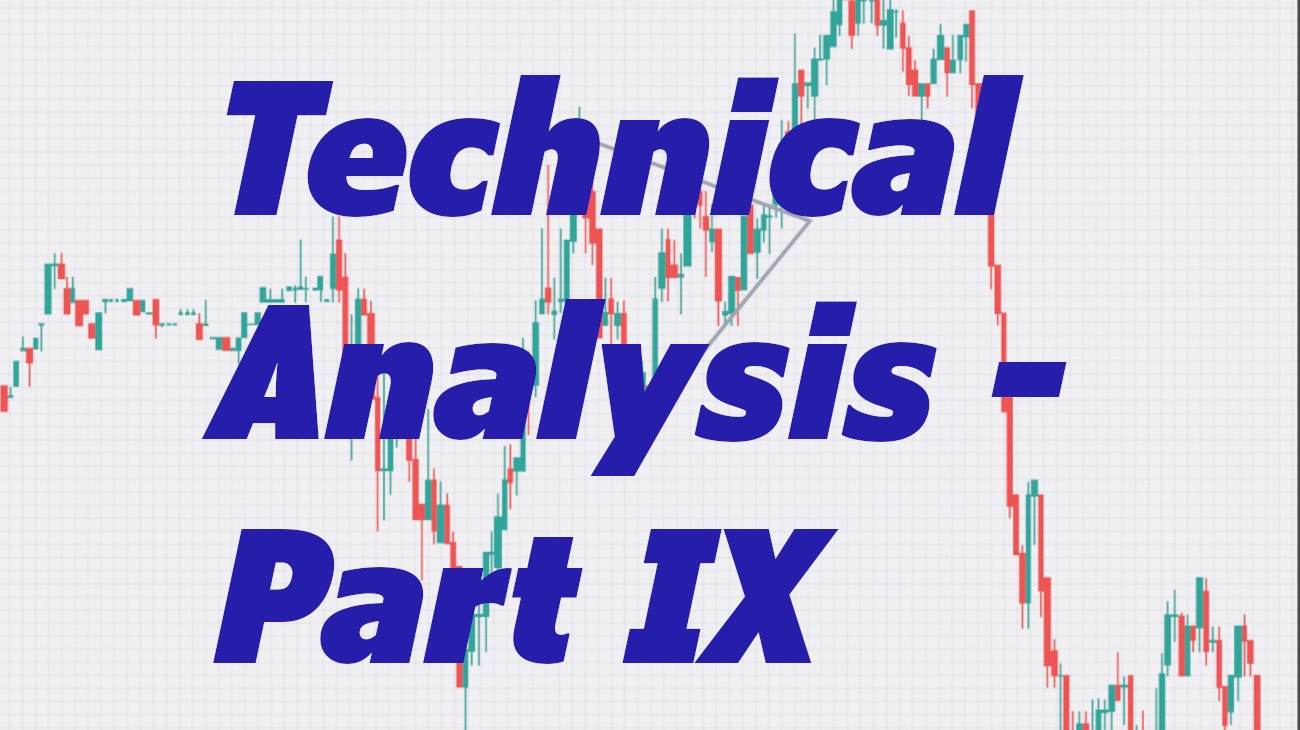 Welcome to CryptoGod-1's blog on all things crypto. Today we are going to continue the series on Technical Analysis and why it can be such an important asset for new or experienced traders. In this series I am covering some of the different Technical Analysis and Indicators which can be used to help determine market movement and sentiment when trading. For Part IX the focus will be on The Supertrend Indicator.

The Supertrend Indicator is a trend following indicator which is similar in moving averages. A trader uses it by applying it to the candlestick chart, and it makes things very simple for the trader to identify the current market trend of an asset. It makes use of just two parameters to do this, the period and multiplier. Once applied to a chart, the indicator is plotted above or below the candlesticks, signalling a long or a short position. Colour is also used on the Supertrend indicator, generally green for a buy signal, and red for a sell signal. The average true range is a key feature required for the Supertrend indicator, as it makes use of the ATR to compute its value and create its signals from the price volatility.

To calculate the Supertrend Indicator, a trader requires two basic parameters: the period and the multiplier, along with the average true range (ATR).

To calculate the ATR:

*In this scenario, the period is taken as 14, which is where the 13 and 14 appears in this calculation. If the period is 20 for example, then figures of 19 and 20 would be used instead.

How to use a Supertrend

A trader makes use of the Supertrend Indicator by having it plotted directly onto their candlestick chart. It is shown in two ways, a line above the market price or a line below the market price. These lines are often coloured in red (above) and green (below) to signal long and short positions. When the Supertrend indicator moves below the closing price of an asset, the indicator turns green because it is signalling the start of an uptrend with bullish sentiment. When the Supertrend indicator moves above the closing price of an asset, the indicator turns red to signal the beginning of a downtrend and bearish sentiment in the market. This is known as the crossover point, the point where the buy and sell signals are made. This is particularly useful as the Supertrend also offers a firm support and resistance level for traders when entering and exiting trades. The support level will be shown as a green horizontal line on the candlestick chart. As the price increase, this level will also increase, giving a clear indication where a trader should set their stop loss. The price can move back towards this line as the momentum in slowing, and once it crosses this line, the Supertrend will change to a red line indicating a sell signal. A common strategy is to put the stop loss right at the green indicator line when in a long position, and to place it at the red indicator line in a short trade. Making use of the Supertrend with a stop loss is the best way to ensure a profitable trade, as the increasing level of the Supertrend support or resistance levels will more often than not move into a more profitable level than where a trader initially entered their trade, especially if the trader entered just before or as the price moved across the Supertrend line.

An example of the Supertrend Indicator, from the BTC/USDT 1hour trading chart on Binance, is shown below. The setting are put to 10 periods and a factor of 3. These inputs can be changed, but generally the 10 and 3 are the most commonly used inputs. Make sure to do plenty of research before selecting a different input setting as the periods and factor will give different results if changed.

I have also included the 200 EMA to help garner a better understand of the overall trend, which was mainly in a downtrend throughout this period although the price did momentarily cross above the EMA at times, only to fall again as per the overall trend.

The buy signal is set to green, and the red is the sell signal. These can be changed but commonly using these colours can make it easier for a trader to understand which signal they are looking at, along with understand the line above the price means sell and below the price means buy.

The area highlighted with blue would have been a very good point for a trader to have entered a short position. The price began to crash after it had moved sideways along the 200 EMA line. As the overall trend was a downtrend, and the price had recently climbed back to the 200 EMA, making use of the Supertrend along with other indications would have resulted in a good profit for a trader. The resistence level moved down along with the price as highlighted by the red line. Users will not it does not always give the best level for getting maximum profits, but can be very useful it getting profit before the short term trend changes.

The area highlighted with yellow was a false signal. If a trader had place a long position here, they would have lost money. The 200 EMA line was a good indication that this was not a good time to place a trade, as the overall trend was bearish and any short term rises above the EMA generally followed with a fall in price. This is a good example of why using multiple forms of TA and not just one can lead to more profitable trading.

The area highlighted with white shows where the Supertrend can be slow in fully catching a change in trend. The price had already taken a significant fall from the 200 EMA line, and if a trader had placed a trader sooner than the Supertrend Indicator implied they should, it would have been much more profitable. Either way, the change did lead to a profitable trade, and as shown the trade did briefly cross above the resistance line before crashing again, meaning a stop loss would have been better placed above the resistance line than directly upon it. Making use of the ADX value here could have saved a trader from their position closing and them making a very profitable return soon after.

Limitations of a Supertrend

There are limitations when using the Supertrend indicator, mainly that it is most useful and reliable in a trending market where it is clear when the asset is in an uptrend or downtrend. When the market is moving sideways in a range the Supertrend can not be considered reliable as it can often throw up false signals. To ensure the Supertrend is being maximised to its best capabilities, it should be used with other indicators such as moving averages and a MACD.

The Supertrend can also give false signals, generally when momentum has a short but rapid shift, meaning any trades entered could very quickly become a loss as the market trend shifts again. Using multiple TA can ensure these false signals do not catch you out when placing a trade. It can also be good to watch the overall trend as the Supertrend can sometimes be slow in reacting and a lot of potential profit can be lost while waiting on the Supertrend to change from red to green or green to red.

Conclusion on using a Supertrend for TA

As a trader, whether it be day trading or long term trading, using the Supertrend indicator can be very beneficial in signalling when to place long or short trades, and also when the market trend is changing and to close your trade. It makes use of signals along with strength and resistance lines, and applies both in different colours; red and green. When the asset price hits the specified resistance and support levels, the trend changes and this is taken as the point when a trader should enter a trade. At the same time the resistance and support levels are given as suitable levels for setting a stop loss.

As stated whether you are experienced or new, Technical Analysis can always be a useful asset when trading. Just remember it is not guaranteed and nobody can predict the future, no matter how certain you believe the patterns to be. It is always just another tool of the trade to help make more informed decisions when trading. Although it is a very useful indicator, there can also be multiple changes in the Supertrend throughout a specified period of time, meaning it can often change trend direction without consideration with the overall market trend. There are also periods where the Supertrend can give a false signal, generally when the price crosses the support or resistance lines but soon after the momentum is lost and the trend quickly changes, meaning if a trade was entered when the Supertrend changed it would most likely result in a loss.

It is important to use the Supertrend indicator along with other TA to get the correct signals for understanding the direction of a trend. Always zoom out, if trading on a 15 minute chart check the 1 hour or 4 hour or even 1 day chart to give you a better idea of the overall trend strength and direction via the Supertrend Indicator, along with checking the trend strength of the larger overall trend compared to short term ones.

You can find the previous parts to the series here:

Also feel free to check out:

I hope this post was beneficial and of some use, and I plan on continuing the series with the next instalment focusing on the The Parabolic SAR Indicator. Of course each technical analysis provides different beneficial information, so combining your most trusted and favourite ones can be the best strategy for finding entry and exit points when trading.

Have a great day.

Enthusiast here looking to share my ideas, thoughts, analysis, and experience when it comes to all things crypto 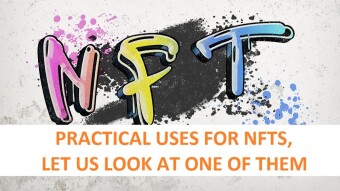