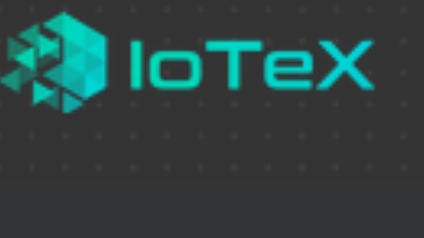 IOTEX coin: A delegated proof of stake coin for the internet of trusted things devices

IOTEX coin is a native cryptocurrency of the IOTEX blockchain platform which was issued on the Ethereum blockchain network but later on the swapping of its coin started to take place in 2019 at ratio 1:1 on its mainet IOTEX network created on the IOTEX blockchain network platform whose transaction takes place from one peer to another without involvement by the government thus is being considered to be a decentralized asset. IOTEX coin was created to enable easy exchange of data amongst different businesses, machines, humans and Dapps. In IOTEX platform, a machine can exchange data with another machine while human can exchange data with machine. On the other hand, one business on the IOTEX platform can exchange data with another business on the IOTEX platform. IOTEX coin also enables different Dapps built on the IOTEX platform to be able to create and issue their own token as well as be able to pay for transaction cost when their Dapps is running on the platform as well as when they are transfering an asset from one smart contract address to another. Since IOTEX coin uses Delegated proof of stake consensus, it therefore enables delegators to lease their IOTEX coin to a verified validator for a given period of time such that they use the coin to secure the IOTEX network and to validate any transaction taking place on the IOTEX network thus in return they receive reward. IOTEX coin can also enable interchain exchange of data with Ethereum platform.

To view how the transaction takes place on the Ethereum blockchain, you can follow the link below; https://etherscan.io/token/0x6fb3e0a217407efff7ca062d46c26e5d60a14d69

IOTEX  coin was created by Raullen Chai a former google worker and a cryptography scientist as well as alumni of waterloo university with the main objective of becoming a native coin for its IOTEX blockchain platform thus allowing different different data from different internet of things devices to exchange data with each other.

Unlike cryptocurrencies like bitcoin and Ethereum which are released through the mining process using power supply and internet using the proof-of-work consensus, for IOTEX coin, that is not the case.  Instead, IOTEX coin was created to become a delegated proof of stake coin.During its launch, some amount of around 7 billion coins were distributed accordingly. . The remaining 3 billion coins will be released through staking. In the staking process, there are two key players, the delegators and the delegates/validators. The delegators work will be to use their smart contract address to vote for delegates so that the delegates  can use the votes received to secure the network and to validate any transaction taking place on the IOTEX network. In return, the delegates will receive rewards from the new coins minted as well as from the fees income received from transaction. The reward will then be distributed to the delegators based on the amount of votes cast. The more votes a delegator casts the more reward they receive.The delegators reward can amount up to 14% per year while the delegates reward can sum up to 30% per year. In order to become a delegator, you need to have a minimum of 100 IOTEX coin in your account which you can assign it to a verified delegates . On the other hand, in order to become a delegate, you need to have atleast 1.2 million votes in your smart contract address.Here is how the IOTEX reward process looks like;

If you want to become a delegator or a node service provider so that you can receive reward from new coin minted and from the fees income generated, you can follow the link from below;

Currently, 1 IOTEX coin is worth more than $0.005 and its price is expected to increase over the next period of time. IOTEX coin is being abbreviated as  IOTX.

Converting my IOTEX coin  to other cryptocurrencies

To securely store your IOTEX coin offline from being stolen by hackers, you can use ledger nano wallet.

Transferring my  IOTEX coin to other Users