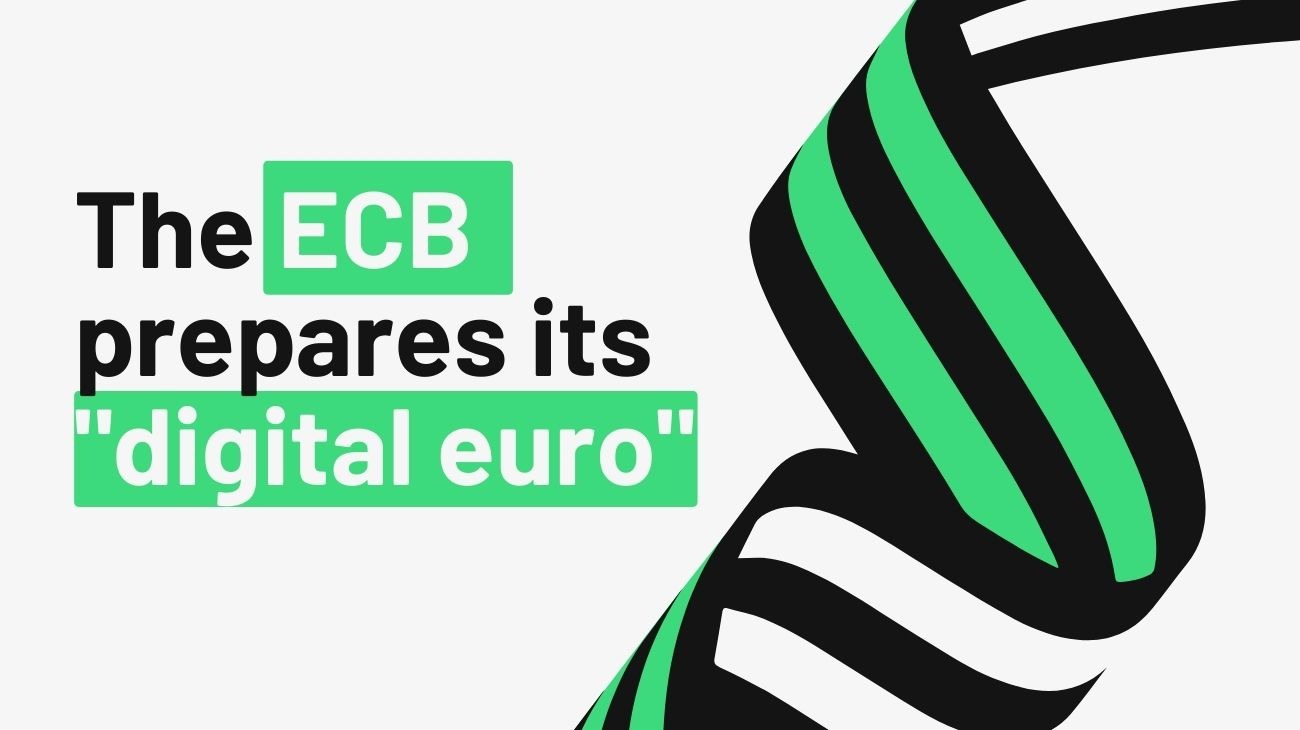 The ECB prepares its "digital euro".

Central banks have been thinking about this for quite some time. A digital currency under their control that pushes the countless electronic currencies that have proliferated over the last decade to the margins.

A day ago, the European Central Bank announced that it is preparing to issue a digital euro by intensifying its activities even though the "Governing Council has not yet taken a decision". A public consultation will open on 12 October "to engage with citizens, academia, the financial sector and public authorities".

The ECB published a "report on the possible issuance of a digital euro" (By clicking on the title you will be redirected to the original article, if interested) which would go alongside cash, without replacing it.

The Euro-system will continue to issue cash in any case. For ECB President Christine Lagarde: “European citizens are increasingly using digital technology in their spending, saving and investment behavior. Our role is to maintain confidence in the currency, while also ensuring that the euro is ready to face the digital age. We should be prepared for the issuance of a digital euro should it be needed "

For those who share the philosophy behind bitcoin and its younger brothers, a digital currency from a central bank is a kind of blasphemy.

The exact opposite of the idea of ​​a money disconnected from a central authority that manages and controls it (in short, the opposite of "decentralized money").

But the "ideologized" users are a small minority. Today bitcoins attract for their high speculative potential, for the reliability and some savings on transactions and also for the almost absolute anonymity they ensure if used with due care. The birth of digital currencies managed by central banks will have the effect of relegating these currencies more and more to the role of speculative assets.

Central banks, governments and regulators have so far turned a blind eye. After all, contrary to what their creators hoped, none of these "coins" has ever seriously threatened the role of traditional coins and the usual payment circuits.

Even when big names like Facebook tried to launch their digital currency, it all ended in nothing. Also because as soon as a digital currency is revealed with some credential as a real alternative to the money issued and managed by central banks, the authorities begin to beat hard to prevent it from competing with state currencies (euro, dollar, etc.).

Nevertheless, the architecture on which digital currencies are based, obviously the blockchain which, in essence, by sharing information with all users makes it possible to do without a third party to guarantee the success of transactions, has aroused a lot of interest.

The same mechanism has been translated, or tried to do so, in other areas with mixed results. The central banks themselves have recognized the effectiveness and "elegance" of this solution.

At the moment, however, the ECB does not specify what the technological "design" will be with which the circuit for using the future digital euro will be built. It is likely that some “hybrid” form of transaction decentralization will be resorted to, but with Frankfurt always vigilant behind the scenes.

The ECB further explains in its statement:

"The Eurosystem task force, made up of experts from the ECB and the 19 national central banks of the euro area, has identified the possible scenarios in which the issuance of a digital euro would be necessary.

These scenarios assume an increase in the demand for electronic payments in the euro area which would require the adoption of a risk-free European digital payment method; a significant decline in the use of cash as a means of payment in the euro area; the introduction of private means of payment of global reach that could generate regulatory problems as well as pose risks to financial stability and consumer protection; a wide circulation of digital currencies issued by foreign central banks ".

Virtual currencies, like bitcoins, were born precisely because those who own wealth did not want its value to depend on those who print money, or on the governments of the various states.

There is a dual confrontation taking place between central banks and wealth holders.

The idea is to create a "digital euro" but in reality they already exist, just like dollars, because through debit cards, credit cards, digital payments we already use digital media that rely on fiat coins.

Bitcoins were born precisely to disengage from the main system of power, therefore the "digital euros" that perhaps will be introduced by the ECB will never be able to be compared to these, precisely because of the reference system from which they come (central banks).

In essence, these digital euros that I have talked about are nothing more than another form of centralized currency, which is definitely the opposite of the idea behind cryptocurrencies in which, roughly, no one really owns the ownership of the cryptocurrency in question.

What do you think of it? I am very curious to hear yours in the comments, in a civil way. I appreciate the CONSTRUCTIVE discussions, I would not want them to argue in the comments without listening to the opinions of others as, unfortunately, it often happens.

If you've made it this far, thank you for your time, and see you next time!