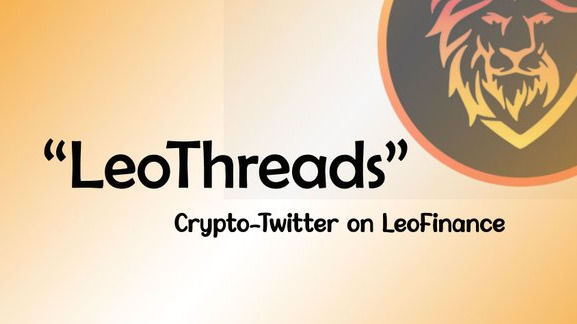 Twitter has proved itself on how the micro content can change the message and improve it's impact. I used to be pretty addict of the threads on the Twitter and then I tried d.buzz and also the noise.cash. I feel that this micro content and short form content has a strong growth in near future. So on Friday the new feature called "LeoThreads" is launched on leofinance.

Hive has a post and comment feature on the blockchain. Both of them are treated differently by the frontend. LeoThreads is a fork of the comment feature you can say. Now those comments are being treated as a feature of their own. It gets indexed under the "Thread" feature. You may find the content like twitter appearing under the same. 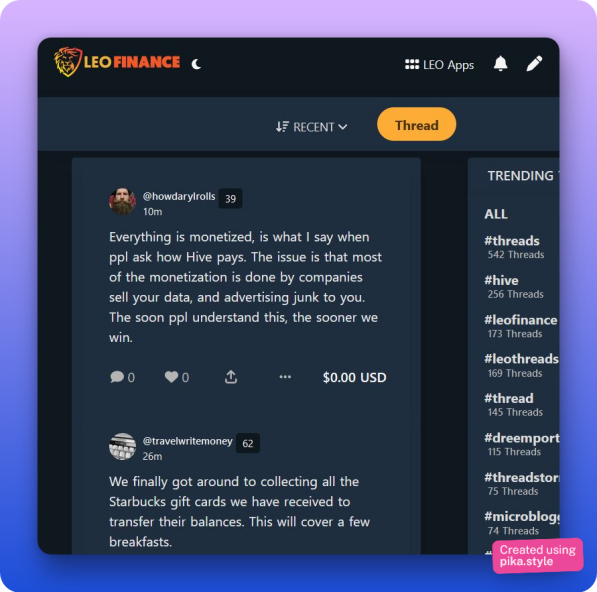 You post your questions or your thoughts. You get onto the feed. You add the hashtags and the comment gets filtered. You can either write and engage with the existing content. You can post your content with hashtag so that it can get the exposure on the basis of the content and the hashtag being used. So it's a good feature launched on leofinance and Hive ecosystem.

How to use it?

You are going to earn the reward when the content gets the upvote. Like whales, bots and other real people if they find your content useful you may also get the upvote and in turn after 7 days the rewards would be given on 50/50 basis with ecosystem. If you want to post some quality content and earn some rewards on the way then the LeoThreads is a good option.

LeoThreads is not your typical noise.cash or the twitter. It has it's own core following and the top accounts that are keeping an eye on the content. So try and put on the quality content and I am sure that would help both in terms of creating a following and also getting it to monetize along the way.

Have you tried LeoThreads on Leofinance?