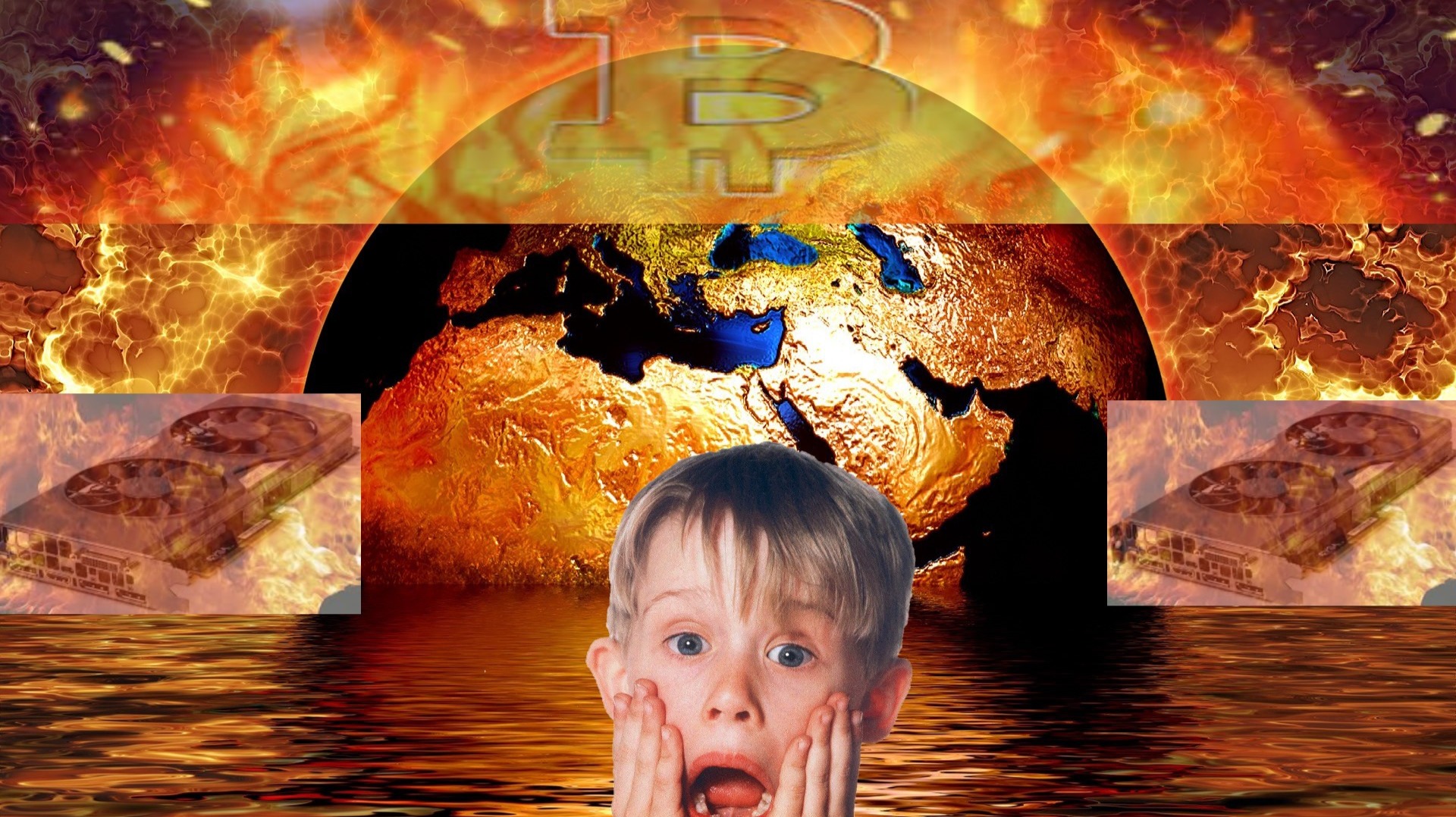 Nothing wrong with a little clickbait for a good cause. Now that I've got your attention, make this article your one stop shop for completely obliterating the fud-enomics of crypto vs climate.

My brothers and sisters of Cryptopia, it wasn't long ago at all that I began my CryptOdyssey. In dipping my toes into NFT's to learn more, after learning about mining and at least 2000 hours of all things crypto last year, I found this terrible article.  I don't want to get too bogged down in analyzing the article and addressing all its problems, except that I can totally understand where people are coming from when they're worried about people like its author. A sweater wearing published poet and art critic. Gee, I wonder what her fair paid, officially valid opinion is on NFT's.

Interesting that some nft creators are finding their hitherto starving artist careers revivified into being millionaires and forebears of the new art and tech movements. Even Paris Hilton can have redemption. I know yeah, maybe she sucks, but hey, she could be a lot worse. Maybe not the hero we need, but she's what we got. The author seemed to have some pretty nasty jabs to take at poor midrift bearing Paris. Catty and judgy. Anyway.

Let's see what really happens when you put Kanye and Pete Davidson together.

Ethereum worse than Iceland! A whole country!? Gasp. Aight, well if you want apples and oranges, you're gonna get a delicious smoothy.

Iceland GDP: estimated post covid $21 billion annual, or 27 billion in 2018 to give them a head start. average annual growth rate of 3%, currenty covid-collapsed for 2020 at -6.5%. Iceland is, to be fair, a fairly robust mini economy, that's actually very green and very efficient in it's own right. They got geothermal electricity and water heating systems, so it's hard to quantify that into petrol dollars so readily. They live well, they do good, and they're fine by me. It's not their fault they got shoved into the ring in this unfair fight...

Ethereum grew 425% in 2021 , or in market cap as GDP because math is hard, pushing $300 billion. Today market cap is $391b (admittedly down like 25%ish from highs). Ethereums proably had Iceland beat on these value-economy-efficiency metrics since 2018 or so, back when it's electricity was no doubt smaller. It's daily revenue in this mini-bear market on a relatively ho-hum Thursday today is $9 billion. It's circulating half of Icelands economy! It's only 5pm EST, and unlike Iceland, it isn't going to go to settle in for a Winter night when the sun sets at 1pm.

Long story short, if Ethereum is a nation, you're probably a citizen and should be proud. One of these is a powerful nation with one of the largest and fastest growing economies in the world, the other is a pretty nice little economic network with decent tourist destinations. Apples and oranges y'all. Ethereum, at present, is arguably almost 10x more efficient than Iceland just by gdp vs ethereum's growth in 2020. It's not even fair.

The real question shouldn't have been about Our Lady Ethereum's efficiency. Iceland is suddenly in question! However, we don't have beef with Iceland, and Iceland shouldn't have beef with us. Technically, it's a compliment for both nations on the frontiers of the world and doing their best with what they have and building a better future together for everyone to at least visit someday. Btw, the largest Eth mining facility, Enigma, is in Iceland mwahaha. So Iceland and Ethereum's efficiency and economies overlap. Iceland is Ethereum and Ethereum is Iceland, and so the world (minus the Fudistan Archipelago)

Was our beloved fud-author even thinking? NO! Of course not (and I let her know at the time too). She pooped out all this fud about Ethereum and didn't even mention eth 2.0. When Eth will be powered by "a few city blocks" I've seen it quoted, or 2000x more efficient. Imaging buying and selling fud and getting paid to spread your know-nothing nihilism. That's not an efficient part of the economy.

For fun, at the time, I had also run the numbers for Bitcoin. A US representative recently cited that Bitcoin uses the same electricity or carbon footprint as Argentina. Well, it roughly came out the same. Bitcoin was something like 6x more efficient than Argentina, and - not ragging on Argentina - but worth more, is more integral to global economy already (by about 3x gdp vs market cap), is growing, and is itself a solution for Argentina's inflation problems. These are the follies of apple vs orange fallacy laid bare.

The Decentralized States of Cryptopia, while perhaps buying up renewable energy and making it pricier, it's not causing climate change as much as most places or sources because it's supposedly running on 40-75% renewable already. You know you've heard about El Salvador volcano mining (kinda like Iceland!) Plus it's incentivized to do so, has invested in expanding renewables, and shares the interest with the world inherently by a force of market, often the politics, and certainly the cause. The point is, Bitcoin and Ethereum alone are achieving a lot more and capable of more than Iceland and Argentina alone as economies, if that useless line of fud absolutely must be hurled against us.

The problem comes in with the fact that people dont know how to value crypto, it's a worthless waste to them, worth less than tiny Iceland, and lagging Argentina. We're not turning the fallacy around and saying we are better than them - only if that fight is picked with us first - we are trying to get to the point that we can be a mobilizing force, wielding a fully digitized economy for the better of all who it empowers.

No one's going after video games, PC gaming alone, just as a portion of computing power and as an activity on computers, supposedly uses up as much electricity as Switzerland (I had to run the numbers myself on that based on estimates and available data). No body's after video game companies or Switzerland, why? Maybe because combined they have a GDP market cap approaching $1 trillion. That's right. Switzerland is 748 billion and video game industries combined are about 138 billion estimated for last year.  They're respected members of the community that contribute and are allowed to leisure and be acceptable parts of the global economy. Why aren't we?

It's about time the world stops with its fud. We are part of the economy, we are industries, we are entrepreneurs, we are artists and technologists, we are a global nation of forward looking and thinking decentralists here with a vision of helping and empowering the world in ways that havn't even been discovered yet. This is the 4th industrial revolution. Try explaining to the typewriterist what email was gonna be like; or the horesman what a steam engine or car would be like; or to our grunting ancestors what books or libraries are. So the next time you see one, smack a fudster down and demand some respect. We might have aped in, but they are apeing out. This is the next stage of our technological, economic, and possibly one day sociologic and political evolutions whether they like it or not. Their banks and grocery stores and younger generations will gladly use crypto under their up-pointing noses. ENOUGH.

People fear the unknown and things they don't understand, and they tend to project their fears onto those objects with things that cause, harm, distress, discomfort, death, etc. It's as simple as that. Maybe one day things will change, but for sure there will always be skeptics and cynics, fudsters and fraudsters, and just mean people that would rather be mean. She's just jealous of Paris Hilton! Haters are gonna hate. No-coiners are gonna no-coin. Fudists are gonna make fudding.

Over the moon! Let's go! 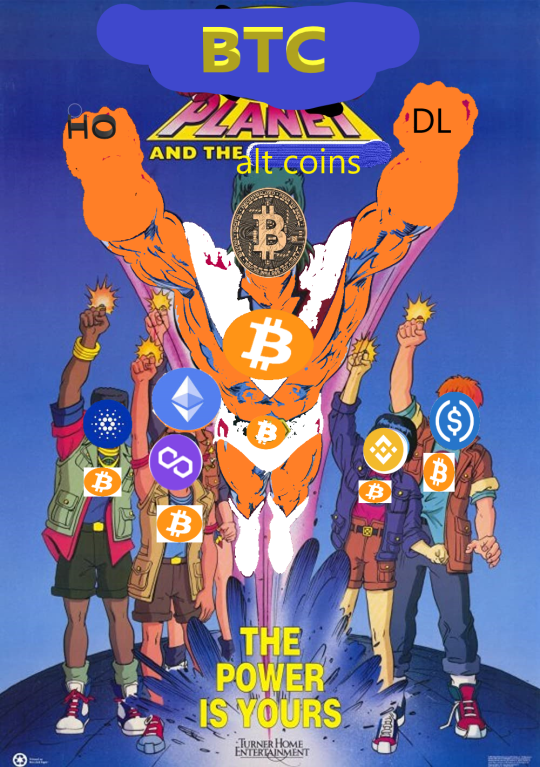