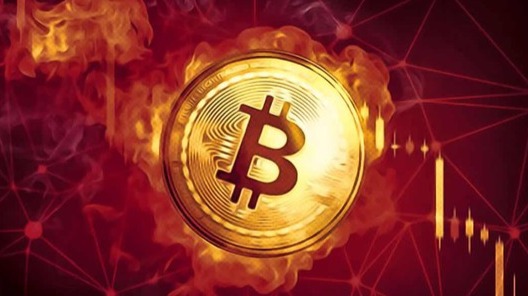 Besides, amid the sell-off, the percentage of the total market capitalization of the asset, known as dominance or Bitcoin Dominance, increased by about 17% in 7 days; while many other cryptocurrencies fell against BTC.

Moreover, bitcoin is one of the few coins that have fallen the least compared to the ATH that has been achieved recently. It has dropped 43% in 40 days, from $65,028 (according to Coinpaprika) on April 14.

The only top coin that is down less is Cardano (ADA) with almost 40% in the eight days since ATH was established at $1.48. ETH follows BTC with a 48% drop in less than two weeks.

Loan Venkatapen, the co-founder of Blocklabs Capital Management, told Bloomberg that while BTC is “not dead yet,” it still “expects efficient blockchain assets like Ethereum or Solana to challenge Bitcoin’s dominance in the coming months.” next."

According to Bloomberg, crypto hedge funds bought in this latest drop, one of which was London-based MVPQ Capital. The company's founder and CEO, Felix Dian, said they bought BTC for $35,000.

Charlie Erith, chief executive officer of ByteTree Asset Management, also said the $35,000 level is where "we feel it's a reasonable level to buy" and noted that they don't think "this will be the time 2018 will repeat itself." back”, the time when prices plummeted and the beginning of Crypto Winter.

However, with around $410 billion that investors spent on BTC during the bull market; According to data from blockchain analytics firm Chainalysis, $300 billion of those positions were lost when BTC dropped to $36,000.

People who are borrowing money to invest, they have been wiped out of the system… every time we see major corrections there is an opportunity to buy. [… ] I wouldn't be surprised if bitcoin and ethereum recover their full losses in a week.

Additionally, crypto financial services firm Amber Group noted today that it is finding comfort in smaller altcoins rather than a return to BTC and ETH.