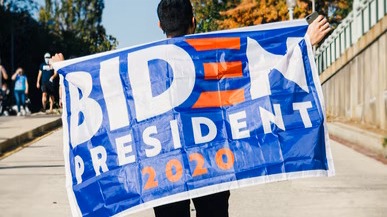 Executive Order on Digital Assets: Is It Good for Crypto?

In the last few days, we’ve heard a lot about an executive order that President Joe Biden signed on Wednesday regarding digital assets. Is this a good thing or a bad thing?

First, let’s keep in mind that the category of “digital assets” is broader than the category of cryptocurrencies. It also encompasses NFTs, crypto derivatives such as ETFs, tokenized assets, and could even include non-crypto and non-blockchain-based digital files. That may include digital music and other forms of digital entertainment. Keeping that in mind, what impact could the president’s executive order have on the crypto ecosystem?

What Does the Executive Order Have to Say?

First, let’s discuss what the executive order actually says? The second paragraph of the order reads (emphasis on bold text is mine):

The rise in digital assets creates an opportunity to reinforce American leadership in the global financial system and at the technological frontier, but also has substantial implications for consumer protection, financial stability, national security, and climate risk.

What I find interesting about this four-point list is that, beside consumer protection and financial stability, the usual rationale for any kind of financial regulation, the executive order places national security and climate risk. These are included for, I think, obvious reasons. The Democrats want to influence any technology that poses the remotest potential to climate risk, and bitcoin’s impact on the environment has already been identified. With regard to national security, that’s simply code for “we want to use digital assets to sanction other countries with whom we have differences.” The recent attempt to sanction Russia using cryptocurrencies is a prime example of this intent.

Reading further into the executive order, one finds this sentence (again, the emphases are mine):

It is these six priorities that are the meat and potatoes of the executive order. Plus, a seventh priority is added to explore a U.S. Central Bank Digital Currency (CBDC).

Now, what are the implications of regulation concerning these six priorities of Biden’s executive order?

How the President’s Executive Order Could Impact Crypto

Let’s take the president’s seven priorities and discuss them one by one:

President Biden’s executive order on digital assets is a mixed bag. In some ways, it could benefit the crypto ecosystem. In other ways, it could have a negative impact. At any rate, we will have to wait and see regarding how regulation is implemented, because the how will determine the final results.