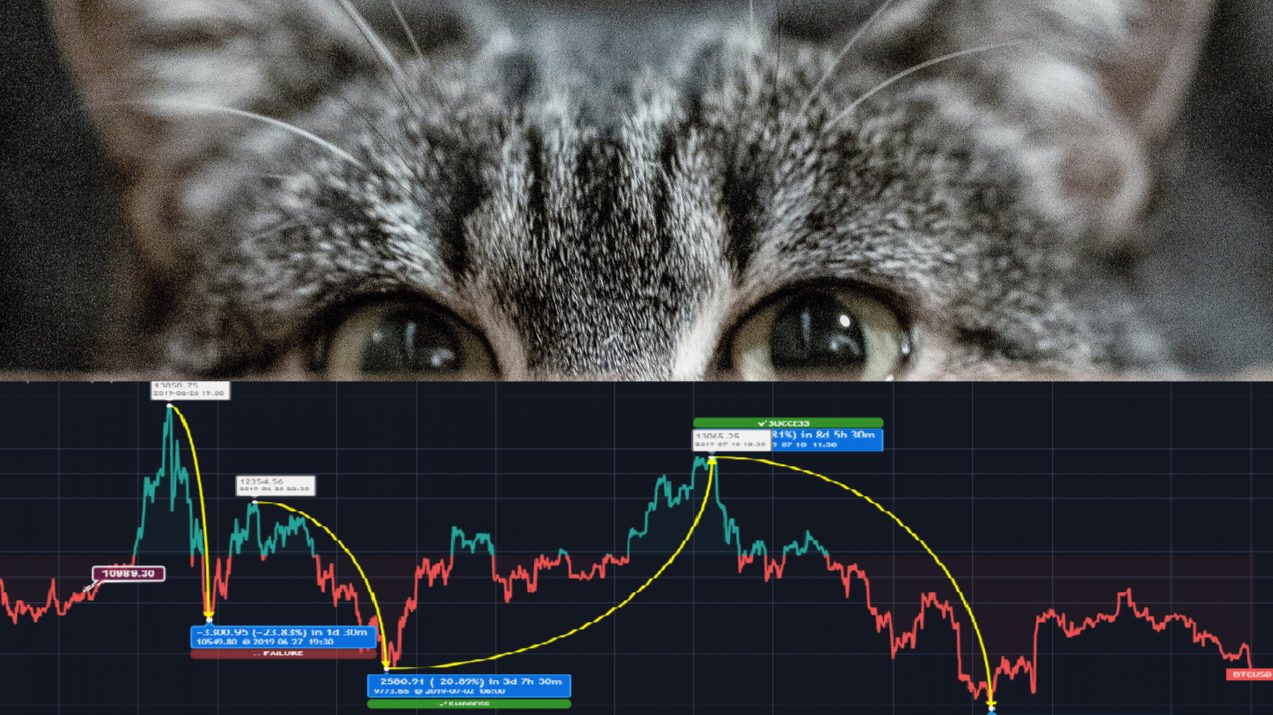 Today’s chart that the cat dragged in is showing one niche metric suggesting that we have a big spike in whale wallets market share on BUSD. What is Herfindahl Index and whats going on with BUSD - all of that here.

So, ever heard that curiosity killed the cat? Good thing they have 9 lives, because when this cat sees a metric named as exotic as "Herfindahl Index" he can't help him self - diving in is inevitable. So look at this beauty, that shows ATH on BUSD. 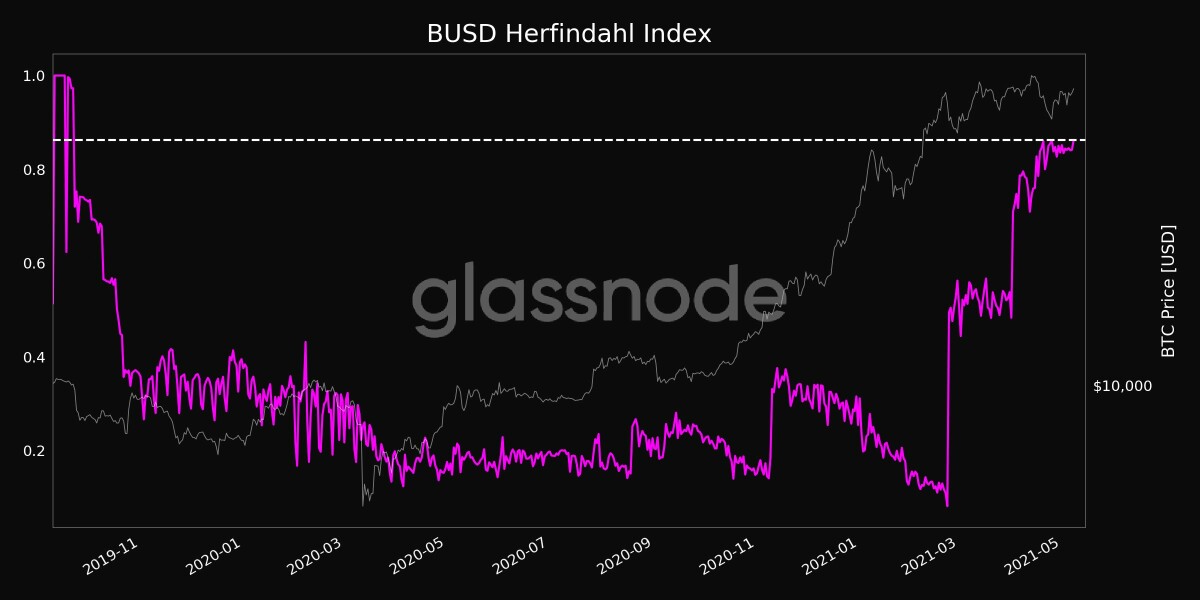 Herfindahl Index is a metric of concentration (or decentralization) with values ranging from 0 to 1, so although it technically did had a higher value in its history, it was a value of 1 meaning all the BUSD was in the hands of one entity. As you might have guessed it was at the release of BUSD (September 2019). This value fall sharply shortly after, meaning BUSD got redistributed to many wallets. Seems like its not the case anymore.

What is Herfindahl Index

Glassnode.com uses this metric as a decentralization meter. The lower the value, the more decentralized the instrument (in this case BUSD) is. But this is a creative spin on an previously existing metric, so let's start with its original use and method of calculation. Herfindahl Index is a measure of how concentrated an industry is - it's used to determine if there is a monopoly and is competition healthy. You might have heard some talk about braking up big corporations like Microsoft, Facebook or Alphabet (Google) - its because metrics like this show they have a market share in the industry that is so big, the competition can't really compete. As for the method of calculation I will quote Wikipedia here, since I don't want my "English as a second language" skills messing up the facts.

Herfindahl Index is calculated by squaring the market share of each competing firm in the industry and then summing the resulting numbers,(sometimes limited to the 50 largest firms), where the market shares are expressed as fractions or points. The result is proportional to the average market share, weighted by market share.

Now Galssnode uses this method to calculate how "whale infested" an asset is. What in the original use of this metric would suggest a monopoly, in crypto means that there is a wallet so big, it holds majority of a coin supply. To put it in their own words:

It measures the addresses' shares of the current supply, and is defined as the sum of weighted address balances in the network. A large score indicates high concentration of supply, whereas a small score is an indicator for more evenly distributed funds across addresses. Exchange addresses, smart contract addresses and other special asset-specific addresses (e.g. team fund addresses) are excluded.

Well it can mean a number of things. First of all it can mean that Glassnode made a blunder, and failed to exclude some major wallets acting as a treasury of BUSD - meaning that they counted BUSD that was not yet distributed on the market. This might be the case, as another major data analyst company, CryptoQant is in a process of updating a list of tagged wallets belonging to Binance. Maybe this metric should be updated too, but it would still show a interesting thing - a tsunami of money ready to fall on the market.

So I decided to use my limited chain-scanning abilities and ventured out of my comfort zone in pursuit of truth. (This Cat loves pursuits of such kind) This is a link to etherscan showing there is an unlabeled adders hoarding 47% of BUSD, a whooping $3,731,000,000, but it looks rather like a storage - it receives mostly from known Binance wallets and is not making much moves. It also does not explain this Herfindahl Index score, as the wallet making the concentration this high would have to be almost 2x bigger. Here is also the link to Binance chain explorer.

I dedicate this series on my blog to bring attention to some interesting charts that go by my desk. This one is interesting for sure. I did include the example cases from Wiki for a reason - even in an environment where 80% of coins where stored in one wallet, this metric shouldn't be over 0.8. Does Glassnode have a different source of blockchain data than Etherscan? AFAIK that is not possible. Did I misunderstood something about the metric? More than possible occurrence, but after few reads I can't figure out what I missed. If you have any idea what might be the cause of such readings please share your knowledge with this little-brained feline.

May your account grow fast and cans of tuna be full,
Cryptocat