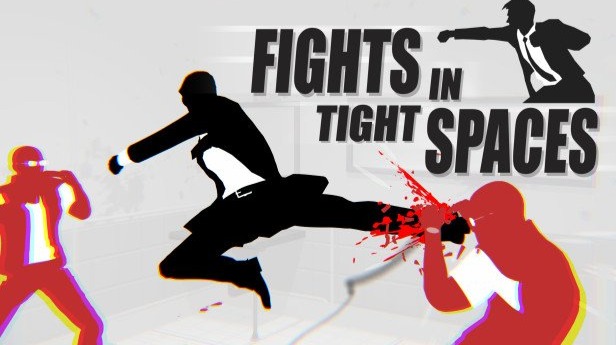 Have You Played Fights In Tight Spaces?

Ever since Slay the Spire defined the roguelite deck builder genre, there have been dozens of games following that same formula. Admittedly, I've played them all. I'm just a sucker for card battlers. Some of them I refunded, some were mildly interesting for a while, and only a select few managed to keep me occupied for a longer time. Those that did usually managed to do so because they offered something fresh, a twist that I hadn't seen before. Most of the time, though, the setting was the same. Some (high) fantasy hero fighting it's way through hordes of monsters. One of the few games that really came up with it's own unique setting so far is Fights in Tight Spaces. Refreshingly, this is not the only thing that this game has going for itself! As the image above somewhat gives away, in Fights in Tight Spaces, you aren't a fantasy hero, and you sure aren't fighting orcs and goblins either. The game puts you in the shoes of a secret agent that has to deal with different gangs, syndicates, and what not around the world. You are sent in alone and unarmed and it's up to you to beat up the bad guys.

Fights in Tight Spaces is a very interesting hybrid between deck builder and round based tactics game. All actions you take, be it punching an opponent, moving around him, or blocking an incoming attack, are dictated by the cards you play. At the same time, the game takes place at a small map made up of squares and you take turns with the mobsters to beat each other up. While your character can take several actions during the turn, each opponent will always do exactly one of two things: If he faces a target that he can reach, he will attack it. If he doesn't, he will try to get into a position that will allow him to attack next turn. There are both unarmed opponents that can only engage in close combat, as well as fully armed brawlers wielding a baseball bat or even carrying a gun.

All maps are pretty small, so you can't move around all that much and eventually, you'll have to face several opponents at the same time. Nevertheless, moving at the right moment and to the right place is key for victory. Since you always know what your opponents will do, you need to bring in as much damage as possible before getting out of harms way before you end your turn. As noted above, your opponents will always attack if they have a target. That target doesn't have to be the player's character, though. If another mobster moves in front of them, they will totally go for him instead. That allows for some pretty interesting moves. There are many cards that allow you to influence your enemies position. You can push and pull them, give them a spin kick moving them to the left or the right, or just shove them wherever you want them to be.

Each of these actions is tied to a different card with quite a lot of different cards available in the game. Each card basically is another combat trick you already know from all these Kung Fu or Secret Agent movies. They range from simple kicks and punches to artistic attacks like walking across the wall or doing a full roundhouse kick. When starting a round, you get to choose between four different setups for your starting deck. From there, it's up to you what cards to add. Each build has access to all cards within the game, so there are no classes like in most other deck builders. Each of these setups focuses on one way of dealing with opponents and these also represent the most viable builds. You can either try to just beat down everybody around you, you can try to position them so that they will kill each other, you can try to block and counter their attack, or you can do a combination of all the above. All of these options are somewhat viable, although I found the block&counter built to be somewhat lacking in the late game. Once most of your opponents resort to ranged weapons, it becomes increasingly challenging to block all incoming damage and deal some damage back on top of that. I do enjoy the fact that you get to use all cards with all builds as it allows for a more dynamic deck building during the game. At the same time, this is taking away a bit from the replayability of the game. Once you figured out your preferred build, you'll probably always move towards the same cards, no matter what deck you started with. The game is still in early access, so we might see more classes down the road, those would certainly help to keep things interesting for a longer time.

Gameplay itself is pretty fast paced and once you understand what which opponent is going to do, taking turns doesn't take very long. There's a big amount of strategy involved and any deck that only tries to brute force enemies to the ground is going to suffer pretty quickly. A good combination of movement and attack cards is vital for success and as you progress through the game, you'll get access to more and more complex movement and attack patterns.

There are some downsides to that as well, though. The game is not a roguelite, there are no unlocks and no progress between games. In theory, I like that decisions because it means there's no mindless grinding. Nevertheless, this also means that you will beat the game extremely quick if you are somewhat good at games like this. Getting to the final boss and beating him took me just a bit over 4 hours and after that, there's not terribly much for me to do any more. Considering that the game is sold at 21€ (~27$) that's not enough content to warrant the price, at least yet. Since it's still in active development, that might change eventually.

Either way, Fights in Tight Spaces is an amazing game and really entertaining to play. If you want to join the fun right away, there's nothing wrong with getting it right now. If you are a bit wary about the price compared to the expected hours played, I'd advise to wait a while to either see if more content is added to the game or to get it once it is discounted. It has a 93% positive rating on Steam despite the short time it takes to beat it and I feel like that's a pretty fair rating. If the game evolves from where we are now, I might even follow up with another article in some months.