Bitcoin is the Future, Not Gold 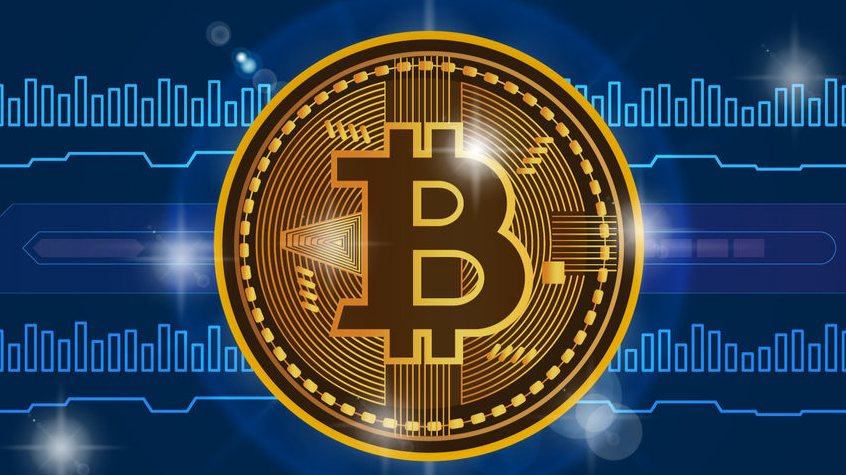 Bitcoin is the Future, Not Gold

It's no secret that cryptocurrency enthusiasts refer to Bitcoin as digital gold. It's the next upgrade to gold essentially- a form that retains value over time, while also typically following a nice uptrend, but also adds in the added speed & security. You can't possibly send gold to someone in minutes, not in its physical form. But you can do so easily via Bitcoin! You can send your friend .01 BTC, who lives halfway across the world, and within minutes it could show up in his wallet, although you'll need to wait just a bit longer for it to fully confirm & be a spendable output. What good is gold anymore when people realize how much simpler Bitcoin is?

The problem with gold is that in my opinion, it's much more difficult to figure out how to spend/use it. You can download a Bitcoin wallet & figure it out via a simple tutorial in 10 minutes. I'm a pretty tech savvy person & I don't understand what you could possibly do with gold, why any stores would have any incentive to accept it as payment, let alone the physical aspect of yeah, you can't send someone a gold bar in the mail. This story always strikes me as a rather facetious yet very real news piece as to why gold is so archaic in this increasingly digital era- https://www.nbcnews.com/news/world/gold-bars-worth-millions-fall-plane-over-russia-n856941

The plane hatch opened somehow by accident, and whoops! more than three tons of gold fell out of the plane. If that isn't hilarious while being a prime example of why Bitcoin is superior, I don't know what is. Millions of dollars of gold, simply falling from the sky. Luckily they were able to find & recover all of it, but still. Imagine if this had occurred while flying over the ocean or a large body of water? Millions of dollars worth of gold, probably gone forever. I don't think it floats by the way. Unfortunately I don't have a gold bar lying around where I can test this, but I'm pretty sure you shouldn't drop gold into water. Results may vary.

Gold does have the advantage of being proven of years and years of history yet does this mean much? Fiat was apparently proven yet it has lost 95% of its buying power since the Federal Reserve was created, due to inflation & printing endless money, while the cost of the things you purchase are always going up year to year. Here's a pretty good chart proving this. 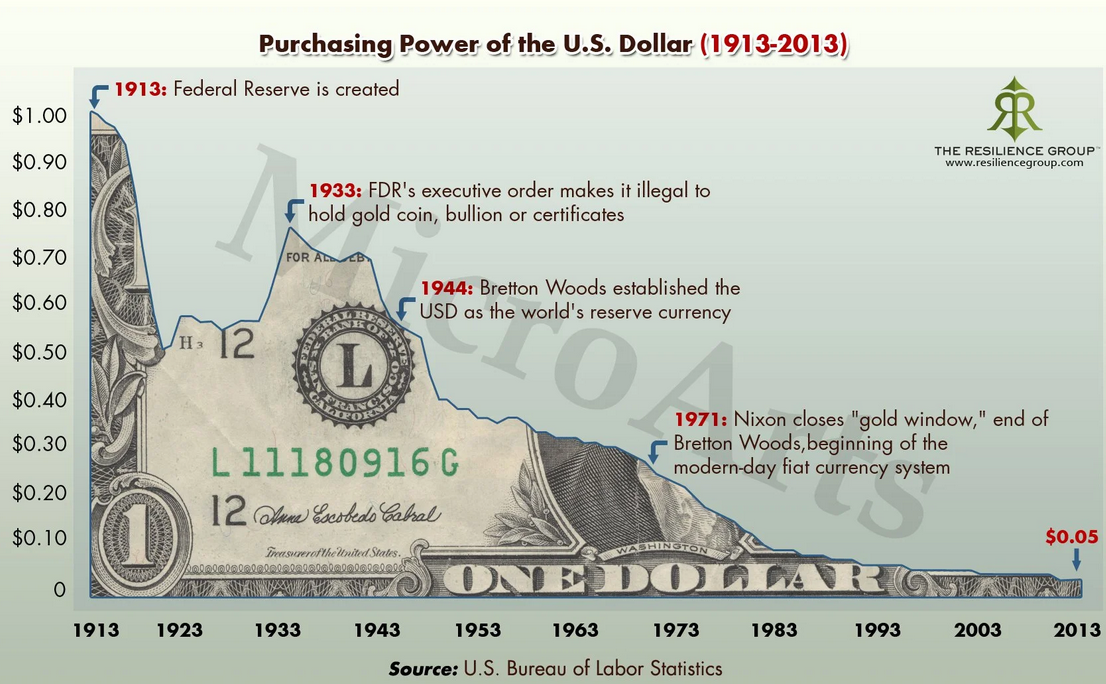 This really should outrage everyone. Basically your fiat USD holdings are losing buying power every year and that $1 you have in your pocket is no longer worth anywhere near $1. Remember the good old days? No I'm kidding, I'm not that old. But like people saying you could buy things with a nickle? Yeah that was very true but no more. A nickle is about as good as a small paper weight these days. Eventually a $1 bill is going to be as good as toilet paper, in fact toilet paper is probably already worth more than $1 per sheet, as you can't hardly find it anywhere during this pandemic crisis. Starting to rethink money? This is where Bitcoin comes into play.

Bitcoin was created for THIS EXACT THING. When fiat is endlessly devalued, when the gov't gets spooked over another global crisis in the stock market. What do they do? Simple. Print more monopoly money & keep the system artificially propped up. Could most stocks come crashing down hard any day? Your guess is as good as mine but I'd like to think yes they could. What happens when the gov't stops printing money? They wouldn't do that actually so basically year after year, your dollar is worth less. It's no longer a commodity. What is? Yeah gold. But Bitcoin? Even more so. People want everything digitized these days. They don't want to carry around a brick of gold for payment and the more people wake up to the devaluation of the dollar & fractional reserve lending, the more they are drawn to a scarce asset which has proven itself over an 11 year span, starting a mere pennies, yet now being worth almost $7,000 USD.

So why Bitcoin? Because fiat will be endlessly devalued. Because your gov'ts will print more money & send it to the 1% to keep their corporations afloat, all while making your money worth LESS, and your stock or 401k portfolios being worth LESS. Do they care about the common person? NO. Bitcoin is our way out of this archaic system. Bitcoin is dictated by math & numbers, supply & demand. Bitcoin will only ever have 21M coins in existence, with a decent chunk of those already being lost, and seemingly more being locked up long term every day because more & more people are waking up to the grim reality of the economy & their finances. So again why Bitcoin?

Not for the "sick gainz," not for the getting rich overnight, not for buying a lambo in 3 days from now, but because it's a vote towards an alternative system of finance & an alternative economy, all in itself. The world hasn't seen anything like cryptocurrency before, although there have been forms in the past (will write an article soon about previous forms of "crypto" or precursors to Bitcoin), tried & failed, but all of them pushed us to where we are now. Long ago someone had the idea that the economy is more fragile than you think, that fiat is centralized, controlled by a few in power, can be printed easily, making it worth less than it was the day before, and that maybe just maybe a new system needed to be created. We have Satoshi to thank for this system, whoever he or she was. So thank you Satoshi. You really changed the world, at the right time, & maybe you aren't even here today (RIP?) to know it, but us fellow cryptocurrency enthusiasts all are thanking you. We owe you everything & the least we could do is continue stacking sats, buying Bitcoin, and spreading the good word.

Bitcoin is just getting started. The ever increasing volume & market cap should be a good indicator. 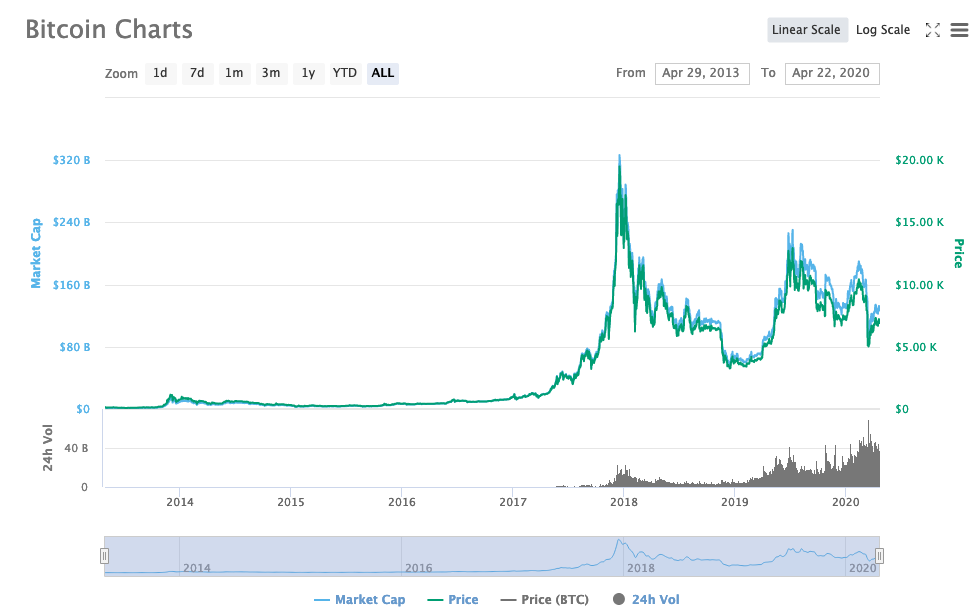 If you are losing faith in your gov't, losing trust in your fiat currency, remember there is always an alternative form that is becoming more accessible to the general public than ever. It no longer feels like you have to be in the know or to find some shady, dark web site to buy into bitcoin. You can simply get a coinbase or cash app account, & be purchasing your first whole or fraction of a Bitcoin in less than a day! Who knows what tomorrow brings but that is the exciting thing about cryptocurrency. Not only is it an asset class all in its own, but it also fluctuates & can make you a few bucks while you are at it! Who couldn't use a few extra bucks in these trying times?

$10,000 may seem like a long ways off but in 2017, BTC went parabolic in only a short amount of time. It won't happen tomorrow but who's to say it isn't right around the corner? I always say "your guess is as good as mine" but in this case, I got my money where my mouth is.

Bitcoin IS the future. Not gold. 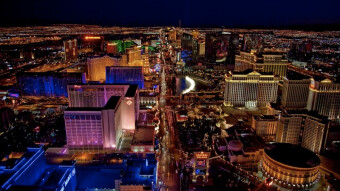