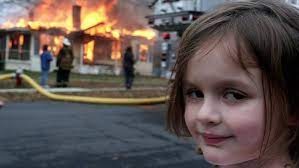 The higher you climb, the harder you fall! (weekly crypto news recap)

What a week! What a week! Elon the Saint versus Elon the Dare(Devil). Hackers, airdrops, fake news, real news, Bloomberg paying their reporters if the FUD move the market and so much more. Let's see what happened: