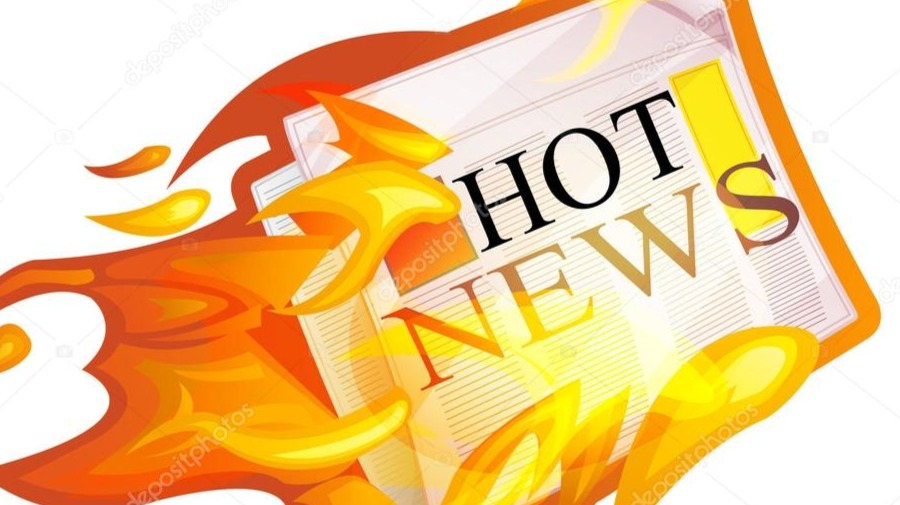 After the sideways of the market last Sunday, crypto market shown a bullish sentiments after the temporary down. Last Monday, April 26 BTC did go down to $46930. That was the lowest after reaching an all time high of $64k..

If last week was full of negative news that made the market sentiment uncertain wether it will down or not, which I tackle in my last article, Uncertainty Of The Market Sentiment.

The news that has a largest impact was when Bloomberg had breaking news that President Joe Biden administration will propose a 43.40% capital gains tax. Many has reacted and start selling off their asset to secure, the main reason why crypto market goes down and altcoin market was mixed up.

There are certain coins that was not affected by it, they remain strong and bullish which is the CAKE, UNI & SOL they were all flying. Cake able to break $30 while SOL reached $40+, on the other hand UNI traded $30 plus despite that BTC is struggling to climb up, bouncing from it's strongest support which is the $48k. As of writing this article CAKE, and UNI remained bullish while SOL undergo a little correction.

What are the current news that made BTC climb up and show Bullish sign? 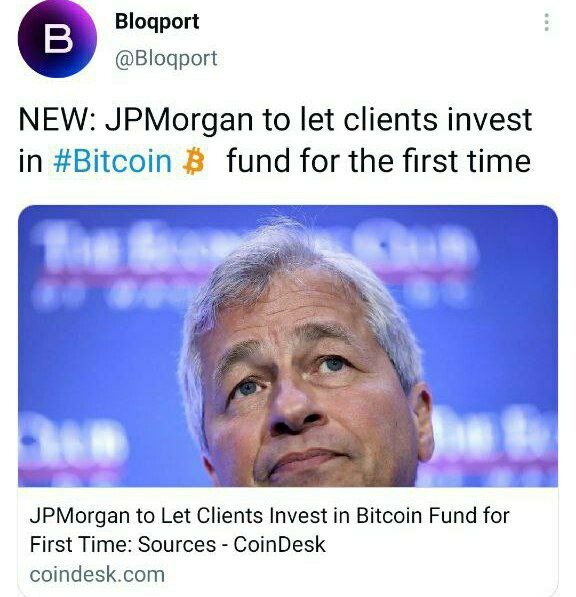 Way back 2017, Jamie Dimon JPMorgan CEO called Bitcoin a dangerous fraud that threatened to “fire in a second” any trader who will touched the stuff. “If you’re stupid enough to buy it, you’ll pay the price for it one day,” he statement that time.

Now, JPMorgan is preparing to offer it's certain clients an actively managed Bitcoin fund, which became the latest, largest and if it's CEO's well documented distate for Bitcoin is an indication to unlikeliest U.S mega bank to embrace crypto as an asset class.

Bitcoin fund in JPMorgan could roll out as soon as this SUMMER, two sources familiar to the matter told CoinDesk. NYDIG an institutional Bitcoin shop will serve as JPMorgan's custody provider, said by a third source.

This news is another massive news for crypto space as more and more public and private companies are adopting crypto or investing in Bitcoin. Soon, they will notice Bitcoin BCH for sure. 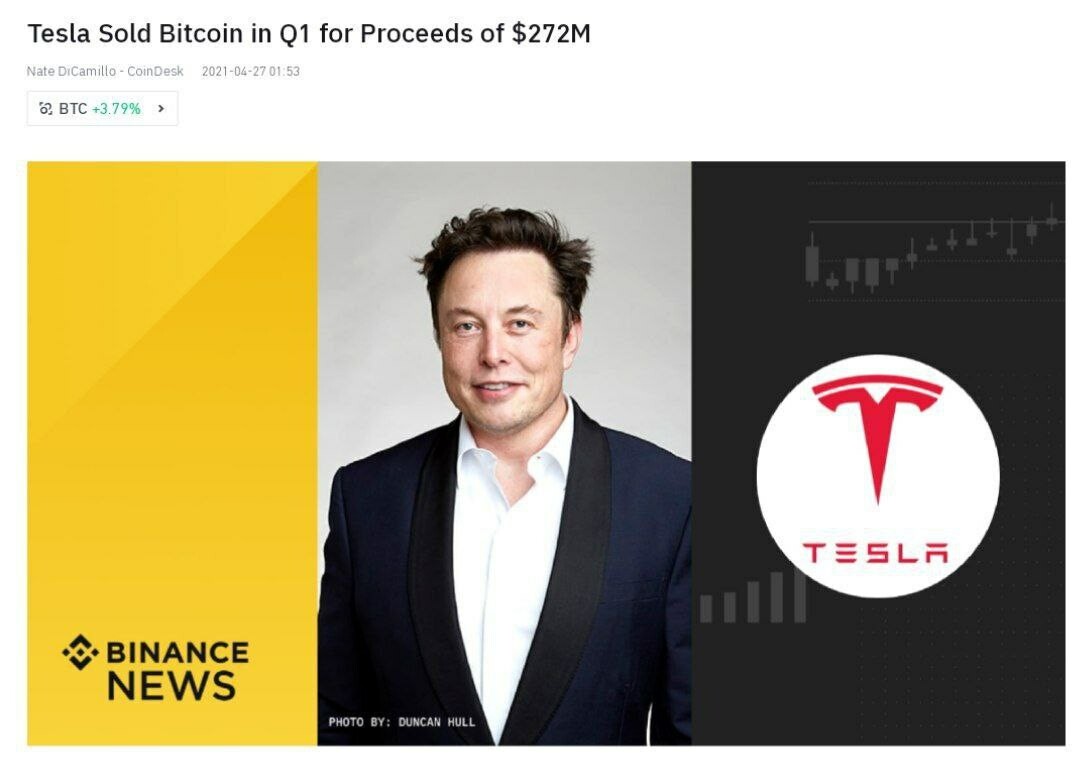 Tesla bought Bitcoin last February worth 1.5 Billion. But yesterday, April 27 news was out that Tesla Sold 10% of their holdings in quarter 1, -.6% Bitcoin stash in the first quarter worth $272 millions.

The sale trimmed Tesla's position by 10% according to Tesla CFP Zach Kirkhorn.

The sale was just a testing for their balance sheet liquidity. But they assured that they will continue to accumulate Bitcoin. 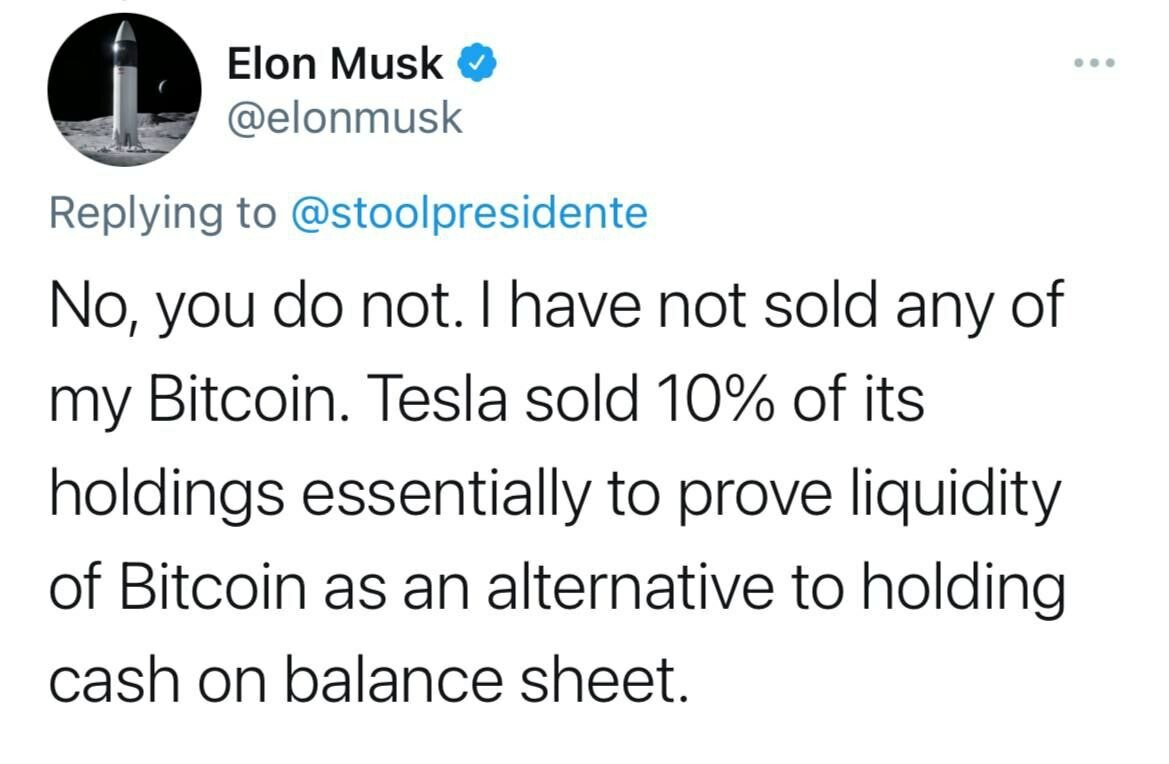 Elon Musk Tesla owner also clarify that he did not sold any of his Bitcoin but Tesla did for balance sheet liquidity as an alternative to holding cash.

The news added fuel to the current market sentiment assuring other big investors to accumulate Bitcoin.

Bitcoin Cash is also doing well after the last dip of $715 it goes back to $929 level and trying to go higher to $1k again.

Let's hope for a bullish month beginning of May!