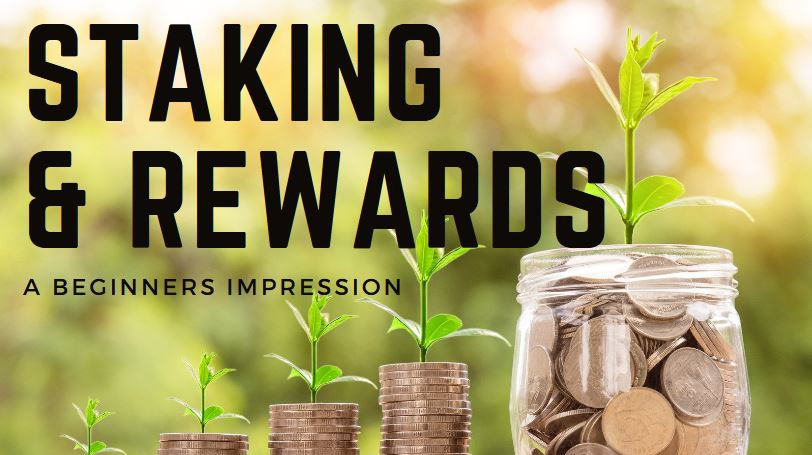 Whether you're into Crypto because you're hoping to make a quick profit or are holding long term the goal is the same: make money. I've always been a firm believer that you should make your money work for you so if you're going for a holding approach you'll likely find a lot of cryptocurrencies have built in functions to accomplish this. They go by different names but you'll commonly encounter Staking and Rewards. While learning how to set these up on my own wallet I came away learning some things I wish I knew in advance.

Warning - Several of these coins and others run the risk of slashing, meaning that what you stake onto a chosen validator/producer/representative your coins could be burned from supply (you will lose those coins). This usually happens when a validator acts with bad intention. The validators can also change their fees so checking back in often is advised. Do your research before choosing your validator/producer/etc.

Cosmos is Staked by delegating funds to validators. The funds are unavailable until delegation ends, which takes 21 days to complete.

The first thing I noticed with moving ATOM around was the fees delayed my benefit from staking for several weeks. While fiddling around, buying more, pulling from an exchange, I lost 0.035 ATOM alone ($0.84 with ATOM at $24). I know, it's not much, but for a beginner it may be more than they're willing to chew.

To add to this, compounding your rewards will cost more than twice as much (0.023 ATOM total) than a simple claim (0.0093 ATOM, at time of writing). This is due to the fact that delegating is a slightly more costly action (0.013 ATOM).  These fees chew into the potential rewards.

Update: I was educated on fees and found I was blindly accepting what Ledger decided was an acceptable gas rate. I used a website (bigdipper) to claim rewards instead of Ledger Live and found my fee came out to 0.000239 ATOM, a great improvement. I also added to my existing delegation for 0.00019 ATOM, making compounding far more appealing.

Now that I know Cosmos has adjustable gas rates and I that I can interact with the blockchain elsewhere to get better rates I'm much happier with staking on Cosmos.

Algorand is not actually staked but the chain is issuing rewards over time to open wallets (based on the balance).

Algorand really has very few pain points with regards to staking. Ownership of the coin in a wallet is all you have to do passively earn (again, it's not even really considered staking).

The fees are low enough on chain that ALGO rewards cover them very quickly. Claiming is easy (Ledger has a built-in button for it) as you can just send yourself an empty transaction and it issues the built up rewards. It's important to consider that at some point the ALGO chain will have issued all coins (10b cap, ref) and thus rewards may dry up (it's at 5.5b in supply, May 2021). In spite of that I really enjoyed that it could not be easier to earn passive income on ALGO.

Tron employ a mechanism where you freeze assets to gain resources (Bandwidth or Energy) and in turn gain voting power. The more you freeze the more resources, votes, and in turn rewards you will gain. You'll be unable to access the frozen resources for 3 days after the initial freeze, after which time you can unfreeze and use instantly. You also immediately gain votes that you can assign to "Super Representatives" and "Candidates" who validate transactions on the chain and issue rewards back to the voters.

Tron has a fairly smooth system for earning passive income. Depending on the Super Representative (SR) you will either have your rewards deposited into a Reward pool or paid directly to you. If they go to the reward pool you'll have to claim them first, at which time you could freeze them and add more votes. This can get tedious as it doesn't compound automatically.

I really rather enjoy the Tron voting/rewards mechanism. The returns aren't bad and you can spread them out over many different Super Representatives if you desired. The chain runs in 6 hour cycles, each cycle paying out some rewards to the SR. I would recommend vising the Token Goodies site to find the best SR.

Tezos employs a wallet staking method similar to Cardano by choosing a validator. This validator will 'bake' and award you coins based on the balance of your wallet at cycle time. Cycles are around 3 days long and most have a minimum 0.01 XTZ payout before they'll send the reward.

Delegation itself can be difficult if only because there are so many to choose from. The most annoying part is waiting for payoffs, which can take weeks (14 cycles for the validator I chose, that's 40+ days).

As with ADA I like that my wallet is now earning income and that I can send/receive all of my funds as none are frozen in the process. Not to mention it compounds automatically since the payouts go straight to your wallet.

Polkadot has a 2 step process to its Reward system - the first is to bond your DOT, which locks it for 28 days. Once bonded you can then nominate validators which will eventually pay out Rewards.

My initial issues were solely on me - prior to version 0.9.0 the minimum stake amount was over 200 DOT. I read and dismissed multiple warnings, including from Ledger itself, about the minimum so when I bonded less than the minimum required I suffered the consequences of my actions. I had to unbond the amount and wait the required time, paying fees along the way.

My takeaway from Polkadot is that you really read up on all processes before you jump head long into them. This was purely my fault.

EOS has the Resource EXchange (REX) for earning passive income. By purchasing REX you lend you EOS to the system for use, the lent EOS gains interest. It takes around 5 days for the lending transaction to settle and earnings to start, your funds are inaccessible while this happens. When unlending you regain the funds immediately.

Unrelated to passive income - setting up your own EOS account to begin the process (off exchange) is slightly complicated. It involves sending a couple EOS to a root account with a specific memo. Beyond that the lack of fees on the blockchain makes tinkering with this fairly painless.

REX, at the time of writing, earns piddly amounts of income, maybe you need to own thousands of EOS? I have to imagine that if more Dapps onboard to EOS the need to borrow resources on the chain will get higher and earn more REX as a result. Right now I don't see that happening. Overall it's not a great choice for passive income.

Cardano is similar to Tezos, you Stake your wallet to a Pool, which requires you to lock in a small amount (2 ADA). It takes several Epochs for the Pool to begin paying out to you.

The return on staking hasn't offset my fees in the various transactions and staking actions I've taken. I probably invested the least amount into ADA but the chain's fees for transactions are quite high given its price. Lastly, secure interaction with ADA wallets requires that you download the entire blockchain (8GB+). You can interact with it via web wallet but that's far from ideal. Note that you don't need to open your wallet to claim your rewards, they are added to your wallet balance.

As with Tezos I enjoy that ADA stakes your wallet instead of coins, so nothing is held in escrow. Given wide adoption of the coin it would feel far more like interest gained in your bank account that compounds per Epoch instead (every 5 days or so).

There are plenty of other coins out there that utilize staking and I just haven't had exposure to them. I'm aware there are others that have better returns but as a new trader I started with some of the more common exchanges (Coinbase, Kraken) so I didn't have access to many of them.

Sound off in the comments about your interactions with the ones I've mentioned and others I did not as well as what I may have gotten wrong.