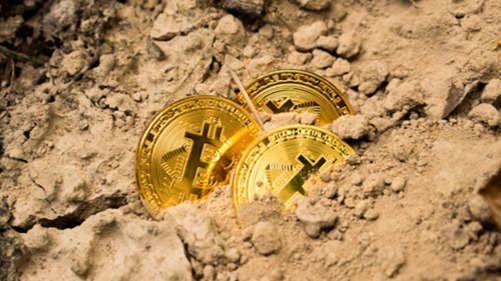 The blockchain ushered in an era of new technology since its public debut in 2009. It would later change the way we perceive assets digitally. The Bitcoin, however, was not the first digital coin ever produced. Nonetheless, it was the first to be successfully used in a peer-to-peer transaction on a digital public ledger. Thanks to Satoshi Nakamoto, an avatar of a genius who breathed life into this technology.

Ethereum, the second largest blockchain variant since Bitcoin, distributes a currency called Ether (ETH). It also implements computer code operation and storage, which allows for Smart Contracts. The increasing popularity of Non-fungible Tokens (NFTs) under the Ethereum Blockchain has provided a channel for artists, musicians, game developers, athletes, writers, researchers and other entities to publish, auction or sell their work on a digital platform. Beeple's digital artwork that fetched a hefty $69 Million at Christie's was a first in art auction history. It created the new NFT Boom. Nonetheless, the most recent improvement in the Ethereum 2.0 roadmap was its successful implementation of the Berlin Hard Fork.

On the other end of the spectrum, Ripple, the distributor of XRP, focused on the development of a real-time remittance network and currency exchange based on the public ledger. Its blockchain transactions are among the fastest, safest and most efficient in terms of energy usage. Ripple is currently battling a lawsuit filed by the SEC to determine whether the XRP is a security or a commodity. The crypto community is watching closely as the events unfold in the coming days and weeks.

Who wins the war?

There are certainly winners and losers in the crypto mining space. China, for example, appears to dominate the Bitcoin mining arena. If this goes on, it will exhaust Bitcoin's limited supply. The recent coal plant disaster has slowed them a bit, but not for long. The Proof of Work (PoW) protocol must be upgraded soon and perhaps regulated towards the more energy-efficient Proof of Stake (PoS) implementation. This is also true to Ethereum. Dash, another popular altcoin, has adopted the more efficient PoS system which allows for faster transaction parallel to Ripple's implementation.

The crypto industry hangs on a delicate balance. The environment which we live in should be included in the formula. More efficient blockchain implementation are needed to conserve our remaining resources. As we ride along in this new technological wave, our profits should not outweigh one important life source– the environment. In the end, there should be no real losers in this game.