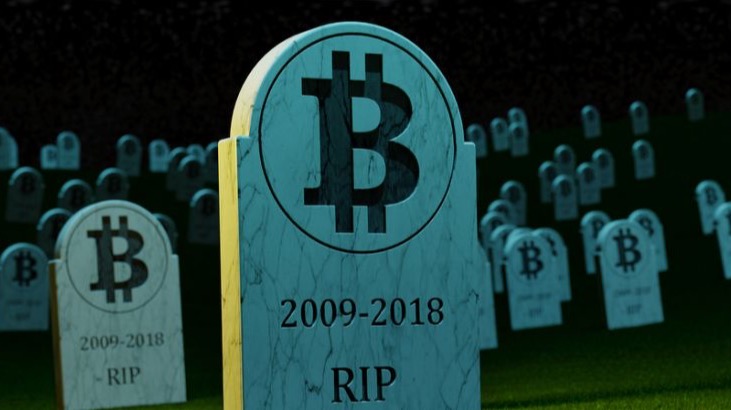 A decade since inception and the popularity of bitcoin is still on the rise. Yet the creator of the peer to peer payment system has remained a mystery to date. However, according to the Chief Executive Officer of BitMEX, Arthur Hayes, Bitcoin Inventor Satoshi Nakamoto is in fact dead. The identity behind Satoshi Nakamoto has not yet been revealed; what are on the surface are just rumors , which have been on the ground for quite a while. And one such rumor is that he is of Japanese origin. When Bloomberg approached BitMEX CEO on the matter while compiling a report dubbed, ‘ Who is Satoshi?’ ;they asked him whether we’ll ever find out who is Satoshi - Arthur stated “No”;  he thinks Satoshi is already dead.

Other rumors on the surface exclaim that Harold Thomas Finney is the real Satoshi. Harold Finney was a cryptographer and crypto pioneer who worked alongside Satoshi; however - Harold passed away in 2014 and was cryptopreserved by alcor Life Extension Foundation.

Most claims about the identity of Satoshi are vague and dont point to an actual account of the mystery. Over time, different crypto researchers have come out with various reports relating to the Bitcoin inventor.  One important account documents Craig Wright, famously known as Faketoshi;  an Australian Computer scientist and supporter of Bitcoin SV (BSV). Wright was allegedly caught in a legal suit that had him pay BTC 550, 000 ( USD 5.5 billion)  to the brother of his deceased business partner David Kleiman. The controversy is popularly known as the Faketoshi saga.

Nevertheless, we also noticed the entry of another name into the scene; James Caan, who explained his claim through a plethora of detailed blog posts. However, speaking at the milken Institute Asia Summit in Singapore; Hayes claimed the impact of Satoshi’s invention in the global market. For instance, comparing between traditional markets and cryptocurrency markets; Hayes stated that the crypto market is open 24 hours a day through the year, on a daily basis.

Unlike traditional markets which have weekend, holiday and lunch breaks. In fact, crypto markets will create better impact on traditional bond, equities and trading. Eventually and in the long run, the traditional market will be able to absorb each element of digital markets; probably costing traders their breaks.