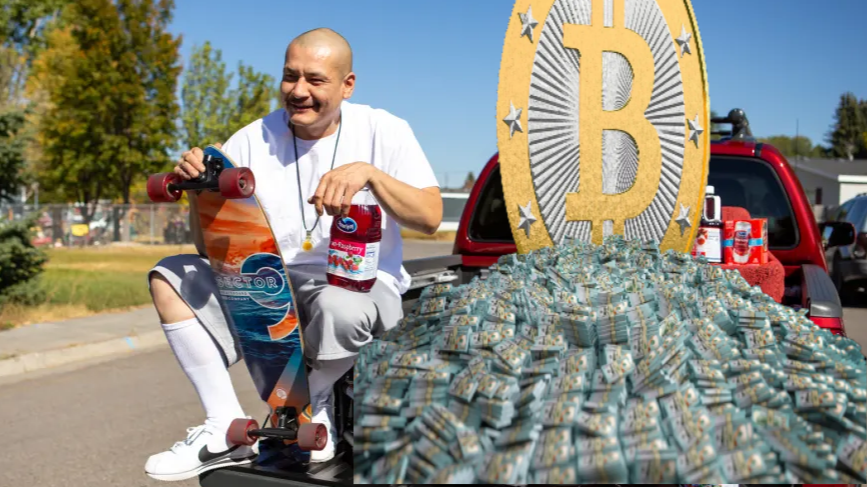 Every day, it seems, the concept of “value” on the internet gets a little more difficult to peg. Take the case of Nathan Apodaca, the guy who became a viral sensation last year after posting a TikTok of himself skateboarding to “Dreams” by Fleetwood Mac, drinking Ocean Spray cranberry juice, and generally embodying a vibe of such utter chillness that a nation found itself transfixed. How much was that video “worth”? It made a lot of people smile, certainly; boosted Ocean Spray’s brand considerably; upped sales of “Dreams”; and, in terms of Apodaca’s own life, scored him a new truck from the juice company, and more than $10,000 in donations. Which is nice, certainly. But is it what the “Dreams” video was “worth”?

Apodaca is now setting out to test that question, as Consequence Of Sound reports that he’s arranging to auction off he NFT of the video (i.e., an encrypted digital certificate that says its possessor “owns” a piece of media) for somewhere in the neighborhood $500,000. That’s a lot of money, especially since—as noted by TMZ—the NFT’d video won’t actually include the audio from “Dreams.” (Apodaca’s representatives reportedly reached out, offering half the sale price in exchange for use of the audio, but Stevie Nicks apparently turned the offer down.) Apodaca—who was living in an RV without running water when the video went viral—reportedly intends to use the proceeds to buy his parents a house, among other plans.