Bitcoin Vs Gold: Is it even a contest? 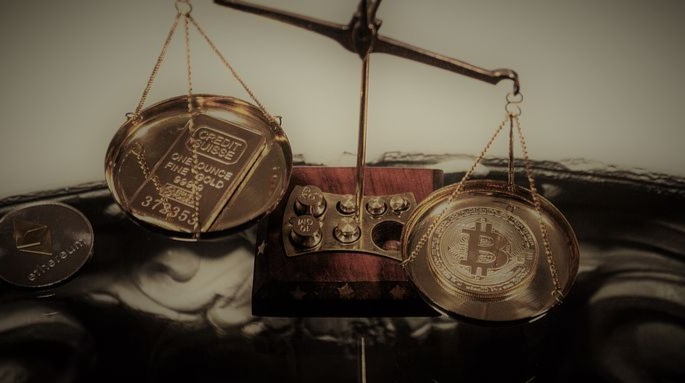 Bitcoin Vs Gold: Is it even a contest?

Bitcoin is usually referred to as "digital gold".

It has even been hinted that it might soon replace gold as an asset.

And for good reason.

It copies the mining process used to obtain gold.

It copies the high price tag of gold.

As we can see, Bitcoin is,in many ways,the digital counterpart of gold.

Except for one teeny weeny problem.

Bitcoin is about 10x more volatile than gold,even as it has settled down.

You see, that's the major mantra of Cryptocurrencies.

And this is one of the many reasons why Bitcoin cannot replace gold.

Because it poses a threat to investors' money.

That's pretty amazing in itself.

But you know you can expect 1% a year from gold. There's no telling what Bitcoin would be doing in the next hour or so,not to talk about in a year.

Also,Bitcoin can't replace gold just yet because it is yet to be considered as a currency by a majority of people.

Believe it or not, we spend gold everyday. We just don't know it.

In fact,until President Nixon removed the dollar of the gold backed standard some decades ago,the dollar was backed by gold.

That meant that for every dollar you spent,you were actually spending a tiny little piece do gold.

That gave the dollar the power it still has today.

But this isn't about the dollar.

This means it really isn't backed by anything.

So it's not considered real money.

At least not yet.

But there's a ray of hope shining down on bitcoin.

As we have noticed of late,its volatility has been dropping slowly.

Slowly,but surely, Bitcoin is becoming a currency accepted by everyone.

There are bitcoin ATMs now,and stores like eazyskins support Bitcoin payouts.(This particular one was a big break,since this company recently received the queen's award for creativity).

But for now,Bitcoin can't be compared to gold.

It just isn't a contest.

Please comment your thoughts down below. Let's continue the discussion!