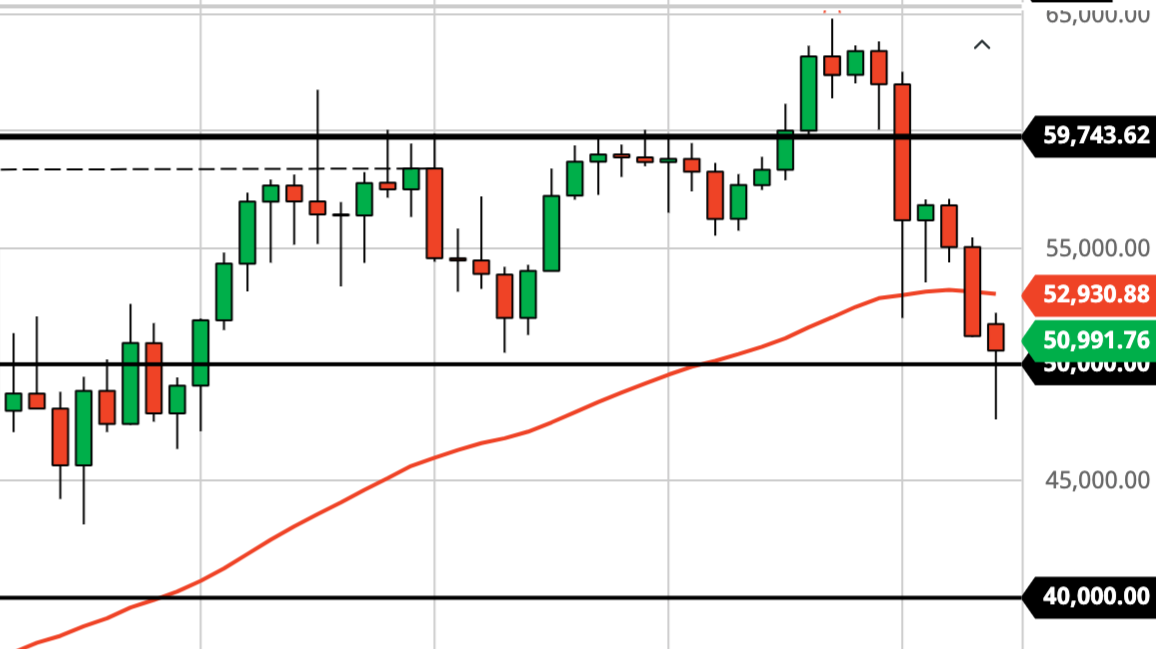 Weak Hands are Getting Washed Out of Bitcoin (Apr 26 Forecast)

Bitcoin fell again on Friday, falling early in the session to about $47,500 before the buyers stepped in, bidding up Bitcoin to the 50 Day EMA where it was ultimately rejected, closing the daily candle around the $51K level. 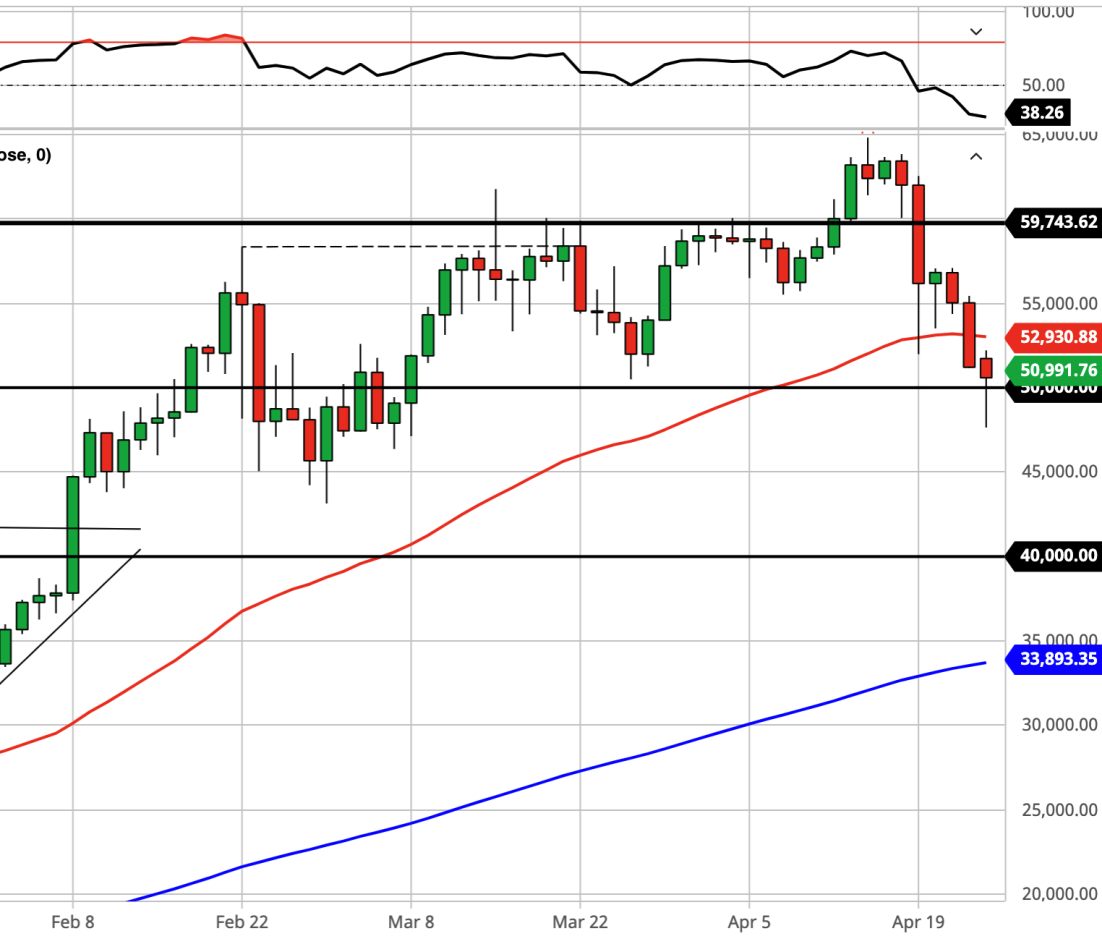 Bitcoin had a somewhat bearish day as it bounced after falling to a short-term lower low but was subsequently rejected by the now-overhead 50 Day EMA around $53K, sending Bitcoin lower to just above $50K. This points to more short-term pain ahead as Bitcoin reverts to the mean and is now trading above the 200 Day EMA but below the 50 Day EMA. If $50K doesn't hold, which it very well may break over the lower-volume weekend markets, then we should look for support around $45K, the March lows, and then $40K, the January highs which should be ironclad support. We really have yet to test any meaningful support levels after having broken above the $40K - $42K level in early February, so it's not out of the question that we're simply seeing a slightly deeper bull market correction play out to retest former resistance-turned support.

That being said, the overall trend is still up and there's no reason to bet against Bitcoin yet - a lot of things need to change dramatically for short-selling to be a quantifiable advantage going forward. Dips continue to offer buying opportunities, even if you are catching a falling knife. Absolutely nothing has changed in recent days or even weeks or months. Sentiment is simply being affected by bearish price action that was instigated by overleveraged Binance futures being liquidated. It is no coincidence that hours later, negative newsflow started pouring in, particularly US president Biden's high capital gains tax proposal and increased regulation. These are old and repeated speculative FUD attempts, and anyone who's been in crypto for 5+ years has seen these flare ups of FUD many times before, especially when crypto drops a few percent.

Bitcoin's RSI fell to 38 and is now at its lowest point in 2021. Keep an eye for when Bitcoin's RSI reaches oversold (<30) for a technical buying opportunity.