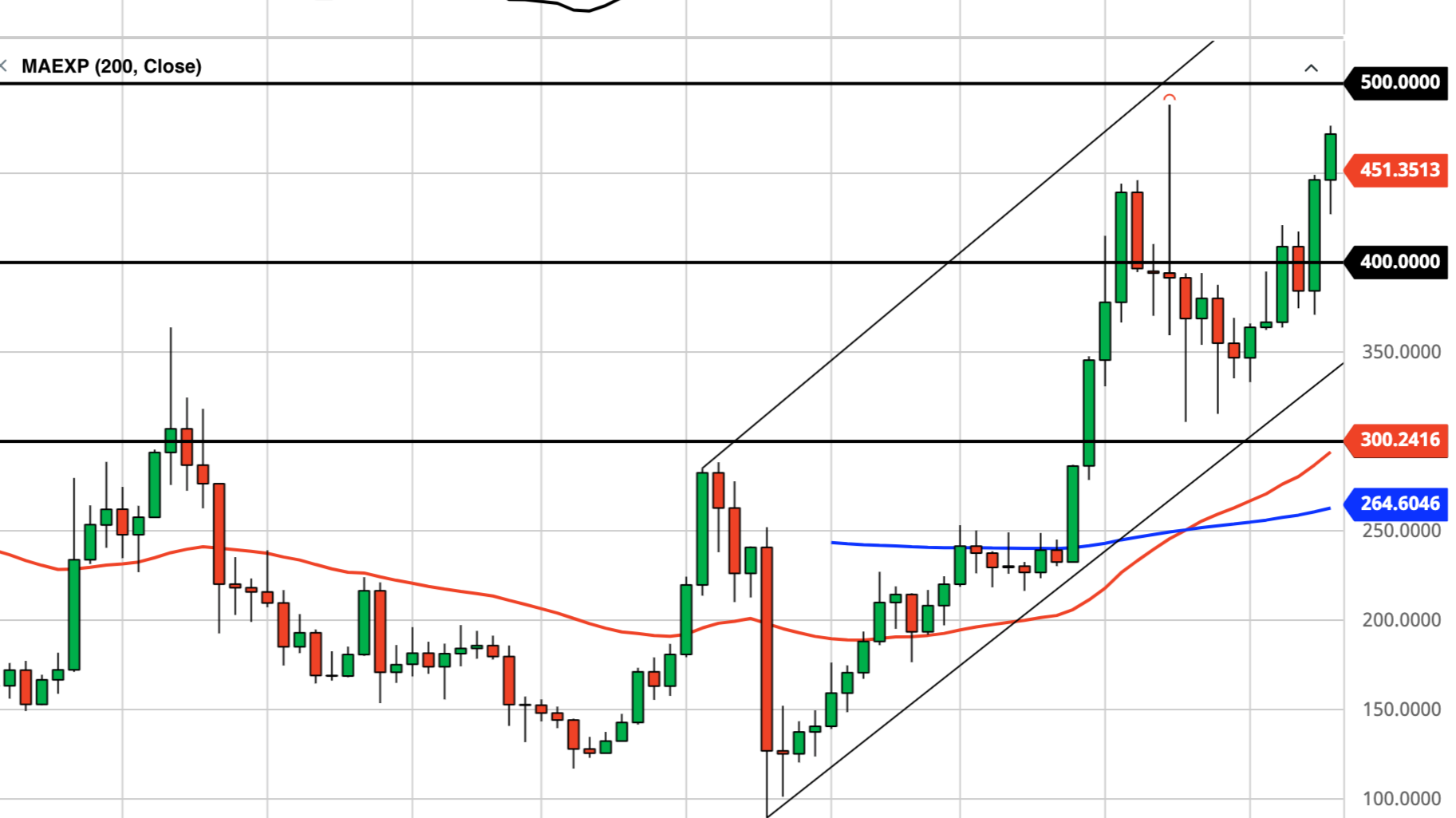 Ethereum broke out again during the week ending November 15th, initially pulling back a bit before finding support and reaching higher, closing the week near the highs around $475. Ethereum is in an ascending channel and by all measures appears to be in a bullish breakout formation on the weekly chart, which points to a lagged rally that may mimic Bitcoin's recent price surge. 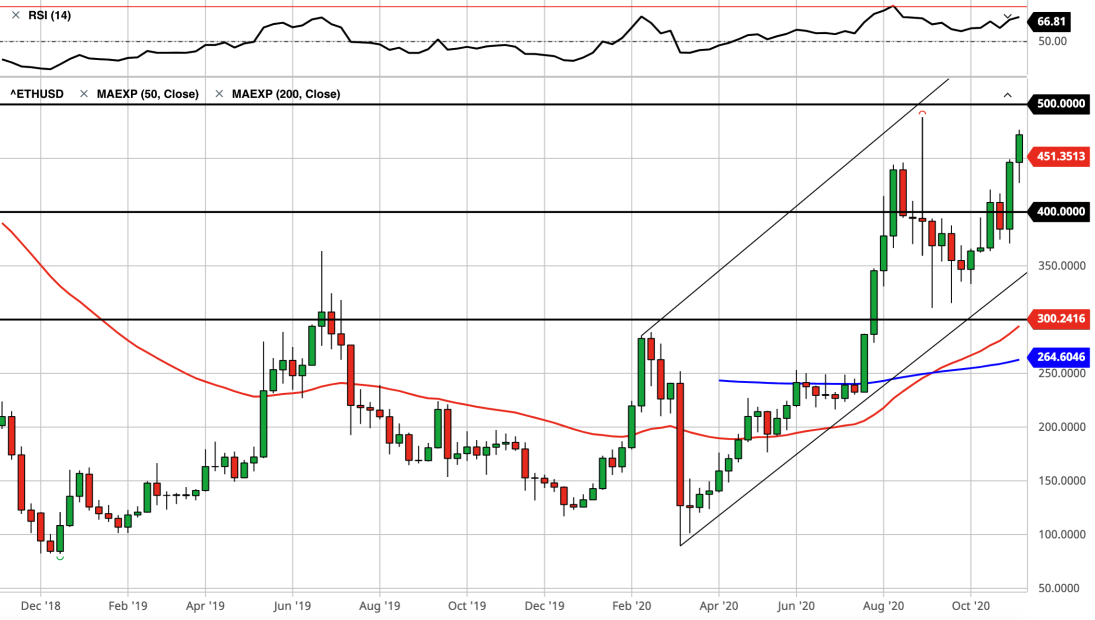 Outlook: ETH continued higher last week, fending off selling and moving higher, reaching towards but not quite up to the $500 level. ETH closed the week near the highs which is a bullish sign, and may provide some bullish momentum into the start of the week. ETH appears to possibly be ready to close the ETH/BTC ratio gap a bit, with ETH looking much more bullish in the short-term vs Bitcoin, which has gone nearly straight up over the past couple months vs ETH, which has patiently waited behind. I think ETH's time is nearing for a lagged rally as Bitcoin trades sideways and consolidates for a while. If ETH breaks higher, look for a test of $500 and then $600. If ETH pulls back, look for a test of support around $400. I think the downside is very modest here and the path of least resistance is up. I'm a buyer of ETH at these levels and on dips, as ETH is undervalued vs Bitcoin and is due for a slingshot rally higher to reach a more sustainable ETH/BTC ratio.

In the legacy markets, a seasonal liquidity drought and serious concerns of a contested US election, COVID Wave 2 re-shutting down economies, and complete lack of a second US Stimulus Package remain contentious and uncertain catalysts in a market propped up by Federal Reserve helicopter money. While many will cry 'corruption' and 'inflation,' these thing, while true, can be leveraged by a saavy investor. How? Limited or fixed quantity assets like ETH, which should only continue to be lifted by QE money-printing, not to mention the monumental rollout of ETH 2.0 over the next few years. I am not a seller of ETH at all and a buyer on dips and at these levels.

Support: Look for support at the $400 level which is a major historical price level and an inflection point, with lower prices indicating a downtrend and higher prices an uptrend. Below that, look for support around the $350 level and then $300, which is both supported by the 50 Week EMA sitting a few dollars underneath and a large, round psychological number.

Resistance: With $450 seemingly overtaken, ETH can set its sights on $500, which is really the final inflection price level for an Ethereum bull market. An impulsive candle higher from here above $450 would seal the deal, and ETH appears to be catching a bid as hype continues to build surrounding the now officially launch'ing' ETH 2.0 in phases. Above $500, look for resistance every $100 until $1,000, which I expect we'll see sometime in the next few months, possibly as early as Jan-Feb 2021.