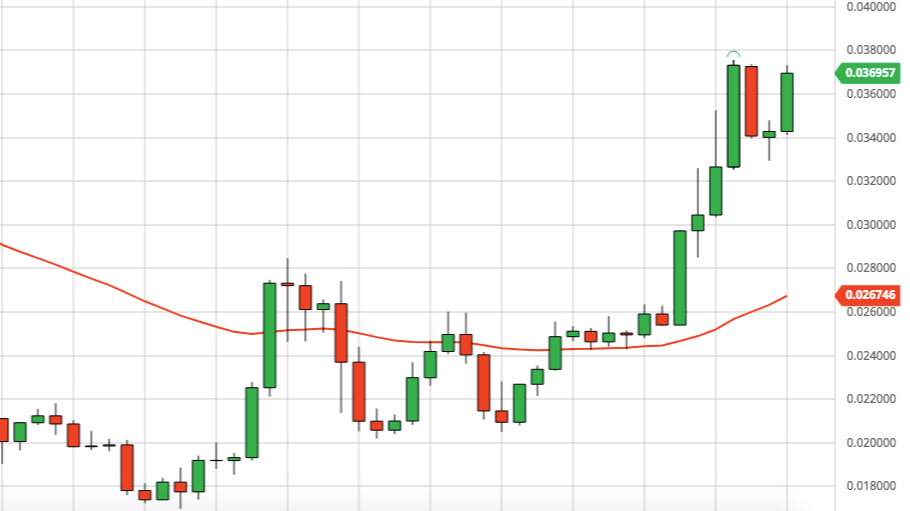 Taking a look at the ETH/BTC ratio 3 Year chart below, you can see the ETH/BTC ratio peaked in Jan. 2018 around peak altseason, altcoins' manic parabolic rise shortly following leading large cap Bitcoin's peak at $20,000. It's a common pattern demonstrated over multiple market cycles since 2009 that altcoins indeed lag behind Bitcoin's price movements. That being said, Bitcoin has recently recaptured the $11,000 level, maintaining a price level of nearly 60% of its previous all-time high from December 2017. What does this imply?

Quite simply, all else being relatively equal, this implies altcoins, of which ETH is considered the leader (some dispute it's too big to be an altcoin now, since it is the #2 largest cap of all cryptos, but that's besides the point), should see some corresponding delayed price increase. This is not to say any Bitcoin price increase should be exactly and proportionately expected in alts, even ETH. However, historically, especially during bull markets, the ETH/BTC ratio has typically spent more time between the 0.04 and .08 ETH/BTC levels. What would this mean for ETH prices? Given current BTC prices around $11,500, this would equate to $460 to $920 per ETH.

It's also worth noting that the ETH/BTC ratio recently crossed up over the 50 Week EMA, indicating a positive divergence and directional trend change after an almost 2 year period of lower lows and firm resistance at the 50 Week EMA.

Now, it's important to remember that the ETH/BTC ratio is a lagging indicator and doesn't necessarily keep pace with Bitcoin's progressions, nor does it mean the ratio HAS to change, it just means that, given previous data and price history, ETH historically has not maintained such a low ETH/BTC, especially during bull markets. This begs the question: Have we officially seen the beginning of a new bull market in 2020? Perhaps, but we'll have to wait a little longer for technical confirmation.