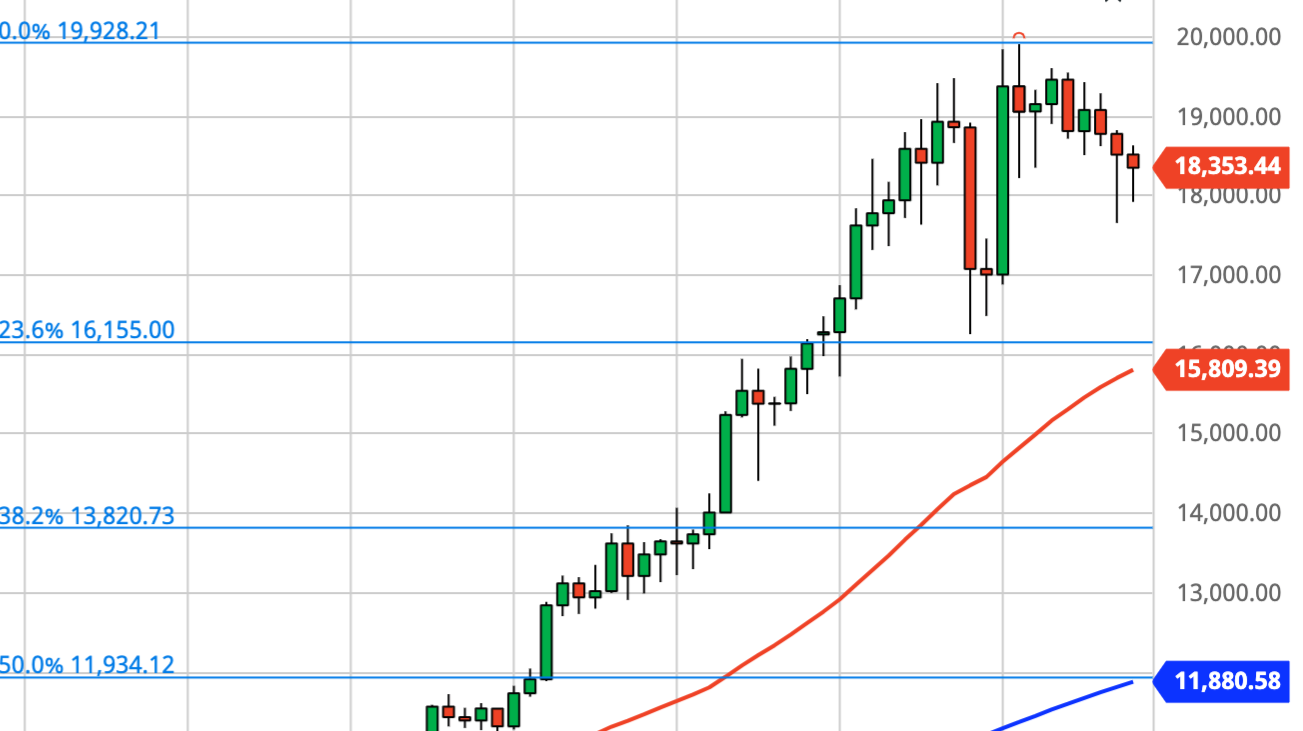 Bitcoin fell again for the third consecutive day, initially falling below the $18,000 level before recovering just above to end the day down another couple hundred of dollars. This week has been nothing but bearish price action as Bitcoin initiates a larger pullback of the face-melting Oct-Nov rally. This negative price action begs the question: How low will Bitcoin fall? 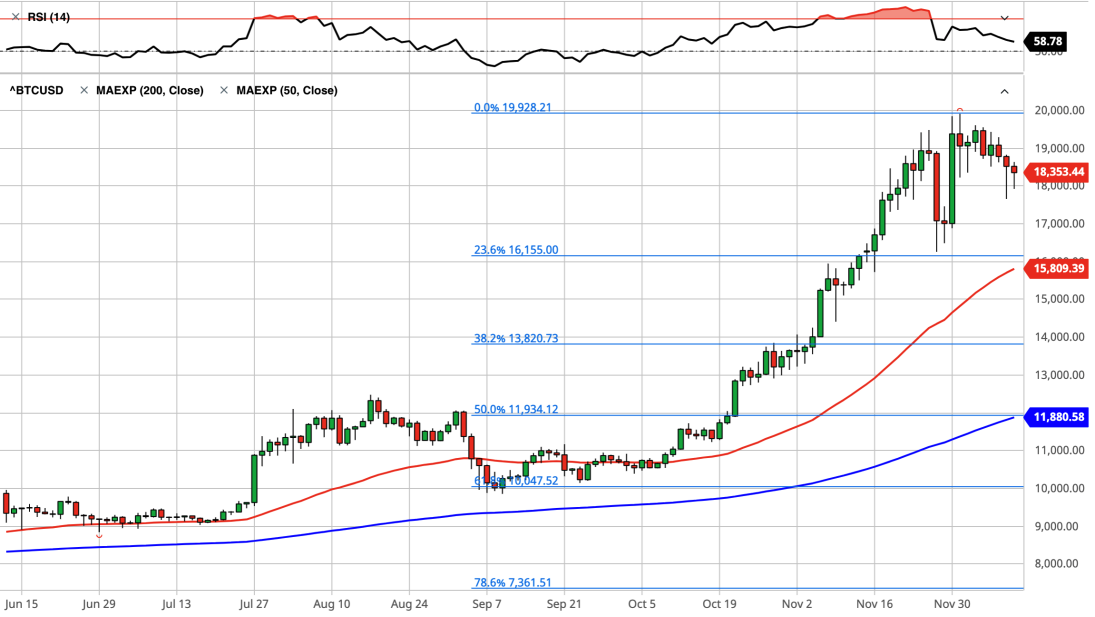 As Bitcoin further tests the $18,000 level as support, which it has already breached on multiple questions, it seems as if it's all but certain that Bitcoin will fall under the level once again. Assuming it does, will Bitcoin ultimately find support at the $16,000 level again, bouncing up from there to resume the uptrend, or fall further?

In all likelihood, I think BTC will at least test the low-$16,000s again where it'll find the 50 Day EMA, a common support/resistance point depending on the general market direction. However, if BTC breaks below $16K, I think a drop to the $14K level is next, which is a historical resistance level (2019 highs) and the last real resistance level between $12K and $20K. That would make for a pretty clean 30% retracement; in fact, the 38.2% Fibonacci retracement level is just below that, at $13,820.

Now, if BTC breaks below that, I think $12K should be fortuitous support, as it was a highly contentious resistance level for BTC in July-August this year, and is not far above the all-important $10,000 inflection point. This also aligns closely with the 50% fib retracement, which gives it further confluence of support.

Going forward, I think this is just a dip to buy. In the grand scheme of things, Bitcoin is going higher in 2021+. It only took a few years for the space to rapidly mature and institutions to start pounding on the door to get in, and now that they are, a $20K ATH doesn't seem too mountainous anymore. In fact, given the added price appreciation from trillions of dollars of federal QE, I think $100K is a little conservative over the next few years now. Only time will tell, but if Bitcoin mirrors any sort of rally it did this year with only morsels of Wall Street money and the first round of QE, imagine what it will do over the next few years with exponentially more institutional money and continued record-breaking QE.

Support: I'm looking for continuation on this short-term pullback, most likely retesting the $16,000 level as support. Below that, $15K and $13k - 14K should provide strong support levels for a powerful bounce higher to resume the uptrend. Bitcoin's in a defined uptrend; I'm not challenging that, nor selling Bitcoin; I'm looking to add value on pullbacks.