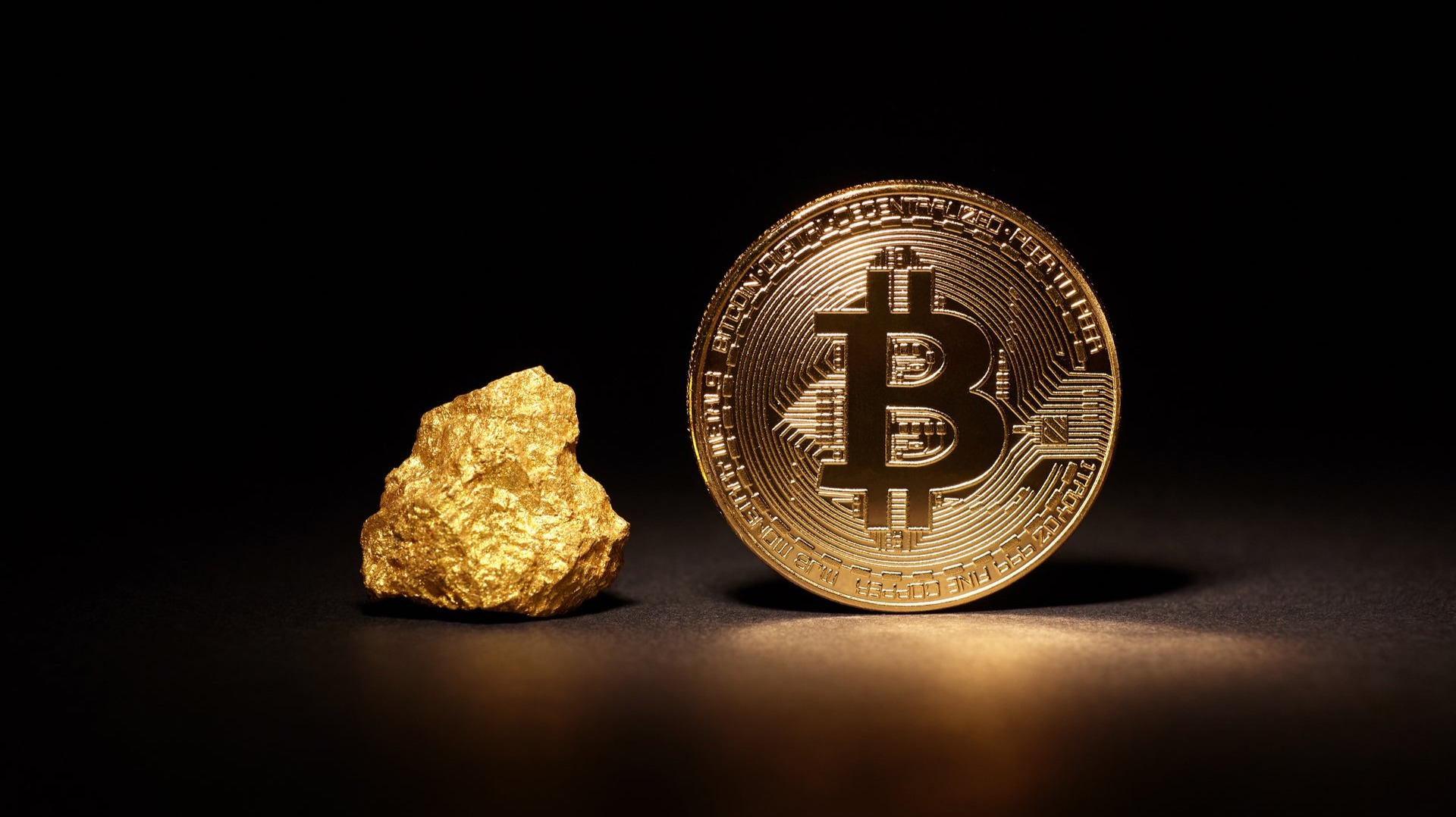 Bitcoin Daily Analysis: Why Bitcoin's Stock to Flow Ratio is Fundamentally Higher than Gold (And Will Only Go Higher)

A Stock to Flow Model quantifies a measurement of the proportion between all of a resource or asset's currently available supply and its current production rate. In commodities markets, analysts calculate the commodity's average yearly inventory versus its annual supply. Because using or destroying a consumable good provides it economic utility, investment assets such as Gold and Bitcoin therefore lie in its possession and later resale. If a commodity's average inventories can usually satisfy typical consumption and even higher than usual consumption for a few months, this means the commodity has a relatively low stock to flow ratio. Commodities or assets with high stock to flow ratios, such as Gold or Bitcoin, have higher stock to flow ratios due to their lower production rate relative to current available supply. 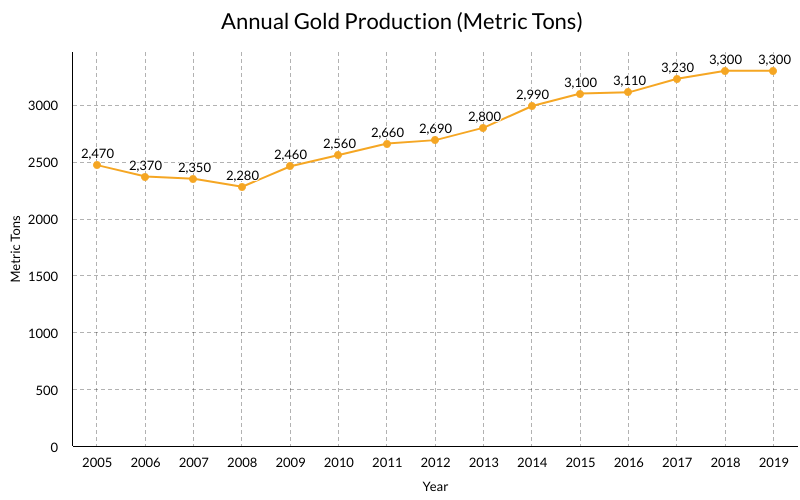 The argument for Bitcoin's higher stock to flow ratio than gold is this: Gold's global production rate/inflation rate typically ranges from 1-3% per year (between 2-3% in recent years), and demand mostly coming from industrial use, store of value/monetary hedge, and luxury collection. 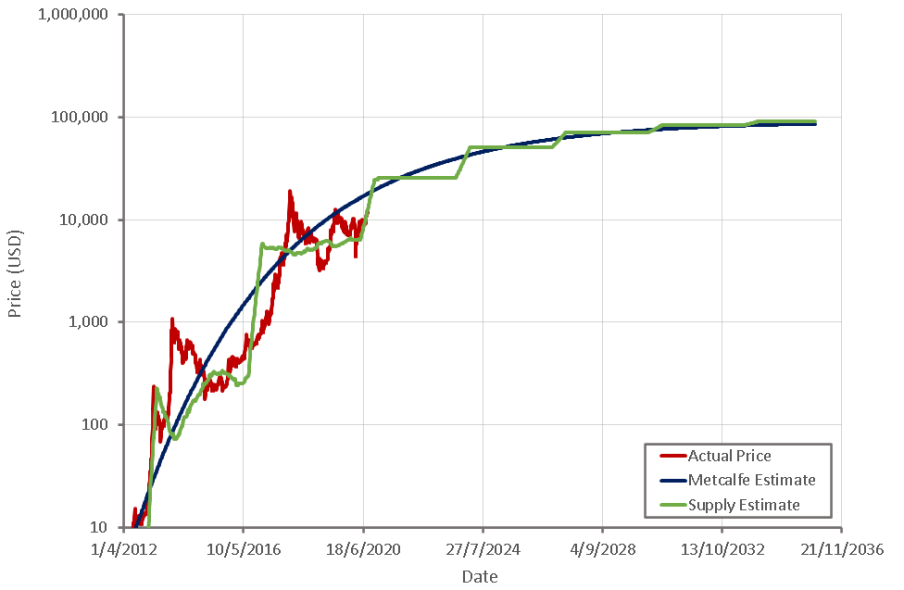 Bitcoin's production rate recently decreased from 3.56% to 1.79% indefinitely in May 2020 as a result of the most recent Bitcoin halving event, lowering from 25 blocks to 12.5 blocks. This is a recurring event in the Bitcoin protocol where for every 210,000 blocks created, the mining block reward (new Bitcoin released into circulating supply) is halved - reduced by 50%. This process was outlined in the 2008 Bitcoin white paper and was written into the Bitcoin protocol from day 1. A halving event occurs programmatically every 210,000 blocks created, or roughly every 4 years, and will sans any authority, government regulation, or network upgrades. Therefore, the next halving event should occur on May 18, 2024, when Bitcoin's block reward will halve again from 12.5 to 6.25, roughly a 0.84% production rate. 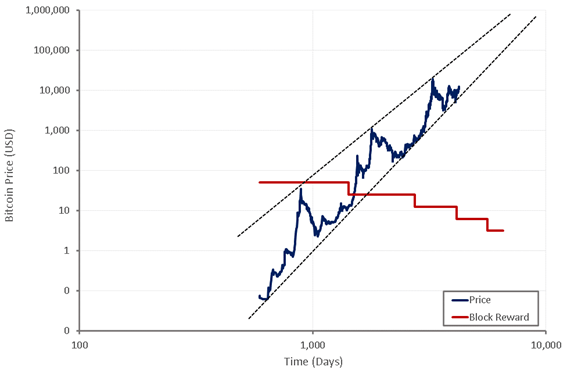 But will more Bitcoin ever be created? No. The network has only ever declared and programmed a maximum supply of 21 million Bitcoin, of which ~88% have been mined and are available in the 'available' market supply (it's been estimated 10-30% have been lost indefinitely on lost or stolen private keys and corrupted hard drives). 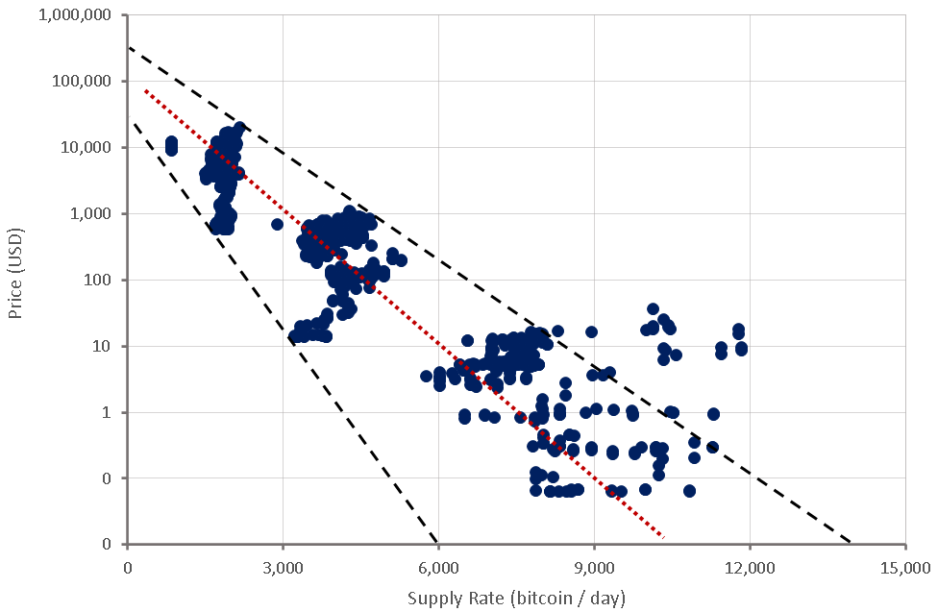 With Bitcoin demand steadily increasing year over year and supply predictably decreasing every 4 years until the finite supply is mined, BTC's S2F Ratio should continue to outshine the yellow precious metal indefinitely. Since only 1.3% of all 7.6 billion Earth citizens own any Bitcoin, and younger, more technology-fluent generations continue to join the world's economy, there is exponential upside for Bitcoin global adoption, market capture, and price appreciation as a monetary hedge and borderless, trustless, immutable peer-to-peer payments solution. Therefore, it's fair to assume that Bitcoin’s S2F Ratio should continue to increase over time as its programmatic issuance halves in perpetuity every 4 years until all 21 million Bitcoin are mined. How high could Bitcoin's price go? It's impossible to say for certain, but mathematically, the probability of increasing another order of magnitude is convincing enough for me.