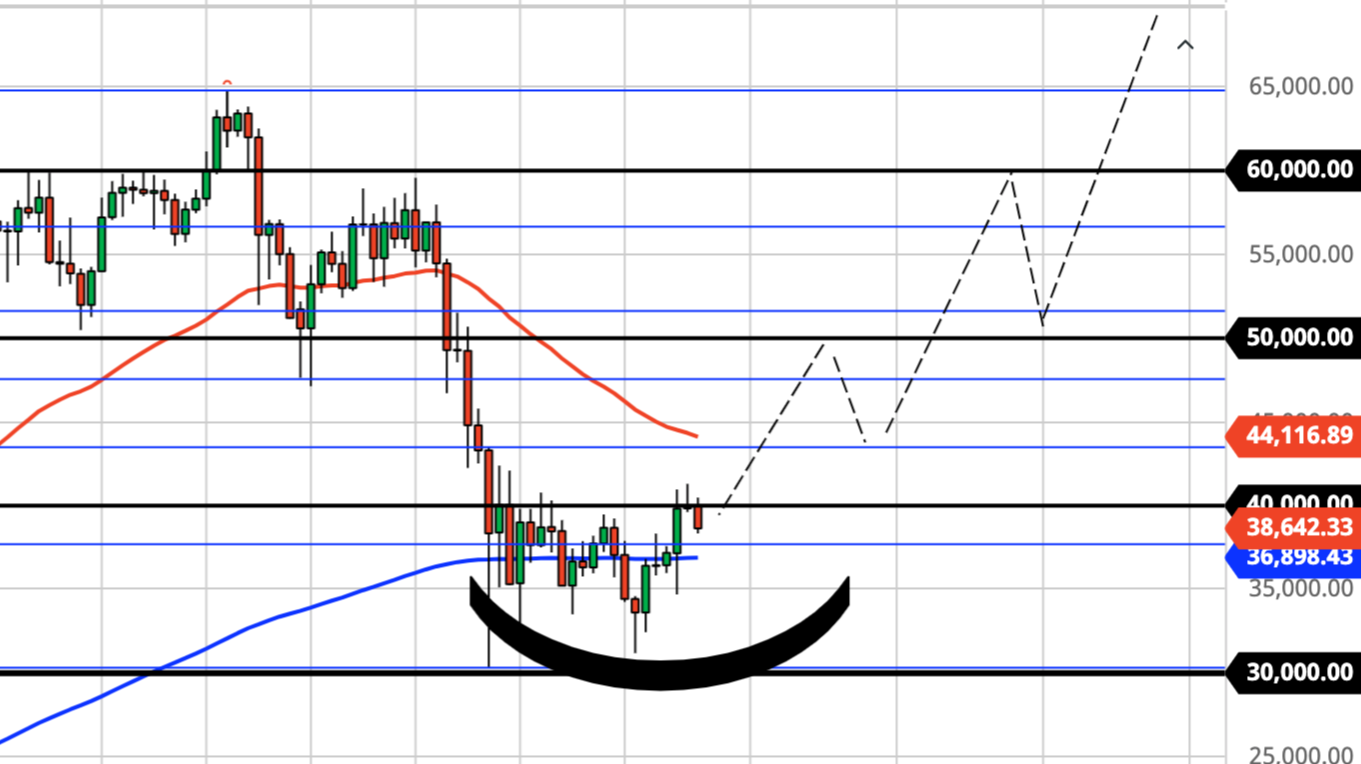 Bitcoin About to Break Out of Bottoming "Buy Zone"? (June 17 Forecast)

Bitcoin fell a bit on Wednesday, dropping about $1,000 in response to the dovish FOMC minutes alongside TradFi markets which also dropped ~1%. This is minor inconsequential noise for Bitcoin as we flirt with a short-term higher to further complete a rounded bottoming pattern. 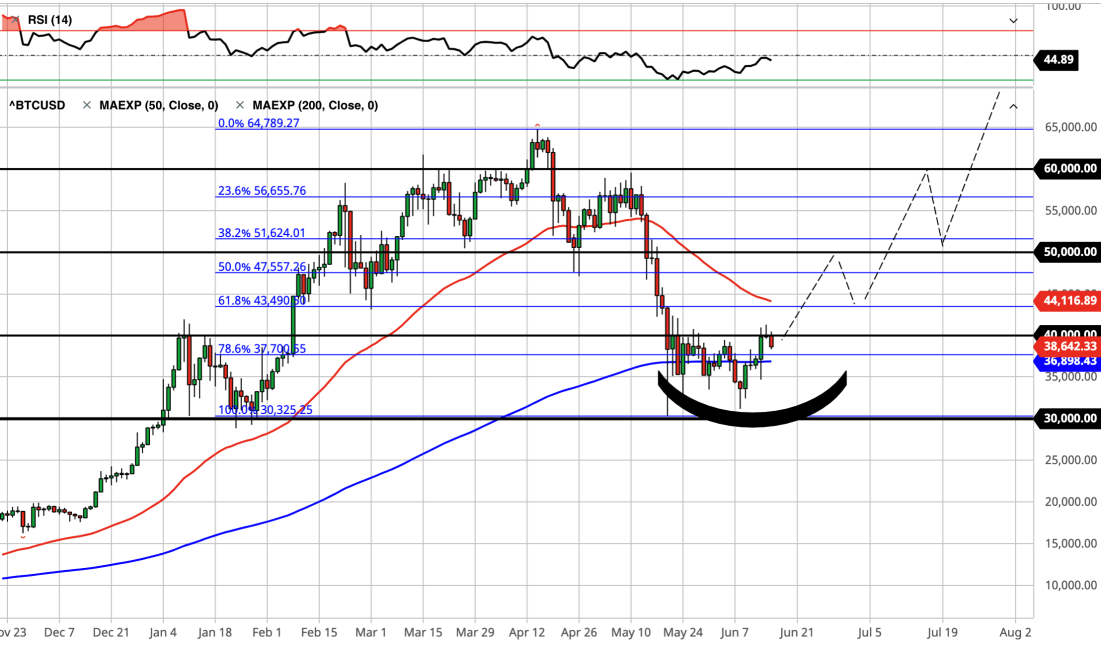 Fundmentally, nothing has changed so we have remained bullish and have been aggressively buying on dips. Bitcoin looks to be picking up steam again, briefly reaching above $40K before getting rejected. Based on the chart above, you can see a pretty clean rounded bottoming pattern forming which points to a right-sided "U" breakout in the near-term. With the 200 Day EMA as support, a break above $40K would send BTC to the 50 Day EMA around $44K, where there's not much sell volume, and then $50K. The overall uptrend is intact. In fact, nearly all uptrends remain intact. This was not the first significant Bitcoin selloff, nor will it be the last. Remember, less than 1 month ago BTC was at $65K. How quickly things move and change in the short-term, but when you zoom out, the trend remains clear. Buy. HODL. Earn interest/stake. See you in the six-figures. 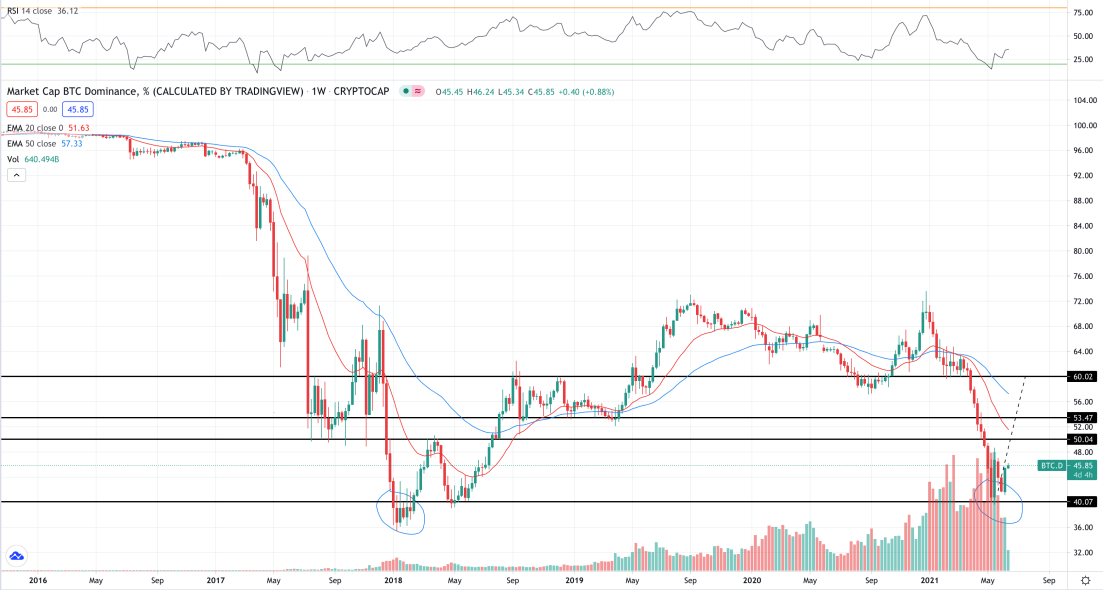 BTC.D looks like it's putting in a bottoming pattern. Buyers have returned to stabilize BTC's rapidly selloff, snapping the short-term downtrend. Most alts are still down 50% if not more as capital continues to gravitate back into king BTC. What we're looking for next is a move to 50% dominance and then 55% which could cause a bullish divergence above the 50 Day EMA and then find resistance from the 200 Day EMA. Once we form a new uptrend on the daily chart, we could see a 60% lift (or higher) later this summer.