Why 2021 is the best time to invest in Polkadot? 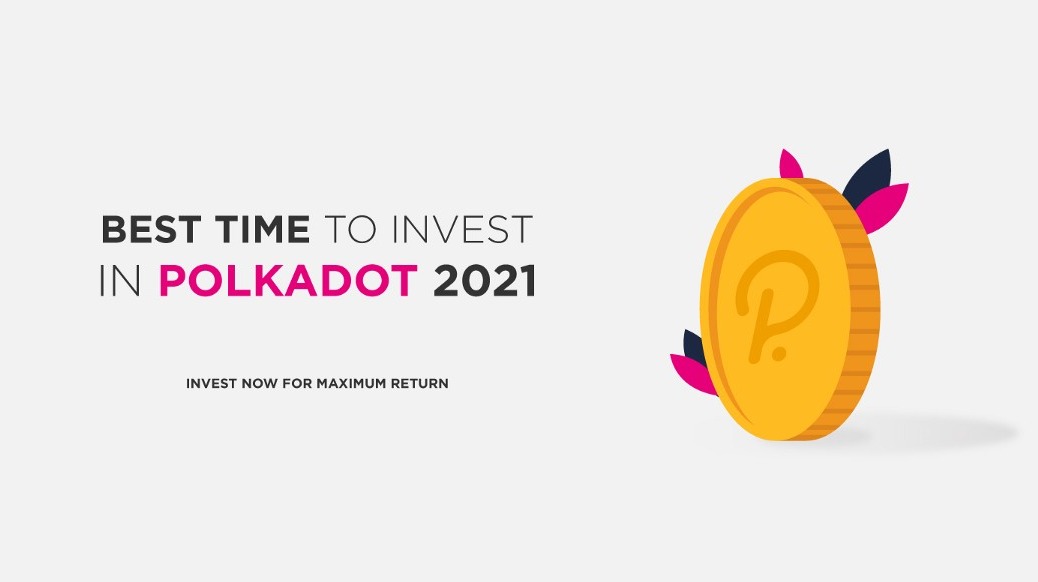 Why 2021 is the best time to invest in Polkadot?

Polkadot was the most successful cryptocurrency of 2020. It is looking upon as a promising blockchain that can replace Ethereum’s dominance in 2021. It caught the attention of many other dominating virtual asset investors at the beginning of the boom of decentralized finance.

What is Polkadot(DOT)? Brief Summary

Polkadot is a blockchain protocol of the next generation that links several specialized blockchains into one unified network. Built as part of a broad vision for a web that gives individuals power over internet monopolies, Polkadot builds on previous blockchain networks’ groundbreaking promise while offering many fundamental advantages.

The Polkadot token is an open-source project powered by the Web3 Foundation. It allows data transfer across blockchains and supports multiple chains within a single network. Its main feature is scalability and it can achieve it as it is easy to upgrade.

It aims to remove the slow communication process between public and private blockchains. Polkadot was considered as the most profitable and most trustworthy cryptocurrency in 2020, achieving a $5 billion market capitalization that too very instantly in a few weeks after getting listed on exchanges including BuyUcoin.

Best time to invest in Polkadot(DOT)

This technology will be implemented in the main net in 2021. External audits for the “Parachains v1” code and main features for different bridges are already underway and for all of us, the first few months of 2021 are very exciting.

A new all-time high, especially the year’s transition in 2021, is characterized. Except for one scenario, we looked to paint an optimistic image. The DOT token could therefore also be a successful long-term investment.

Polkadot is a better investment than some newly introduced coins that also create waves in the crypto industry. The ability of para chains to issue their token — something like what you find in Ethereum’s protocols — is one reason Polkadot rapidly grew into the ranks of top projects.

If you wish to shop for and invest in Polkadot quickly and simply together with your MasterCard explore BuyUcoin Exchange!

Polkadot, a decentralized project by Web3 Foundation, has gained the attention of the cryptocurrency market in 2021 due to the significant rise in the value of its token DOT. The price of DOT has gained more than 100% in the last 7 days.

Polkadot is one of the most active crypto space ventures. It has become and will continue as one of the top five blockchain ventures, and the growth that has taken place over the last few months will soon also begin to take account of the Polkadot price.

But the coin saw a $4 correction after the initial boom from $3 to $7. It’s traded sideways with only small swings since then for months. The coin began on Christmas Day with an increase of up to 10 dollars on 10 January.

More than 10 billion DOT, one of the highest values staked, was staked. Various sites have various DOT staking APYs, which are available for up to 20.27% in Math. Polkadot was not only one of the retail investor’s favorite projects but several VCs also.

Many of Polkadot’s biggest investors invested. We might see a very high return on investment with such a solid base if we were to pick Polkadot as our investment. Polkadot has the full capacity in the future to reach $100 per DOT.

How to invest in Polkadot(DOT)?

On several well-recognized exchanges on the market, you can find DOT. Most exchanges do not provide DOT trading pairs with direct fiat. The fiat currency must first be loaded and then converted to ETH or BTC. When you have BTC or ETH, these cryptocurrencies can be exchanged for DOT directly.

BuyUcoin is available for Polkadot (DOT) direct buy using fiat currencies. There are a variety of ways to securely store your DOT. The platform provides users free of charge a Polkadot JS Wallet. The wallet is divided into two sections. The Controller will issue commands on the network while storing large quantities of DOT uses the Stash feature.

For this cryptocurrency, there are also some pretty interesting mobile wallets. The Polkawallet app is one of the most popular choices. This Android App enables users to store DOT quickly and easily. Mobile devices are much more convenient but hack-prone since they stay online.

Why invest in Polkadot(DOT)?

There are specific problems of blockchains that Polkadot solves, like many blockchains, are slow and get clogged up. But Polkadot is a heterogeneous sharded blockchain which makes it a fast scalable blockchain. Another issue is upgrading blockchains. Deciding how to proceed when something goes wrong on-chain, is also hard.

Polkadot holds a powerful set of functions that can be utilized for Defi programs. We will see some very fascinating use cases by enabling individual blockchains to be established.

Instead of creating their own native para chain, some teams select a Defi-chain architecture for the Polkadot ecosystem. Liquid staking is a single sub-category of Defi. It enables someone with a staking sign to gain instant liquidity via a tradable synthetic token without a lock-in time.

This gives token holders a strong advantage, although it poses the possibility of centralization. Polkadot Defi projects not only copy existing concepts but develop brand new concepts. The accumulated stability expenses are kept in a system treasury until a CDP is locked.

Interoperation with Bitcoin is a fascinating problem for Polkadot: a so-called “twin-track” infrastructure will be useful for both networks on the side. However, because of the constraints of Bitcoin, it is a non-trivial enterprise to provide such a connection securely.

The transaction from Bitcoin to Polkadot can be delivered in theory with a method similar to Ethereum’s; a break-out address regulated in some way by the validators of Polkadot could be given transferred tokens (and data sent alongside them).

SPV evidence could be produced by encouraging oracles and a bounty offered for finding non-canonical blocks suggesting the transaction was “double spent” along with a confirmation period. In theory, any tokens that are then held by the “break-out address” will be verified for later dispersion by the same validators.

However, the issue is how a revolving validator set will securely monitor the deposits. Unlike Ethereum, which can make arbitrary decisions based on signature combinations, the number of Bitcoin customers accepting multi-first transactions of a maximum of 3 parties is considerably lower.

Worth to Buy Polkadot in India

Polkadot aims to deal with interoperability, one of the most pressing problems in the blockchain market. The sector is actually in an acute state of partitioning. Blockchains operate as isolated data islands with few opportunities to use the knowledge that other networks have.

You’d like to connect single blockchains for endless reasons. First of all, the ability to transfer data of any kind through any blockchain makes the industry groundbreaking. You can transfer the data to a public, free, unauthorized blockchain and take advantage of the best features of each network.

Polkadot is thus launching a new age of scalability, interoperability, and security. Building technology like smart contract systems is supported by a scalable and adaptive architecture. Developers may then start developing next-gen applications that receive approved data from a private blockchain and use it on a public blockchain.

You actively help the network when you put your tokens as a nominator, making it safer: the more society uses its energy to support validators, the lower the likeliness for a single whale (which owns a great number of tokens) to vote on network management issues.

But be mindful that nominating is likely to be punished (“slashed”). If the validator you chose has a bad action or a deviation from its protocol, you can lose some of your DOT tokens. Slashing improves network protection as nominators are also encouraged to choose validators with a good record of performance economically.

The multi-sig wallet post-ICO bug marked the second time a flaw in the team’s wallets was hacked. In July 2017, the first hack was made, with ~$33 million draining until a group of hackers known as the White Hat group stopped the attack.

Conclusion: Are Polkadot a decent investment and the way a lot of things can DOT be worth in 2021?

Polkadot enables developers to use a joint security model to launch chains and applications without having to worry about attracting enough miners or validators to protect their own chain. Since 2017, it has raised almost $200 million to draw top talent and marketing from this project.

If you want to buy Ripple in India after knowing the real-time Polkadot price in INR, history of Ripple with charts then, and also Check Latest Polkadot Cost in India in INR BuyUCoin is one the best and the most reliable cryptocurrency platform, where you can invest not only in Ripple but more than 60+ cryptocurrencies at the best rate. To get a good return on your investment, check the website on how to invest in ripple and sign up with BuyUcoin and start trading.

Get the right information about the latest crypto news, buyucoin news, offers, bitcoin news, ethereum news, this blog follows ccn news, Coindesk, Cointelegraph, and bitcoin magazine, a news channel. this blog also provides write information on where should you invest your funds. 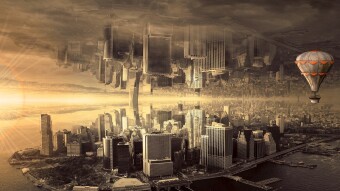 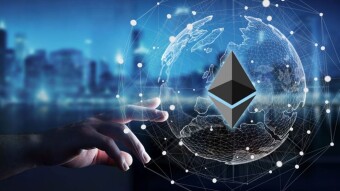