Litecoin has recently launched its upgraded MWEB soft fork, it has become more private due to which there has been a stir in the crypto market.

What is MWEB?
Upgrades to Mimblewimble Extension Blocks (MWEB) can mask transaction information, making cryptocurrencies private and secure. MWEB was first offered in November 2019 as part of a proposal to improve Litecoin, however the upgrade was finished on May 23, 2022.

Reaction
Most cryptocurrency investors have praised the update, but some have expressed reservations. Some have argued that such private modifications are unneeded in order to focus on on-chain security after the LUNA debacle in the market.

Trading
The majority of exchange platforms seem unconcerned, but Bithumb and Upbit, two major South Korean exchanges, have cautioned Litecoin investors that the North Korea Act's privacy-focused KYC and AML processes have to be implemented, they may de-list the Litecoin if required.

Possible Conclusion
This is a new change for Litecoin, where the market takes this new upgrade will be determined by the market itself. But this is unlikely to hurt Litecoin as per the market style, Litecoin's closest rivals Monero and Dash also feature secrecy, and both have the market above Litecoin. 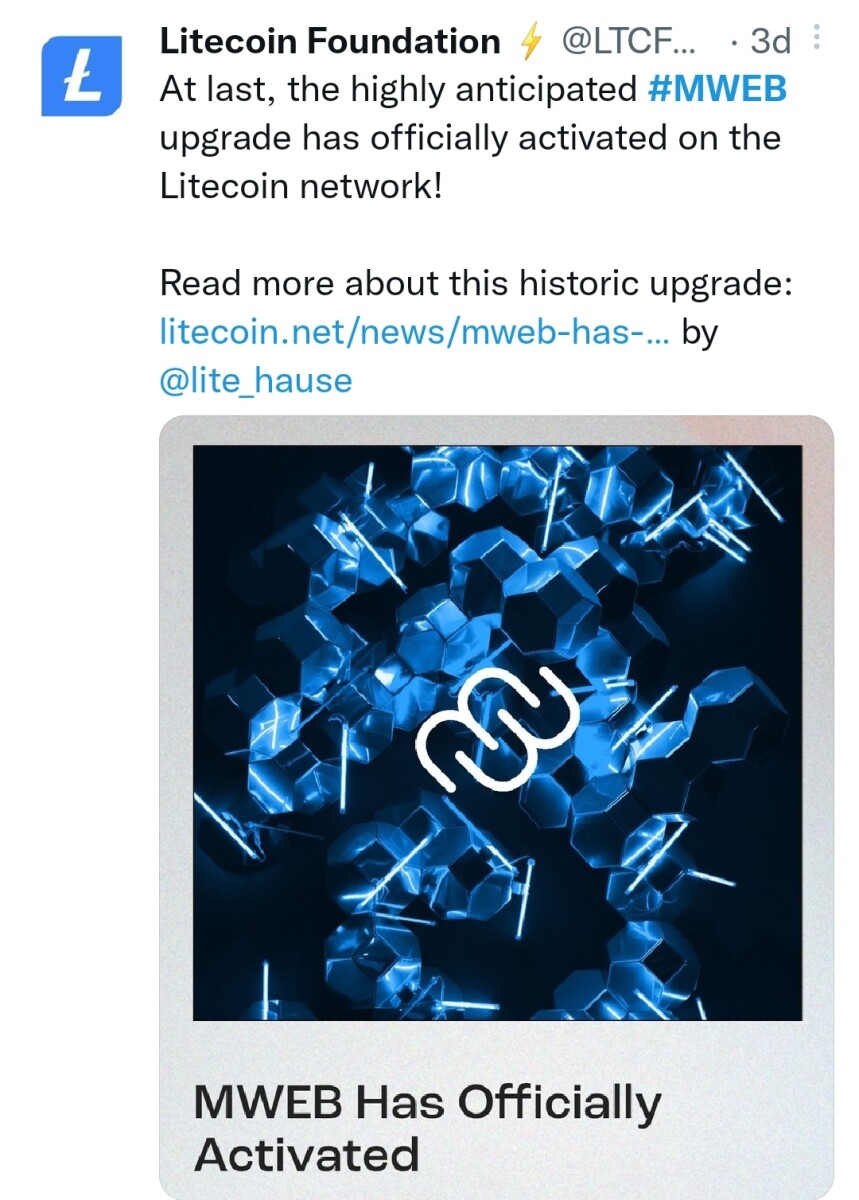