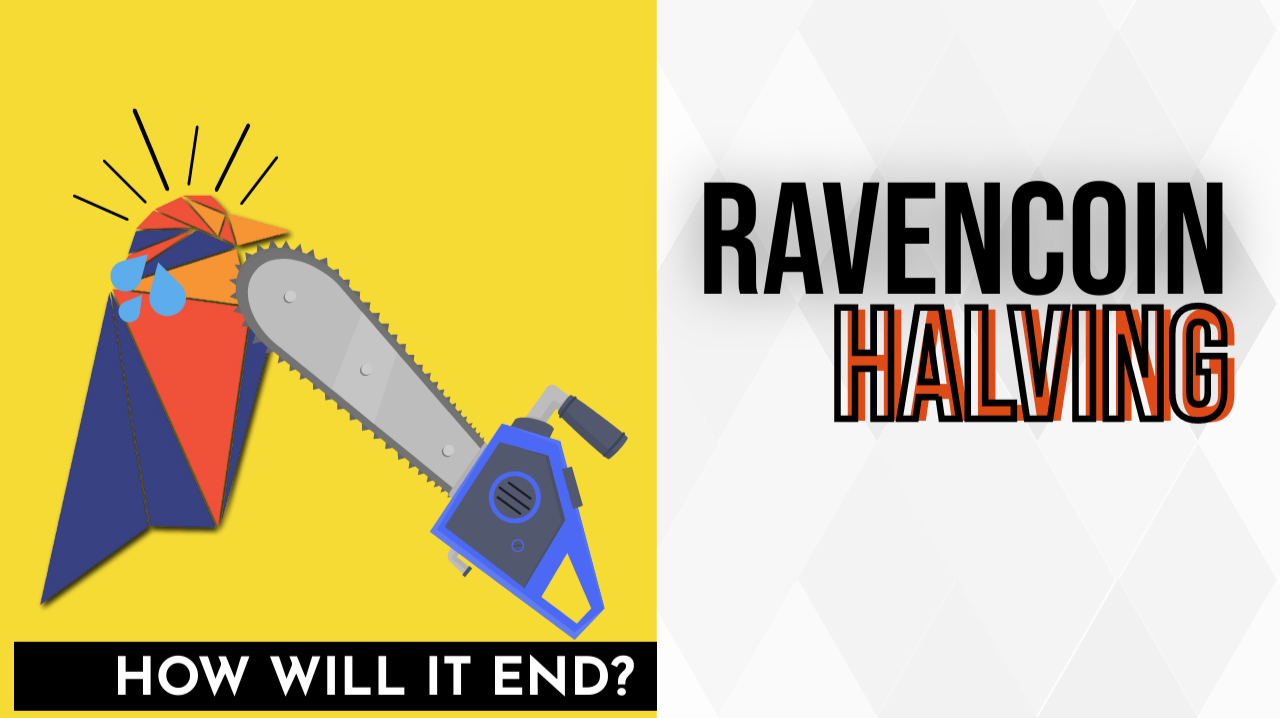 This is not coming as a suprise to anyone and has been long awaited, but it was originally thought to occur around the same time as ETH would go to proof of stake. Why is this important? We will look into this and much more in this video. But first, a quick rundown on what Ravencoin actually is.

Most people who know about Ravencoin are crypto miners. Ravencoin is derived from the bitcoin protocol but with a total supply of 21 billion as opposed to Bitcoins 21 million. The unique appeal of Ravencoin is how it enables users to mint their own tokens and NTFs very easily. It also has a ASIC resistant mining protocol since a hard fork that made them change their algorithm. The downside to this is that the mining itself consumes more electricity than for example your average Ethereum mining.

Lead developer Tron Black has claimed that this is primarily intended to make the mining more accessible to the average user as you can mine a decent amount of Ravencoin even with a really old and low memory GPU.

While the project even surpassed Ethereum in profitabillity at times, it was long speculated that Ravencoin would be the mining coin to take over the vast amounts of miners once Ethereum goes proof of stake. Ethereums recent price jumps and postponed ETH 2.0 implementation seems to have made the project somewhat loose steam.

The big question is, does Ravencoin stands out enough to keep up with its compeditors. The abillity to create tokens very easily by burning a set number of RVN is impressive and it also allows you to create a unique asset, set the supply limit, decide on whenever the asset should be reissuable or not and give the asset a unique name unlike on many other blockchains.

However, why are there no useful tokens created on the blockchain so far?

For a blockchain thats made it riddiculously easy to create your own asset tokens you would have thought there would be hundreds of interesting token projects on the blockchain.

Especially when you consider people setting up ravencoin nodes are not rewarded anything for supporting the network. So these people go out and purchase equipment for setting up nodes to support the ravencoin network and they recieve nothing in return, yet Ravencoin miners recieve plenty?

How is that reasonable?

Heres an idea: Just mint an asset token on the RVN network and find a mechanism to share it to node holders supporting the network. That way you could both prove the utillity of the RVN asset creation and support the node holders.

The idea of these assets is to use them as representing shares of a company, gift cards and similar. But when I looked to people close to me, I couldnt really find a reason why this would make sharing stock shares in their company through tokens would make their lives easier.

Quite the oppsite. If you are going to go the legal route, you would on many crypto hostile countries be in for a world of pain if you started handing out shares in crypto tokens, with no real benefits. If the opposite would be possible, to use tokens as a way for starting a decentralized company, there would be no way to enforce share dividends or similar simply by holding tokens as per agreement.

The halving of ravencoin will occur on January the 11th, meaning that the block reward will be reduced from 5000 RVN to 2500 RVN. Assuming the prices stay the same this will reduce the mining profits of Ravencoin by half. However, many assume that the halving of the block rewards will lead to a price jump, making holders and miners of RVN hopeful for the date.

And here is the thing: Despite Ravencoin showing little promise this autumn, it has recently seen a slow but steady price jump as we approach the halving. What we are seeing now is likely the FOMO building up ahead of time.

Will the halving mean a price hike - I do think so, I don't think its going to be something crazy like 1 dollar per RVN, perhaps in due time. But I do think the price will increase significantly. Its not impossible that there will be a short high spike where the price rushes and then long time holders dumping the price back down, but once it stabilizes again I do believe that the price is going to continue climbing until we see Ethereum 2.0