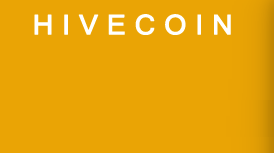 Hivecoin - Your chance to get in VERY early

Have you ever wondered what your life would be like if you got in really early mining Bitcoin, earning several thousands of BTC every day?

When you look at the most established coins like Ethereum and Bitcoin, you will notice that mining even one coin (or even a fraction of one) can literally take ages. Many within the mining community moved on to one of my personal favorites - Ravencoin, after the recent reduced profitabillity of Ethereum mining. No harm done, mining Ravencoin is fun and you can easily aquire some coin that way, but due to the new influx of miners, the difficulty has already gone up slightly, not to mention that there will be a having of the coin by the end of this year, literally cutting the coins mined in half.

While I will certainly hold on to my Ravencoin, I recently stumbled upon Hivecoin (HVN), a coin that uses the same source code: The KawPoW algorithm. For those of you who don't know, the algorithm is ASIC resistant and also enables an easy way to create unique assets. The project was started around March 2021 so you have plenty of time to start amassing huge amounts of Hivecoin at very low effort.

Since I know you are wondering:

- No, its not the digital network Hive (HIVE) or Hiveterminal (that uses the same abbreviation, HVN), its HIVECOIN (HVN) and nothing else.

Mining
Mining Hivecoin today is a blast. Its super fun to see how a single card in the NVIDIA 20-series will earn you at least a few hundred coins every hour.  Not to mention the reward that comes with it. Your OC on your GPU should be similar to those that you use for Ravencoin, in other words - very low memory clock, higher core clock and low electricity settings.

Fairly Mined
Also similarly to Ravencoin, Hivecoin is fairly mined meaning nobody premined a bunch of coins to launch a pump-and-dump scheme as we've seen so many times before. A major difference between the coins is however that while Ravencoin is purely Proof-of-Work, Hivecoin uses a combination of Proof-of-Work (PoW) and Proof-of-Service (PoSe).

You can read more regarding this in the Hivecoin whitepaper.

Master Nodes
What this means is that Hivecoin uses Master nodes, users who have 1,000,000 HVN that supervise the network and ensure the blockchain is not compromised. The profits from the mining is divided as 45% go to the miner themselves, 45% go to the master nodes ensuring the integrety of the network and 10% go towards the developing community.

Asset Tokens
Creating asset tokens can later be issued to represent whatever you would like them to be: Shares in a stock company, gift cards for a business, your own crypto token etc. While this possibillity certainly already exists in Ravencoin smoothly today (and in Ethereum as well, although not as smoothly implemented) it would take burning 5000 RVN to create such an asset. If you would merely want to try out this feature, a "test" would be quite expensive considering the Ravencoin price at the moment.

Thats just one of the reasons Hivecoin is such a wonderful opportunity, especially for Ravencoin and Ethereum enthusiasts. You can try out and see if this feature is useful to you and not having to spend basically anything at all since the creators will give quite generous airdrops if you join their discord.

But even if you can't mine anything and just think this even sounds remotely interesting you should consider joining the discord as said earlier. The community is friendly and there are very generous airdrops being done at the moment.

Get in early while you still can!