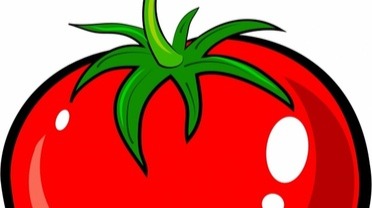 They Are Going To Fix Everything For Us

I was going to simply title this post “Eliminate Barriers To Innovation Act of 2021,” but, I got bored just typing that out, so I went a different direction.  I wanted to talk a little about this legislation and what it is. If you really want to be bored, I will leave the link to the actual bill at the bottom for you to read.

On a personal note, George Orwell left me unable to take seriously anything with a title like this.  If there was a need to eliminate barriers, wouldn’t the US government creating legislation probably do the opposite. I leave it up to you if this is a good or bad move for congress, but, I would like to call it the “We Are Going To Stick Our Noses In This, And It Probably Turns Out Bad For Everyone That Doesn’t Donate To Our Campaigns Act of 2021.”

OK, now for less commentary and more actual info. FYI, this is not the first attempt of Congress to enter this field, they also tried with the dead on arrival “Crypto-Currency Act of 2020.”

What does this act actually do? Nothing.

OK, let me clarify that. It simply says we need to put together a group to look into all this stuff we don’t understand.  It will bring together the Securities and Exchange Commission and the Commodity Futures Trading Commission and a bunch of other groups to discuss the issues. The “other groups” include: watchdog groups, firms in the virtual assets niche, financial companies under the umbrella of the agencies, and academics.

How long will this take to affect the crypto world?  Well, the commission would have 12 months to report back to congress, and then congress would decide to move forward with additional legislation.  So, right now, this actually has no real world impact and won’t have any for quite some time. Make your own conclusions about how much things will change while this commission is meeting about crypto regulations.

Why is this a thing?  Well, since I am focused on the impact of institutional investors in crypto, you can guess my train of thought.  It appears congress is looking to move on this as big investment firms want fraud and price manipulation curbed, to protect themselves and their investors. So, your big money wants in on the upside of crypto, without the risk.

Is this a good thing? An organization called the Chamber of Digital Commerce is supporting it, and they have over 3000 Twitter followers, so it must be great.  I had never heard of them, until writing this, but, they sent a strongly worded letter to Uncle Joe about in favor of congressional action, so there’s that. Actually, I read through some of their tweets and they make some decent points. If you have read this far, check them out.  Without going farther down the rabbit hole about the current Ripple Case and whether crypto is a security or not, if Congress is going to get involved and the IRS is going to be more involved, then the rules should be defined (this is not a vote for their involvement, just if they are.)

In short, big money wants government oversite and they will probably get it…at some point. Just what they come up with to regulate something that by definition defies outside regulation, should be interesting. Rest easy for now, though, there just isn’t really much in this bill other than the creation of a commission.