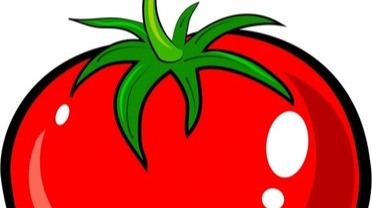 The IRS is coming for Kraken

By SeventyFourSeventyFive | Crypto, Taxes and Regulations | 7 May 2021

More important news on the tax front as the IRS wins approval to go after Kraken’s customers.  The IRS has been given the go ahead to serve Kraken with a John Doe summons. This means they can require Kraken to give the IRS information on all their customers, even without the IRS knowing who they are, or if they are doing anything wrong.  I won’t dive into my thoughts on John Doe summons being good or bad, but, this shows that IRS is coming after crypto, and it doesn’t even know if there is wrong doing, they are simply fishing at this point. One point to note, is that they are only going after customers with more than 20,000 dollar’s worth of transactions under their belt.

Here is a little bit from the IRS Commissioner Chuck Rettig on the summons:

“There is no excuse for taxpayers continuing to fail to report the income earned and taxes due from virtual currency transactions. This John Doe summons is part of our effort to uncover those who are trying to skirt reporting and avoid paying their fair share.”

A couple of thoughts/questions on this.

One, if people are realizing gains in USD, then taxes should be paid on this according to basic tax code. I am not arguing against that, at least not in this post, but don’t be fooled, this is more than just that, they are also looking into the gains made from exchanging one crypto to another.  This I do have a real concern about. How and why does the IRS get to attach a USD value/gain to a transaction that is has no realized gain in USD? Crypto has put itself in this boat, by always equating whatever it is doing to USD, though.

Next, anytime a government official uses the term “Fair Share” you should dig deeper.  I never trust any thought process that leaves vague the amount of money they are going to take from me.

Also, there are plenty of excuses on why someone would fail to report, just not that are legal or acceptable to Chuck Rettig.

Kraken has not responded yet, so this should be interesting. Jesse Powell, the Kraken CEO is smart and seems to be a pretty good guy and straight shooter.  I came across an interview with him that is about a month old. The title of the spot interested me. It just may be a little foreshadowing of how Kraken makes its next moves. Take a look. Jesse Powell Interview