Encryption is a security term that gets thrown around alot most people likely have heard of it and they have a general idea of what it is.  The definition of encryption is the encoding of information converting the original information know as plain text to an alternate format know as ciphertext. This ciphertext is then decoded by only parties that are allowed to access said information.This is usually accomplished with an algorithm generating a pseudo random Encryption key. You may decrypt the message or stored files without a key  but for better designed encryption considerable skill and computational power are required.

Historically various forms of encryption where used in military message from symbol replacement that require the cipher or key to decode. This symbol replacement practice was used  in Egypt ancient Greece and Rome as far back as 1900bc. This worked until an Arab mathematician  Al kindi developed a technique known as frequency analysis around 800ad. Utilizing the frequency of symbols in a encrypted message to determine appropriateness of a possible shift to determine a key without prior knowledge. This form of decryption was then made ineffective by the introduction of multiple languages increasing the symbols added another layer of encryption. This is why that there's no perfect form of encryption and that still true even today.

Military research in the early  20th century based on a theorized cipher perposed originally by Thomas Jefferson. The M94 witch was the first functional application cipher of randomly jumbled English letters which could be decoded with a corresponding identical cipher. M94 was improved upon with the invention of the enigma machine. The enigma machine introduced a variable cipher that changed on a  daily basis.

Fast forward to modern era and the encryption used on the internet and in electronics must constantly evolve as computing power increases to provide security. Including many different forms of encryption with varying levels of security. This leads many people to believe that they are all the same this unfortunately is far from the truth.

Including the apple  approach of data wiping  to the  least effective approach utilized by Microsoft and Google that keeps a record of the files in question unencrypted on their server. This backup record will not be encrypted and you can see why this isn't ideal.

Commonly used in apple products  this can be used to either delete everything encrypted or in other cases specified data such as personal information like social security number banking numbers etc.  Apple uses the delete everything approach wiping all deception keys on the  device rendering the users data inaccessible.

Protection for messages and other forms of communication such as email. Open pgp is the industry standard for message encryption and one form or another is what windows pc android and Linux products use from factory. The open pgp cipher is not incredibly safe and several forms have gone obsolete. Everything that predates 2007 is considered unsecured by today's requirements. In 2012 the standard open pgp security was around 4880 bits . To put this into context 56 bit systems developed in the late 90s are far from secure on the opposite end of the spectrum decryption of a 2048bit system can be considered nearly impossible to decrypt.

Contries utilize a (TSL) transport layer security this functionally is a man in the middle attack that has been institutionaly sanctioned this is done to exert control or censorship. This is why most windows and Androids are not secure because both the companies as well as governing bodies have access. This is far from ideal because  these  (TSL) security systems are regularly hacked.

This was previously mentioned with the data wiping description. first introduced in windows 8.1 most pcs are encrypted from factory settings however it's limited to just drive encryption and has many  issues stemming from the fact that the recovery key is stored on Microsoft servers. In addition to making it easier for you to recover your data without the password and when ever a governing body wants access. They allow hackers to more easily access a password protected device or drive. This is why most windows users have to install different forms of encryption services for legitimate security.

Android gets a little more complicated but versions 7.0-9 support full disc encryption however android 10 and higher use file based encryption.  The difference between the two is  file based is multi layered encryption where as drive encryption is  a  lesser form. With  a  bare minimum of 128 bits or more  for the  key size android encryption on the lower  end of the scale is almost obsolete. The major  issue with the  factory encryption of Android is again administrative Google can reset your account credentials resetting the pin. This is in direct contrast to apples data wiping which is secure regardless of whom is trying to access the information.

There are plenty of options available for encryption of devices  after market. This means that the encryption will be added by the user after purchase.  The number of services that provides you with a form of  either data encryption or message encryption is large  ill attempt to make articles addressing some of them in the future.


Please note that I'm not going to explain (TOR) the onion  router or multi server encryption because these topics deserve a article just to explain on their own.

Utilizing secure versions of (AES), (RSA)and open pgp obtained from oppen source libraries that do not have any of the built in backdoors mentioned previously.

Plus $5.00 month: 1 user, 5 gb encrypted storage, 5 email address , 1000 messages a day 200 folders, normal support?,1 custom domain, email filters, and  auto response functionality. This is the one I use

Proton's zero access design encrypts data in a way that is inaccessible to them. Meaning that they encrypt it on the  user side  using an encryption key that they don't have access to. This is in direct contrast with the typical encryption of Android and pc.

Even though the information is secure when sending over Proton mail  they allow users to setup a self-destruction feature witch can delete emails on a specific time line. This works for both encrypted email and email sent to a non encrypted account.  This is similar to snap chat a form of efemeral  communication.

Featuring a SSL secured connection that ensures that the web page on  your browser loading your email or storage from has not been tampered with. This means that you are not susceptible to man in the middle attack  or government invasion of privacy.

The last feature which I will discuss is the ability to send pword encrypted email to Gmail yahoo aol ect. This is only accessible via a password that you share with them. If you want to send a regular email then just disable this function.

if your a fan of this type of content please share like and subscribe ill be writing every day again. this is the fourth in the security series ill post links to the first three below. any suggestions on future topics or just more security services you want covered leave it in the comments.

A blog dedicated to crypto market flux & how global events impact./ for my first post ill leave some links that resonated with me. https://www.coindesk.com/markets-daily-crypto-news-roundup-for-jan-16-2020 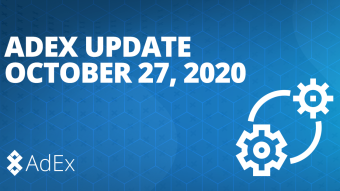 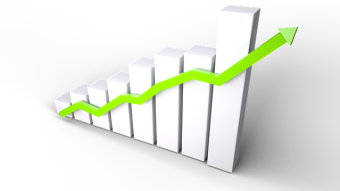 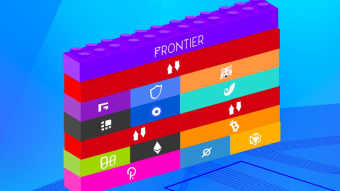