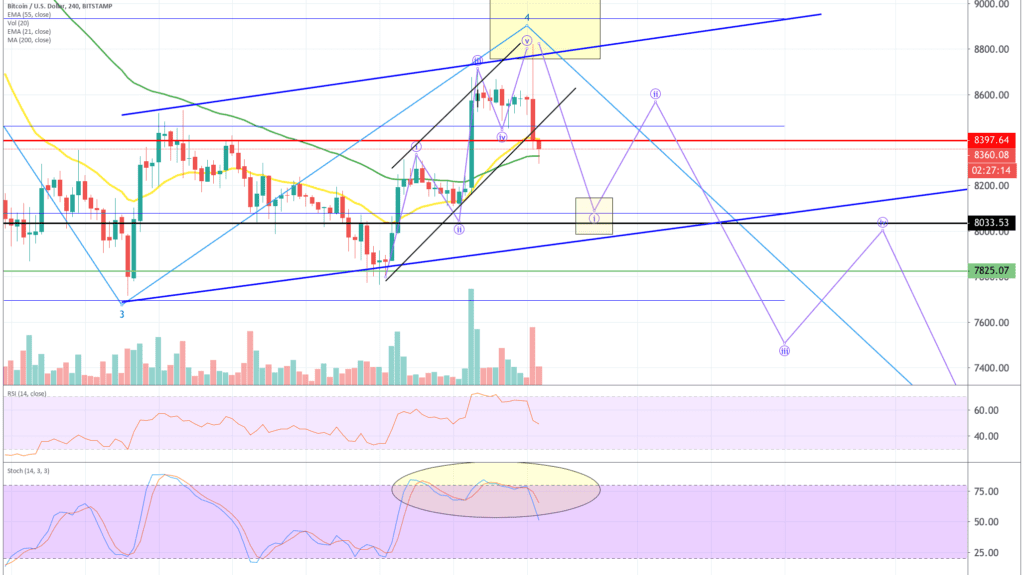 At the time of writing, Bitcoin (BTC) uses a price of $8,360 at Bitstamp. Are we bearish again? Read the technical analysis.

The daily overview shows that Bitcoin closed itself very ugly yesterday (figure 1 below, red.) As it happens we're dealing with a Doji star candlestick.

When Bitcoin also closes in red today, the Doji star will be confirmed and it doesn't look good for Bitcoin.

For the rest it doesn't look good for Bitcoin either, as we're again closed below the DMA-200 (Daily Moving Average).

This in combination with the Elliott Wave theory, of which it is very likely, that the wave 4 has ended and we now start with the wave 5. 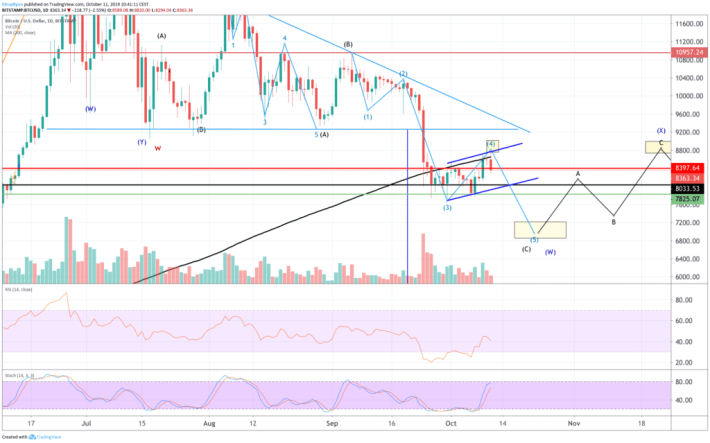 On the 4 hour overview you can clearly see that Bitcoin had made a big move up, with a quick crash as a result (figure 2 below, red.).

In my opinion the crash we see in Bitcoin has to do with the considerable resistance which is located in this zone. After another rejection in this zone, the sentiment seems to be switched.

Also the STOCH Indicator on the 4 o'clock timeframe looks tired and because of the big sell-off it is now also confirmed downwards.

Another good thing to see on the 4 hour time frame is that we fell out of its uptrend channel. 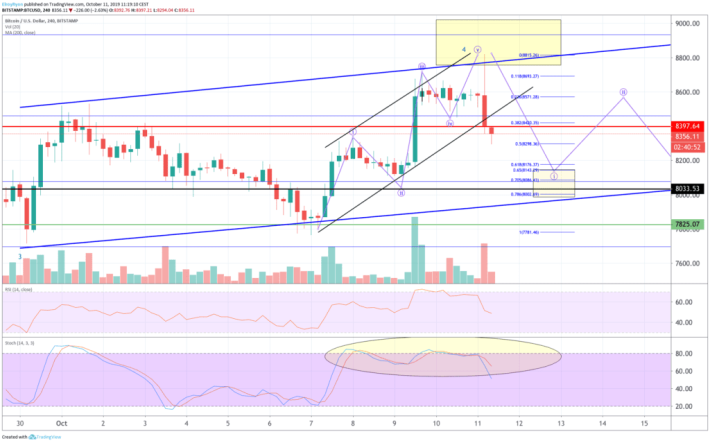 The bearish candlestick, on the 4 o'clock timeframe, says a lot in my eyes. A not a good signal at all! (figure 3 below, ed.).

All in all, it doesn't look good. That's why the short term and long term insights are shown below. 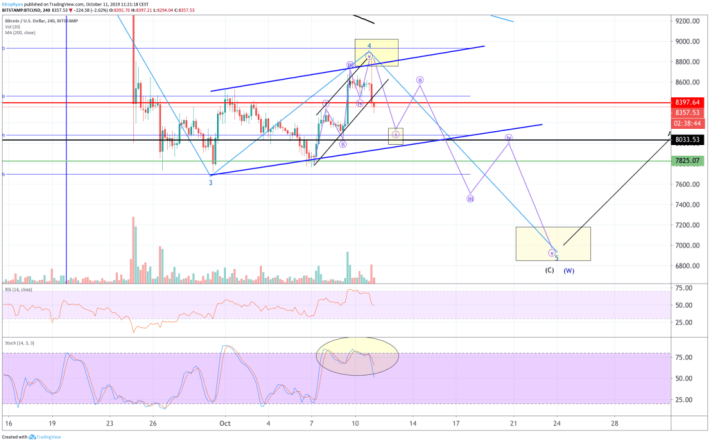 Is there a firm bounce coming?

However, we will have to keep a close eye on the price action for this. Because the weekend is also coming up and in the weekend we often see some thinner orderbooks. 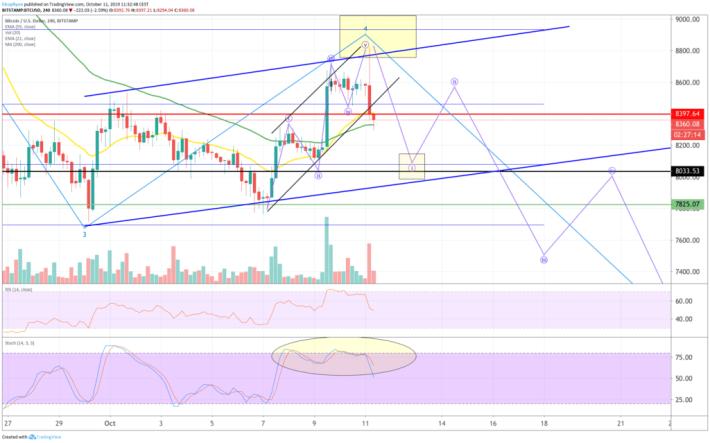