Weekly Crypto News Roundup - 27th of April - 2nd of May 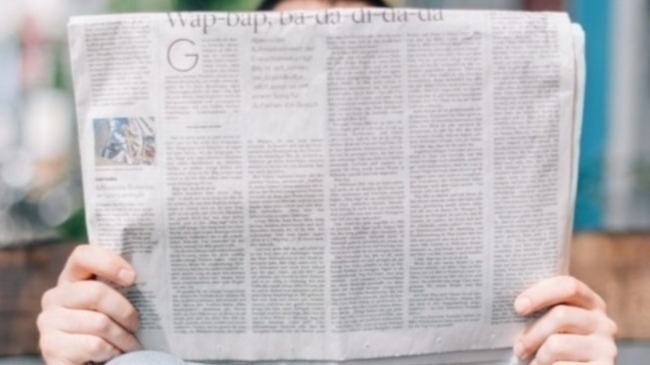 Weekly Crypto News Roundup - 27th of April - 2nd of May

The Silicon Valley-based venture capital giant Andreessen Horowitz has just announced a new cryptocurrency fund worth over half a billion dollars. The firm boosted cryptocurrency markets with the first iteration of funding and is now hoping to make an even bigger splash.

A couple of years after raising $300 million for its first crypto-focused investment fund, Andreessen Horowitz is working on a second version, also devoted to the digital asset industry. According to the company statement, the ‘Crypto Fund II’ has successfully raised $515 million to invest in cryptocurrency networks and businesses. To read the full article, click here.

One of the most prominent examples of blockchain applications in smartphones is the EXODUS smartphone, which was launched in 2018 by HTC, a Taiwanese phone maker. Now, on April 29, 2020, the company has announced some new upgrades to the device. To read more about the update, click here.

The Tether Treasury has issued another 80M USDT in what now seems like a normal daily occurrence. Tether is now on track to soon hit $8 billion in total USDT with its latest issuances. However, critics of the unaudited stablecoin are only getting louder.

At the time of publishing, Tether Transparency claims that the total assets in USDT amount to $7,837,501,743. That’s an increase of some $837 million in USDT in just 11 days. However, as one user points out, this number does not include the $80M issued today. It seems that Tether’s own ‘transparency’ numbers are not even updated in real-time. To read the full article, click here.

90 Percent of Cryptocurrency Firms May Be Bankrupt in Six Months: Swiss Blockchain Federation

The Swiss Blockchain Federation has reported that up to 90 percent of cryptocurrency and blockchain firms in Switzerland could be bankrupt in six months without any government intervention. This is due to the ongoing COVID-19 situation which has severely hampered the industry’s activities. To read the full article, click here.

With time before the third Bitcoin halving event running out, interest in the search term “Bitcoin halving” has never been greater. Google Trends shows the number of searches for the term has been growing throughout April. That said, the data show that Google interest in Bitcoin itself is nowhere near levels that took the price to its all-time high. This suggests that many of the investors that pushed prices just shy of $20,000 in late-2017 are still not paying attention. To read the article, click here.

Once again, the leading cryptocurrency exchange platform Coinbase has experienced a bit of unexpected downtime. Like previous examples, the drop in service coincided with sudden swings of Bitcoin volatility. Many in the community decry the company’s woeful lack of preparedness for heightened traffic whereas others suspect malpractice. What do you think? To read the full article, click here.

CFTC Commissioner Brian Quintenz has announced he is stepping down from his role. He has often advocated for the self-regulation of the cryptocurrency industry.Commonly known as a friend of the cryptocurrency industry, Brian Quintenz is stepping down. He has held his post at the CFTC for five years. What do you think about this? If you want to read the full article, click here.

According to a new announcement, the Chinese state has approved another 224 blockchain-related projects. Blockchain projects in China need to be approved to be added to a registry. The state has been ramping up such approvals and has now announced it is allowing another 224 projects to proceed. To read the full article, click here.

Grayscale Investments claims to have purchased almost half of all of the Ethereum mined so far in 2020. The asset management firm has seen a considerable spike in institutional investment — some even willing to buy into the trust at a hefty premium.

The Grayscale Ethereum Trust has reportedly purchased 48.4 percent of all the ETH that has been mined so far in 2020, according to a report that was published by Grayscale Investments on March 20, 2020. To read the full article, click here.

BOLT Accused of Fudging Numbers to Enrich Itself During Token Swap

BOLT has been conducting a token swap from Binance Chain to Ethereum for some time. However, some are noticing that the transaction history recorded on the blockchain doesn’t quite add up. What do you think? If you want to read the full article, click here.