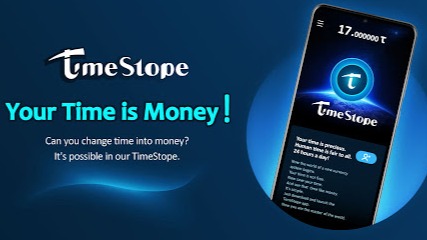 hello there my friends today we are going to review a brand new cryptocurrency , if you've been searching for timestope trying to find a neutral review you've found the right place.

Timestope seems to have a really interesting beginning and it is very similar to what pi is doing in pi network crypto, it's simply this idea that bitcoin started out with pure motives it started out with this idea by satoshi that anybody could get in on this digital currency you could just spin up a computer and start mining, it was truly a currency for the masses however because nobody really knew where crypto was going to go , in addition to that pi and timestope wanted to make mining more accessible , there's lots of people that want to get in on mining something rather than buying something and i get that because we don't have the resources and the money to get involved in a crypto we want to go back to the old days of bitcoin and get in on something as an early adopter and mine free or essentially free just like old school cpu miners who have now sold all their bitcoin and driving around in lambos .

Timestope offers the ability for lots of users to get in on this early and ramp up user adoption into millions of users seemingly overnight ,that's awesome i understand why the drive in the supply and demand are there for a different kind of crypto like timestope.

in the white paper of the app they talk about their perception of the problem that the supply of bitcoin remember it's 21 million total is simply too small to support the entire user base now again i disagree with this philosophy simply because bitcoin even though it is 21 million can be split into smaller increments called satoshis and so wheter bitcoin stays at thirty six thousand it goes down to one thousand it goes up to a million dollars in five years  whatever the number is it split up into divisions and so because of that it gives us the ability to where bitcoin is attainable so i don't think this whole issue of 21 million supply is too small .

the awesome thing about timestope is that it is incentivizing its users in a way that says hey you can get in on this early and you can mine in a fair way without having to go buy something , i get the adoption goes up so let's take advantage of that so how does that work with timestope?

the thing they talk about in the white paper and i think this is really pretty awesome i think it is kind of a brilliant idea , they say you know there's one constant in this universe and mayve einstein would disagree with what i am about to say but at least locally here on earth with you and me there's one constant and it is that of time.

time is something that we are all granted , you get 24 hours in your day , i get 24 hours in my day, i have the same amount of increments of minutes and hours in my day that everybody else gets from the richest person in the world to the very poorest , we are all equal in that regard so why don't we use this idea of a constant of time that we are all granted to develop a crypto that incentivizes based upon that concept that is the idea of timestope it is a universal equilibrium that we all have in an equal basis and so timestope uses this idea of time in 24 hour periods to build a cryptocurrency in which you are mining and you are building into this system by giving your valuable time , now don't think of it as time like i am sitting in front of an app and just waiting and waiting and looking at ads or something like that , no no, it is just simply using the constant of time to say this is something we all have fairly and let's use that as the basis to generate timestope itself and so they call you as an active miner in the system a witness and so while you are working while you are active here's the way the distribution model  works , you get 60 of what you earn and 40 which seems really high goes to the person who invited you and to make it more fair like pi each person can only have one account with the help of a witness, and since i don't want to be a pumper i won't be giving price speculations, last thing i want to cover is that the creaters and founders of timestope are all south koreans and it seems like they know what they are doing .

let's see where the mining will lead us and until then happy mining!

install it on android

Alway looking for a new path

In this blog you will receive crypto related info from a crypto enthusiast. 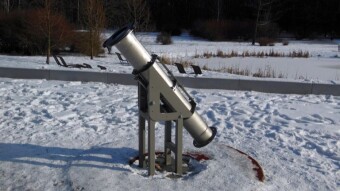 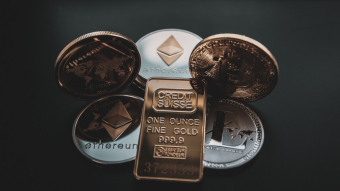