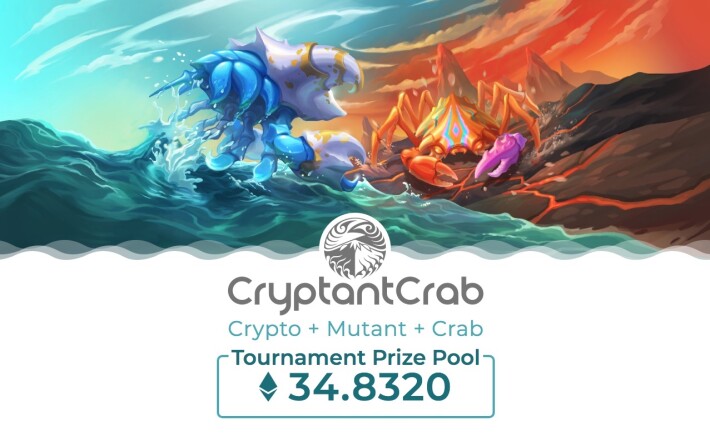 The First CryptantCrab tournament is LIVE and will end on September 5th, 2019 UTC 00:00.

Launching 3 days ago with just 32 ETH, the prize pool has grown to 34.83 ETH and will continue to grow until the very last minute of the Tournament! The prize pool comes with over 100 CryptantCrabs to be won, bringing the Tournament’s value to over $10,000 USD in Prizes!

Journey into the world of CryptantCrab to collect, mutate, and battle with vibrant digital crabs against players all over the world. Each CryptantCrab is imbued the element of Water, Fire, Earth, Metal or Spirit. These elements share a chaotic relationship where one element counters another. Winning in battles means a level harnessing of these elements. Think you have what it takes? 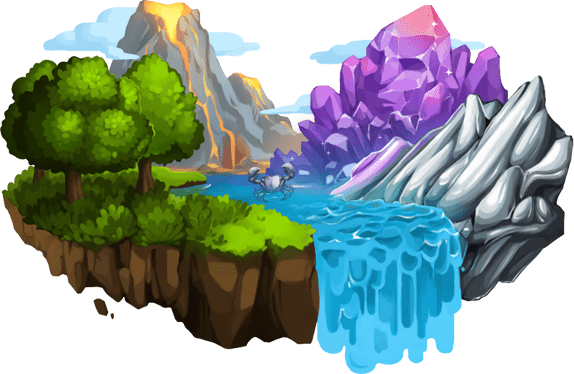 In CryptantCrab, players are rewarded based on their ranking at the end of each 5-day Battle Arena. Rewards come in the form of Cryptant to mutate your crab with, or even entire CryptantCrabs which can be traded for ETH.

Welcome to the First CryptantCrab Tournament!

The Tournament is the culmination of ETH gathered through all the Battle Arenas that have taken place before, amassing to 34.83 ETH and more!

Strategic play is now more important than ever, not only because it’s tied to amazing rewards, but also because it costs a Crab Token. Unlike stamina Crab Tokens do not regenerate, and every competitor is limited to the tokens they obtain. This gives every battle in the Tournament the weight it deserves!

Each battle in the Tournament gets you closer to Prime Hero and Prime Elite status, where 75% of the Prize Pool and 55 CryptantCrabs are waiting to be claimed. 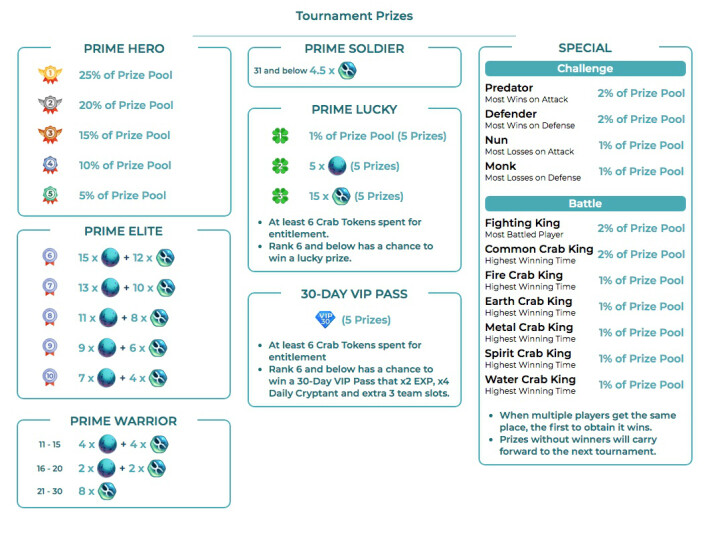 Lucky Prizes
Contestants ranked 6 and below are entered into a raffle draw for Lucky Prizes upon their sixth battle in the Tournament. These prizes are split between 5 winners each, featuring 5% of the Prize Pool, 25 crabs, and 75 Cryptants.

Contestants also stand a chance to win a 30-Day VIP Pass, which provides many benefits such as Double EXP, x4 Daily Cryptant and 3 Extra Team Slots.

Special Prizes will be awarded to those who manage to fall into unique categories during the Tournament. These categories range from being a poised Defender with unbreakable defense, to being a pacifist Monk with most defensive losses.

Guaranteed Prizes
All participants are guaranteed at the end of the Tournament a Prize worth at least 4.5x Cryptant’s value, which is 0.099 ETH at the time of writing!

Join now the Tournament now and battle for True Supremacy, where over $10,000 USD in Prizes await!

Signing Up| What is CryptantCrab? | Beginner’s Guide | Advanced Guide | Mutations and Xenograft | Challenge

Follow us for articles, blogposts and guides on our revolutionary battle collectible game! https://www.cryptantcrab.io