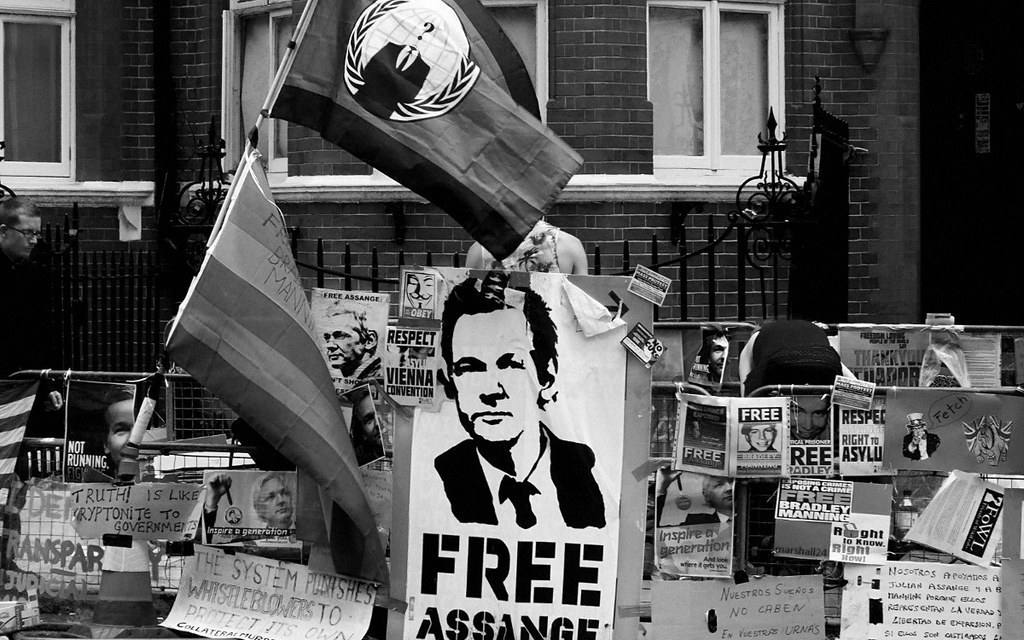 After arrest of Assange, donations in bitcoins to Wikileaks are increased

After the arrest of the founder of Wikileaks, Julian Assange, in England, the number of donations in BTC to the firm has increased: at the time of writing this note, more than 80 transactions have been made to its Bitcoin address for donations.

It can be confirmed through the browser of blockchain.com that to date said address has received a total of 197 transactions. The oldest of them was registered on February 20 of last year. That is, in 14 months he received just over 100 transactions; while during the last hours of this Thursday, April 11, more than 80 transactions have been registered.

As for the total amount, the record reflects 5.3155 BTC, which is equivalent to USD 27,000, according to the current market price of Live Coin Watch: USD 5,050 at the time of writing this note.

In 2011, after traditional payment methods such as Visa, MasterCard, PayPal and Bank of America blocked transactions to Wikileaks, they began accepting donations in bitcoin. Since then, in that first address used to receive the donations, they managed to accumulate a total of 4,042.85 BTC, which at the current price would amount to more than USD 20,000,000.

The Ecuadorian government, led by Lenin Moreno, withdrew Thursday the asylum maintained by Assange in the embassy of that country in England. Then, the founder of Wikileaks was arrested by English authorities and taken to court, where he is expected to be tried in the next few hours.