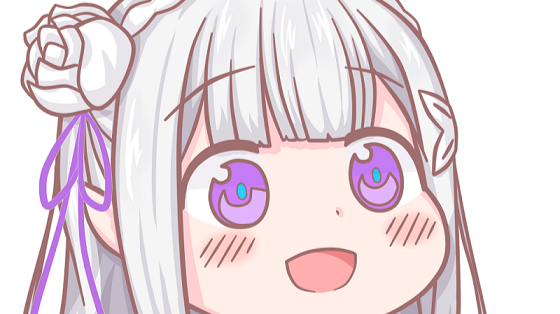 What I've Been Watching Lately: Re:Zero

Lucky for you! This post won't have spoilers for the newest anime season. In fact, I won't even spoil too much of the plot so people could look this up.

Lately, I have been brushing up on my Re:Zero lore since the second season has been out and is ongoing. A lot of it is reading. A good chunk of it is also rewatching the first season to set the pacing for my expectations for season 2.

Re:Zero isn't your average isekai adventure where you have an OP main character. In fact, this series has one of the most realistic main protagonists I have seen. Unlike Konosuba, this series is anything but comedic. Sure, it has its fun moments, but the dark realities overshadow those tender moments with ease.

Imagine being a normal human in a world with powerful magic and dangerous beasts. This is the new life of Subaru, the story's main character. He has no apparent special powers. He has no divine protection. He has to start from zero. But, there's one catch.

He has the power to "return by death". A blessing/curse granted by one of the most powerful beings in the new world he found himself in. Sounds awesome, right? Not exactly.

Return by death is like respawning at a previous "save point". Many of us are familiar with that concept. Like in a video game, your character may retain the experiences, but nothing else. You retain the memories of "attempts past", but (almost) nobody else knows. Worse, our protagonist has no idea where the last save point is or if he actually has infinite lives to die on. Oh, and this ability doesn't protect him from the physical and emotional trauma of dying.

The series portrays the incredible sufferings and loneliness of Subaru's journey. To trial and error over and over again until he reaches a desired outcome. Even then, sometimes things still don't play out the way he'd hoped. Through that journey, we come to appreciate his strong will and mental fortitude.

To me, using a common mechanic from gaming is one of the most brilliant ideas of the series. Of course, Re:Zero is not the first to come up with similar concept. But, it's presented it in a way that many of us could relate.

Like almost all other series, the intros and outros have the same themes as the shows. The lyrics, which aren't too hard to find, also reinforce that point. Here are the season 1 intros and outros

One of the most tear jerking segment in the first outro is the part where they held hands as they were dying.

Here are the season 2 opening and ending so far:

Like Konosuba, this is a series where I would definitely purchase the light novels. There's a rich world to discover and understand. I wouldn't mind having the entire Re:Zero series on my bookshelf in the future.

Oh, fun fact, the authors of Re:Zero and Konosuba are actually friends in real life.

With that said, you should give Re:Zero a try. It's a great series.